Integrins are proteins that function mechanically, by attaching the cell cytoskeleton to the extracellular matrix (ECM), and biochemically, by sensing whether adhesion has occurred. The integrin family of proteins consists of alpha and beta subtypes, which form transmembrane heterodimers. Integrins function as adhesion receptors for extracellular ligands and transduce biochemical signals into the cell, through downstream effector proteins. Remarkably, they function bidirectionally, meaning they can transmit information both outside-in and inside-out. Each integrin heterodimer consists of an alpha (α) and a beta (β) subunit associated by noncovalent interactions forming an extracellular ligand-binding head, two multi-domain `legs’, two single-pass transmembrane helices and two short cytoplasmic tails. The α and β groups show no homology to each other, however, conserved regions are found among subtypes of both groups.

The α subunit leg consists of a thigh and 2 calf domains that support the ligand binding head formed by a β-propeller domain with 7 repeats forming the blades (shown as a cylinder in the figure below). Some of the propeller blade domains contain calcium binding EF-hand domains on the lower side; these allosterically affect ligand binding. An additional αI (interactive) domain containing ~200 residues are present in some vertebrate α chains [4] (nine human α subtypes) between the propeller repeats 2 and 3. This contains a metal-ion dependent adhesion site (MIDAS) which is important for ligand binding. 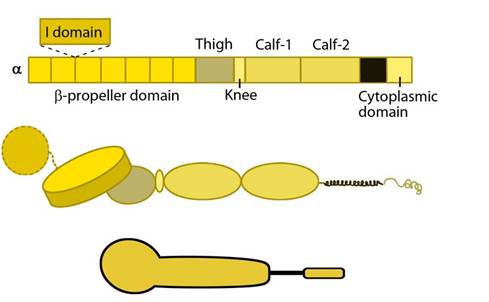 The β subunit comprises of 4 cysteine-rich epidermal growth factor (EGF) repeats, a hybrid domain (split in sequence), an I-like domain (βI) and a plexin-sempahorin-integrin (PSI) domain. The contains βI domain contains a MIDAS site for ligand binding and additional regulatory site “adjacent to MIDAS” or ADMIDAS, inhibited by Ca2+ and activated by Mn2+ for ligand binding. 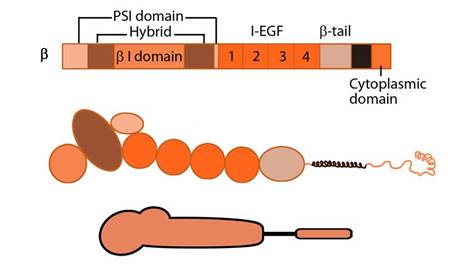 Integrin β-1 (ITGB1), also known as CD29, is a cell surface receptor encoded by the ITGB1 gene. This integrin binds to integrin α1 and integrin α2 to form an integrin complex that functions as a collagen receptor. It also forms a dimer with integrin α3, thereby forming integrin receptors for netrin 1 and reelin. These and other integrin β1 complexes have historically been referred to as very late activation (VLA) antigens. Integrin β1 is expressed as at least four different isoforms. In cardiac muscle and skeletal muscle, the integrin β-1D isoform is specifically expressed and located in the ribs, where it helps to transfer lateral forces from the Z disc to the extracellular matrix. Abnormal integrin β-1D levels are found in limb girdle muscular atrophy and polyneuropathy. 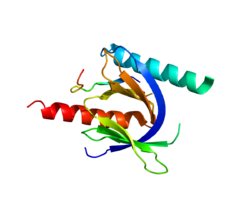 In molecular biology, CD18 (Integrin β chain 2) is an integrin β chain protein, which is encoded by the human ITGB2 gene. When combined with one of many alpha chains, CD18 is able to form a variety of heterodimers that play an important role in cell adhesion and cell surface signalling, as well as in immune responses. CD18 also exists in a soluble ligand-bound form. The lack of CD18 expression causes adhesion defects in human circulating leukocytes, which reduces the immune system's ability to resist foreign invaders. In humans, the lack of functional CD18 results in defects in leukocyte adhesion, a disease that lacks extravasation of leukocytes. Blood enters the tissue, which is the inability of circulating white blood cells to respond to foreign bodies present in the tissue. This then reduces the individual's immune system's ability to fight infections, making them more susceptible to foreign infections than people with functional CD18 proteins. It has also been found that β2 integrins are in a soluble form, which means they are present in the plasma of the cell and are capable of binding to the ligand. Soluble β2 integrin binds to the ligand, and plasma levels are inversely related to the disease activity of spinal arthritis of autoimmune disease. 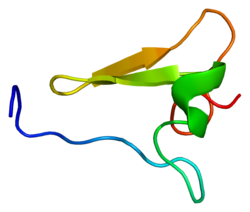 Integrin beta-3 (β3) or CD61 is a protein that in humans is encoded by the ITGB3 gene. CD61 is a cluster of differentiation found on thrombocytes. 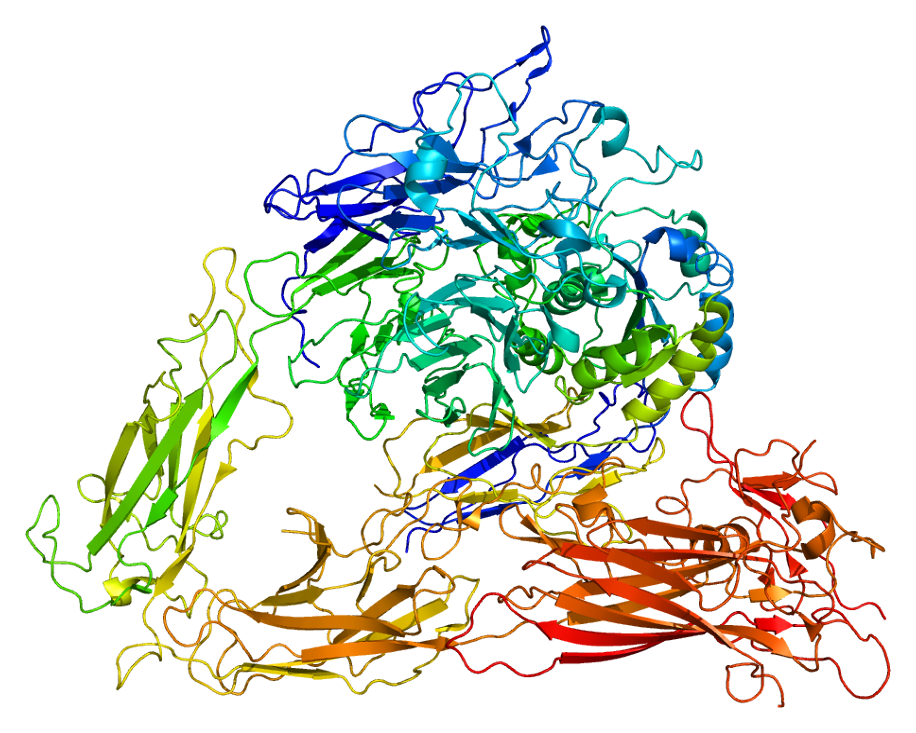 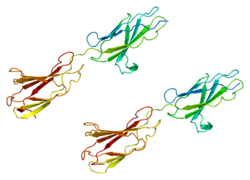 Integrin beta-7 is an integrin protein that is encoded by the ITGB7 gene in humans. Like all integrin subunits, β7 is a highly flexible membrane-bound extracellular protein that must be paired with an alpha subunit. For stability. The flexibility of the molecule allows it to dynamically adjust its affinity for ligands through conformational changes. Β7 starts at the top of the protein and is furthest from the cell membrane. Β7 consists of the head and thighs, collectively referred to as the head piece, calf, transmembrane domain and Cytoplasmic tail. The top of the head is a type I domain, sometimes also called a βI domain, which can bind to the ligand by binding to the α subunit. Directly below it is a hybrid domain, a portion of which is at the N-terminus of the I-like domain. Below the mixed domain is the PSI domain, which forms the headset. The lower leg is composed of EGF domains 1-4 and β-tail domain. Finally, there is a transmembrane domain and a C-terminal cytoplasmic tail. 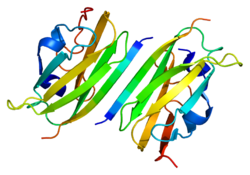