Chaperone refers to those proteins that assist in folding/unfolding, assembly/disassembly of other macromolecular structures, and stop working after these macromolecular structures have normal biological functions. Chaperone proteins can prevent the formation of incorrectly folded intermediates and incorrect aggregation of unassembled protein subunits, assist in the transmembrane transport of polypeptide chains, and the assembly and disassembly of large multi-subunit proteins. 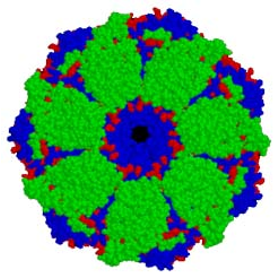 Figure 1. A top-view of the GroES/GroEL bacterial chaperone complex model.

This general recognition that chaperones are involved in folding is wrong. The first protein, called a chaperone protein, assisted in assembling folded histones and DNA molecules into nucleosomes. This assembly chaperone protein, especially in the nucleus, is mainly responsible for assembling folded subunits into oligomers structure. Chaperone proteins do not have the need to convey the stereo information required for protein folding, so those claims about "chaperone folding proteins" are misleading. One of the main functions of chaperone proteins is to prevent newly synthesized polypeptide chains and newly assembled subunits from incorrectly aggregating into non-functional structures. Many chaperone proteins (but not all) are therefore heat shock proteins, as the tendency to polymerize increases as the protein denatures due to stress. However, "spatial chaperones" directly assist in the folding of specific proteins by providing essential spatial information, such as prodomains of bacterial proteases and special folding positions of lipases. Many chaperone proteins are heat shock proteins, proteins that are expressed in response to elevated temperatures or other cellular stress. This phenomenon occurs because protein folding is severely affected by heat, so some molecular partners play a role in preventing or correcting damage caused by folding errors. Large molecule crowding can be important in partner function. The crowded environment of the cytoplasm can speed up the folding process because tightly folded proteins occupy less volume than unfolded protein chains. However, crowding can reduce the yield of correctly folded proteins by increasing protein aggregation. Crowding can also increase the effectiveness of chaperone proteins such as GroEL, which can offset this reduction in folding efficiency.

Heat shock protein 90kDaβ member 1 (HSP90B1), also known as endoplasmin, gp96, grp94 or ERp99, is a chaperone protein encoded by the HSP90B1 gene. HSP90B1 is a HSP90 paralog found in the endoplasmic reticulum. It plays a key role in folding secretory pathways such as Toll-like receptors and integrins. It is considered an essential immune partner to regulate innate and adaptive immunity. The tumor-derived HSP90B1 (vitespen) has entered clinical trials for cancer immunotherapy. grp94 has been proven to be a target for the treatment of many diseases, such as glaucoma, multiple myeloma, and metastatic cancer. grp94 contains 5 different amino acids in its primary sequence and can generate 2 unique sub-pockets S1 and S2. These sub-pockets have been used in current research to inhibit molecular chaperones because their guest proteins appear to be upregulated in cancer cells. 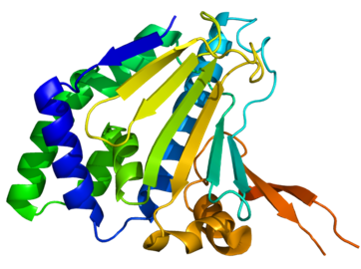 Protein disulfide isomerase or PDI is an enzyme in the endoplasmic reticulum (ER) in eukaryotes and bacterial periplasm. When folded, they catalyze the formation of disulfide bonds between cysteine residues in proteins and fracture. This allows the protein to quickly find the correct arrangement of disulfide bonds in its fully folded state, so the enzyme can catalyze protein folding. 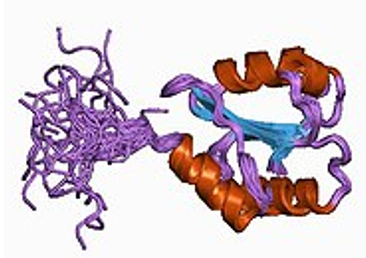 Calcium binding protein is a chaperone protein, which is characterized by assisting protein folding and quality control, ensuring that only proteins that are correctly folded and assembled can proceed further along the secretory pathway. It is specifically designed to retain unfolded or unassembled N-linked glycoproteins in the ER. 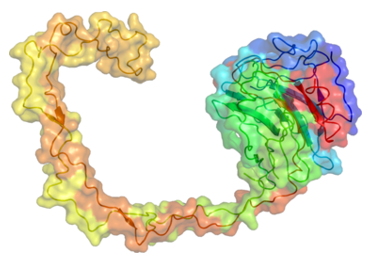