What Are Cytoplasmic Proteins

Cytoplasmic proteins are isolated from approximately 200 types of different normal tissues of human adult and fetal, human diseased and tumor tissues, mouse, rat, and monkey tissues. They could be used for electrophoresis, Western blotting, immunoprecipitation, enzymatic activity analysis, protein-protein interaction analysis and tissue specific expression identification. The cytoplasmic proteins are ideal products for researchers who are interested in proteins located in cytosols. Many functions of cytoplasmic proteins have been studied, such as regulating the mitochondrial protein synthesis and Potassium sensor.

Nuclear Proteins to the Cytoplasm

NF-AT family of transcription factors are expressed in most tissues. In lymphocytes they are observed to participate in the activation of immune responses. NF-ATc is expressed mainly in lymphoid tissues and is involved in the activation of early response genes, including interleukin-2 (IL-2), IL-4, CD40 ligand and Fas ligand. In other cells, NF-ATc is located in the cytoplasm. Stimulation of antigen receptor initiates Ca2+ signals which result in the rapid translocation of NF-ATc to the nucleus. A small protein containing a potential nuclear export signal (NES) is linked to a protein located in the nucleus by application of a nuclear localization signal (NLS). Functional NESs has the ability to directly export the nuclear protein. This conditional linkage is mediated by rapamycin, a membrane-permeable macrolide that binds the immunophilin FK506-binding protein-12 (FKBP12). The FKBP12–rapamycin (FR) complex interacts with the FR-binding (FRB) domain of the FR-associated protein (FRAP). Two chimeric proteins, containing FKBP12 and the FRB domain respectively, can be linked in cells by the occurrence of rapamycin. Other proteins which shuttle between the nucleus and the cytoplasm contain dedicated NESs; including human immunodeficiency virus-1 (HIV-1) Rev, cAMP-dependent protein kinase inhibitor (PKI), RanBP1, and TFIIIA.

The Role of Cytoplasmic Proteins in Regulating mitochondrial protein synthesis

Kbp (K+ binding protein) is a soluble 16-kDa cytoplasmic protein excreted from Escherichia coli, is a specific K+ binding protein and is required for normal growth in the presence of high levels of external K+. Kbp selectively binds a single K+ and larger alkali metal ions such as Rb+ and Cs+ but does not bind the smaller Na+ ion, and in this respect has an ion specificity similar to that of K+ channels. As a K+ binding protein, production of Kbp upregulated on osmotic stress with NaCl. The soluble cytoplasmic protein Kbp could be directly involved in K+ homeostasis. Kbp is located in the cytoplasm, and contains an N-terminal BON (bacterial OsmY and nodulation) domain and a C-terminal LysM (lysin motif) domain. The LysM domain is associated with peptidoglycan binding. The BON domain is a membrane-associated phospholipid binding domain. Both the BON and LysM domains of Kbp are required for full K+ binding. 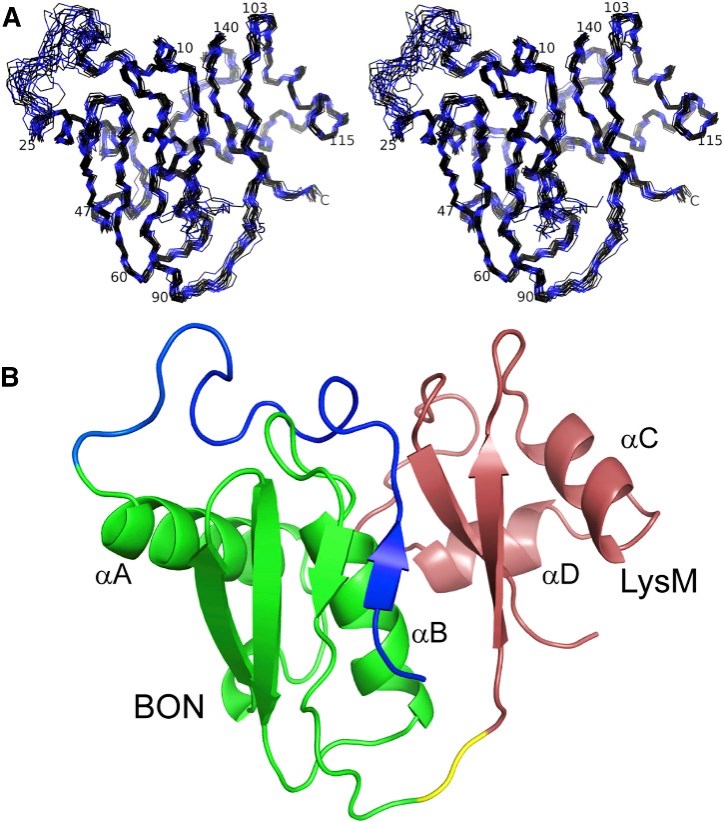 Figure 2. The Structure of K+ -Saturated Kbp. Both the BON and LysM domains of Kbp are required for full K+ binding.

Regulation of the Distribution of Cytoplasmic Proteins

It has been reported that palmitoylation is an important mechanism for regulating the distribution of cytoplasmic substrate proteins into the different compartments. Palmitoylation (S-palmitoylation) is a lipid modification. Palmitic acid is covalent attached to cysteine residues in substrate proteins in palmitoylation. A large family of DHHC (Asp-His-His-Cys) proteins has emerged as protein palmitoyl acyltransferases. Palmitoylation is reversible and catalyzed by palmitoyl protein thioesterase (depalmitoylase). The reversible feature of palmitoylation provides a possible mechanism for protein shuttling between different intracellular compartments. Trafficking of Ras proteins is an example of non-transmembrane proteins that reach their final destination with the help of palmitoylation. Palmitoylated Ras (H-Ras and N-Ras) moves through the classical secretory pathway, from the Golgi to the plasma membrane. It’s believed that palmitoylation of Ras by DHHC proteins leads to increase in Golgi membrane affinity, which helps to recruit Ras to secretory vesicles. Ras can be depalmitoylated throughout the cell, for example at the plasma membrane, resulting in membrane release and cytosolic diffusion before it repalmitoylated in the Golgi. Instead of Ras-specific, palmitoylation cycling is likely a common process underlying the distribution of many palmitoylated proteins. Some studies revealed a crucial role of palmitoylation in regulating synapse function by affecting the localization of synaptic protein.