What is an enzyme?

Enzymes are biological macromolecules, including proteins and nucleic acids, which are produced by living cells and have high specificity and catalytic efficiency in vivo and in vitro. As early as 1926, Summer proposed that the chemical nature of enzymes is proteins. Later, Northrop further confirmed this conclusion. More than 20000 kinds of proteases have been found. The final product after acid-base hydrolysis is amino acid, which can be hydrolyzed by protease and inactivated. Biological macromolecules with spatial structure can cause enzyme denaturation and inactivation by any denaturation factor. Amphoteric electrolyte, which presents different ion states under different pH, swims to a certain electrode in the electric field, like protein, has colloidal properties that cannot pass through semi-permeable membrane, and has the chemical color reaction of protein. The above facts show that the enzyme is essentially a protein.

Figure 1. Enzyme and its tertiary structure.

The secondary structure (α-helix, β-fold, β-corner and irregular crimp) is dominated by β-folding. (2) The tertiary structure (subunit) is a spherical structure with a β-barrel formed by the right-hand rotation of the β-fold as the skeleton and the α-helix around or on both sides of it. (3) Quaternary structure: except for a few monomer enzymes, most enzymes are composed of multiple subunits. The subunits are mainly connected by non-covalent bonds, the number of subunits is mostly 2 or 4, and the subunits are the same or different. In oligomerase, each subunit is generally inactive, in multienzyme complex, each subunit has an active site, but each subunit catalyzes different biochemical reactions. 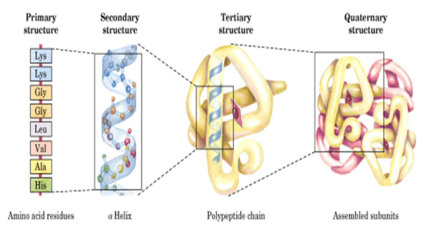 Figure 2. The structure of enzyme protein.

Difference between enzyme protein and protease

To understand enzyme proteins, we first need to distinguish between enzyme proteins and proteases. Many people think that the two are the same substance, but there are many differences between them. First of all, the properties of protease are different, protease is the general name of the enzyme that hydrolyzes the peptide chain of protein, and the enzyme protein is the pure protein part of the enzyme. Secondly, the effect of protease is different, protease has strict selectivity to the reaction substrate, a kind of protease can only act on certain peptide bonds in protein molecules, such as the peptide bonds formed by trypsin-catalyzed hydrolysis of basic amino acids. Enzyme proteins do not have catalytic activity when they exist alone, but show catalytic activity only when they combine with coenzyme factors to form holoenzymes. Finally, the scope of application is different, protease is an industrial enzyme preparation, which can catalyze the hydrolysis of proteins and peptides, and a large number of proteases are used in cheese production, meat tenderization and plant protein modification. In addition, pepsin, chymotrypsin, carboxypeptidase and aminopeptidase are all proteases in the digestive tract of the human body. Under the action of them, proteins ingested by the human body are hydrolyzed into small molecular peptides and amino acids. Enzyme protein is mainly used in the breeding industry, using plant protein as raw material, yeast as the main bacteria, supplemented by seven kinds of bacteria producing enzymes and vitamins for compound fermentation to improve the structure of plant protein and rich in digestive enzymes, bacterial proteins and vitamins, which can enhance chicken resistance and reduce mortality.

According to the characteristics of enzyme protein molecules, enzymes can be divided into four types. Monomeric enzyme: is generally composed of one peptide chain, such as lysozyme, carboxypeptidase A, but some monomer enzymes are composed of multiple peptide chains, such as chymotrypsin is composed of three peptide chains, which are connected by disulfide bonds to form a covalent whole. There are fewer kinds and more catalytic hydrolysis reactions.

Oligomeric enzyme: is an enzyme composed of two or more subunits. Subunits can be the same or different. Subunits are generally inactive. A considerable number of oligomerases are regulatory enzymes and play an important role in metabolic regulation.

The multienzyme complex: is composed of several enzymes intercalated by non-covalent bonds. All reactions are connected in turn, which is beneficial to the continuous progress of a series of reactions. Such as fatty acidsynthase.