Hypoxia inducible factor-1 (HIF-1) was first discovered by Semenza and Wang in 1992, and then the structure of HIF-1 was established and its cDNA was proved. Encoding order. HIF-1 is ubiquitous in human and mammalian cells and is also expressed under normal oxygen (21% O2), but the synthetic HIF-1 protein is quickly degraded by the intracellular oxygen-dependent ubiquitin protease degradation pathway. HIF-1 can be stably expressed under hypoxia. HIF-1 is a nuclear protein with transcriptional activity and has a fairly broad target gene spectrum, including nearly 100 target genes related to hypoxia adaptation, inflammation development, and tumor growth. When it binds to a target gene, it causes the body to produce a series of reactions through transcription and post-transcriptional regulation some reactions, although with adaptive compensation, also often cause pathological damage to the body, such as hypoxic pulmonary hypertension pulmonary hypertension (HPH), accelerated tumor growth. 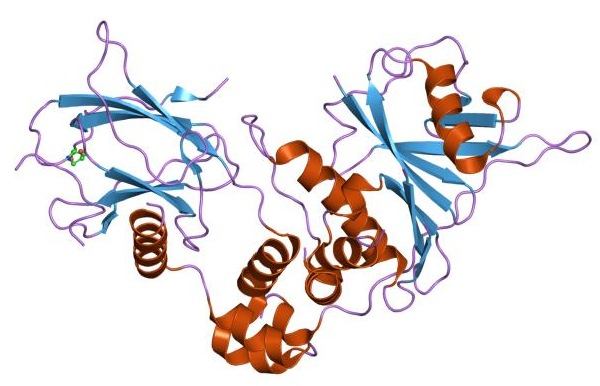 Figure 1. Cartoon representation of the molecular structure of protein registered with 1lm8 code.

Hypoxia Most species that require oxygen for breathing have the conserved sequence HIF-1. Its transcription has a strict regulatory mechanism. HIF-1 is a heterogeneous protein dimer composed of an alpha subunit and a beta subunit, and the beta subunit is an aromatic hydrocarbon receptor nuclear translocation (ARNT). HIF-1 belongs to the PER-ARNT-SIM (PAS) subfamily of the basic helix-loop-helix (bHLH) family. The α and β subunits are similar in structure and both contain the following domains: 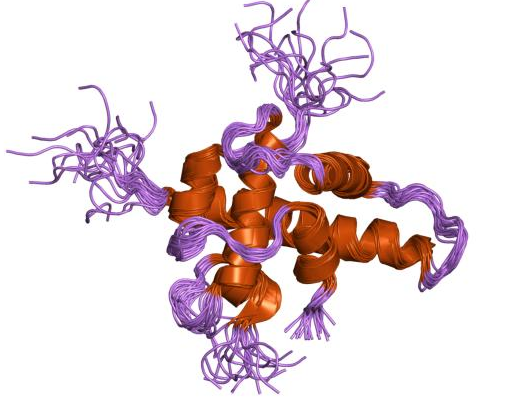 Figure 2. Cartoon representation of the molecular structure of protein registered with 1l3e code.

HIF-1 is a heterodimer mainly composed of 120kD HIF-1α and 91 ~ 94kD HIF-1β subunits. HIF-1β subunit, also known as aryl hydrocarbon receptor nuclear translocator (ARNT), is located in the q21 region of human chromosome 1 and is stably expressed in cells, playing a structural role; HIF- The 1α gene is located in the q21 ~ 24 region of human chromosome 14, and is regulated by hypoxia signal. It is the active subunit of HIF-1. The amino terminus of each subunit contains a basic helical-loop-helix (bHLH) configuration and a Per/Amt/Sim (PAS) structure, which forms a heterodimer the structure necessary for the body to bind to DNA. HIF-1α, which is an active subunit, consists of 826 amino acids, and its two ends are active regulatory regions that sense hypoxia signals. The C-terminus is rich in proline-serine-threonine (Pro/Ser/Thr) oxygen-dependent degradation domain (ODDD) and transactivation domain (TAD), that is, TAD-C; the N-terminus contains TAD-N; these domains are hypoxia-induced Regulatory domains of nuclear localization and transcriptional activation, of which TAD-C plays a fine regulatory role, TAD-N is necessary for activating transcription, and it can be seen that HIF-1α subunit is regulated by hypoxia and regulates HIF-1 activity. Regarding HIF-1β, in addition to its structural composition, it may also be related to the stability of HIF-1 in the nucleus and the conformational transition after dimerization. Studies have shown that ARNT-deficient cells cannot induce HIF-1 activity. HIF-1α subunits must polymerize with HIF-1β subunits to form heterodimers in order to play the role of transcription factors.

Proline residues on the α subunit in HIF will be hydroxylated by HIF prolyl hydroxylase, which will enable it to be recognized and ubiquitinated by VHL E3 ubiquitin ligase. Fast degradation. This will only happen under normal oxygen conditions. However, under hypoxic conditions, HIF prolyl hydroxylase is inhibited because it uses oxygen as an auxiliary substrate. In the succinate dehydrogenase complex, the inhibition of electron transfer is due to mutations in the SDHB or SDHD genes, which will cause the accumulation of amber, which in turn will inhibit the activity of HIF prolyl hydroxylase and stabilize HIF-1, α It is called pseudotissue hypoxia. HIF-1, when sustained under hypoxic conditions, positively regulates a variety of genes to survive low oxygen levels. HIF-1 regulates enzymes including glycolytic enzymes, which enable it to synthesize adenosine triphosphate in an oxygen-free manner; and vascular endothelial growth factor (VEGF), which can promote angiogenesis. HIF-1 is triggered by the NCGTG sequence bound to the promoter via HIF-response elements (HREs). Previous experiments have shown that E3 ubiquitin ligase composed of muscle A kinase anchor protein (mAKAP) can act on HIF-1, affect its stability and localization, and cause it to move to the nucleus. When mAKAP is depleted or interfered with by other factors, the localization of mAKAP in the nucleus (cardiomyocytes) will affect the stability of HIF and the transcriptional activity of other and hypoxia-related genes. Therefore, "regionalizing" signal objects that are sensitive to oxygen may affect the progress of the reaction during hypoxia. 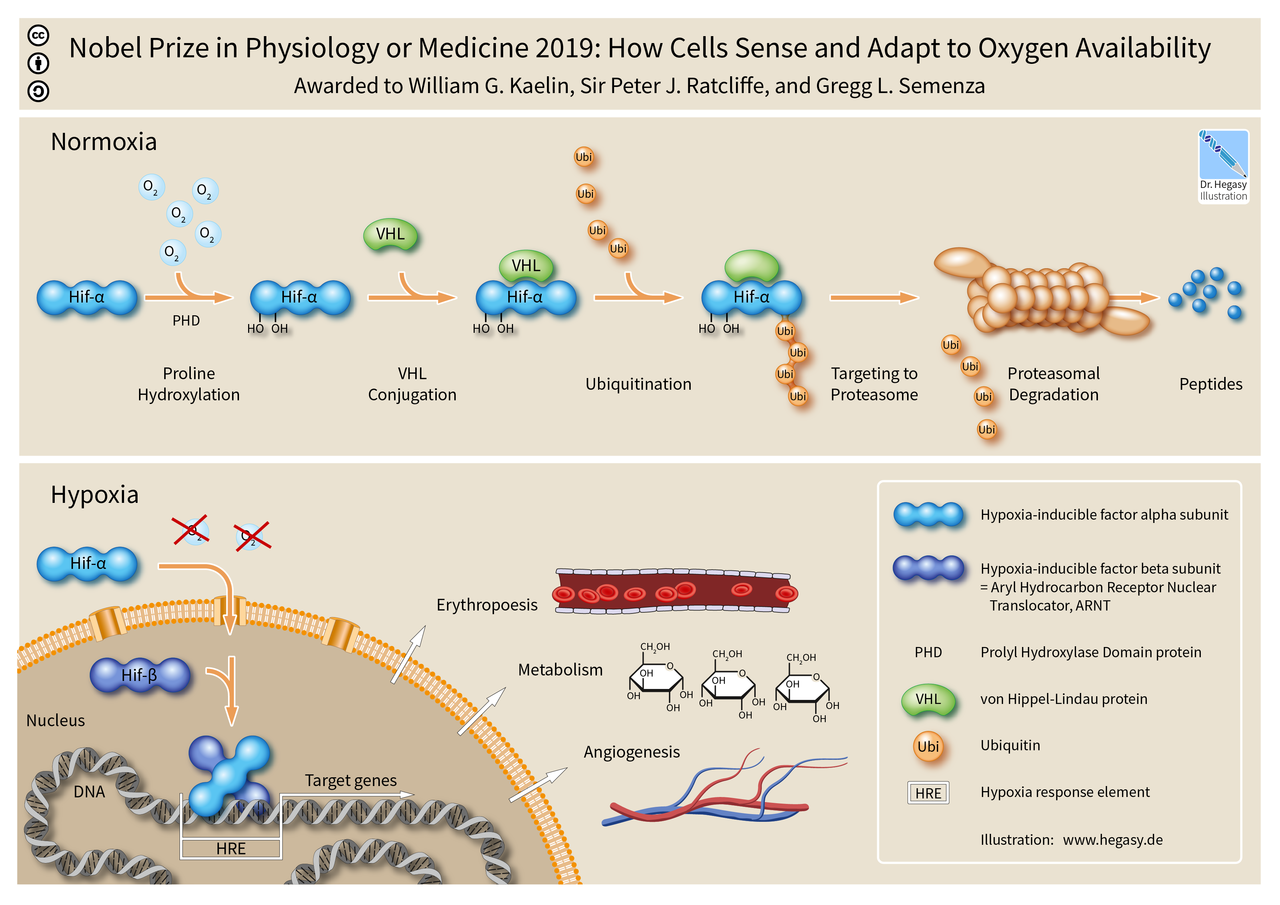 Figure 3. Nobel Prize in Physiology or Medicine 2019: How Cells Sense and Adapt to Oxygen Availability.

Hypoxia-inducible factor 1-alpha, also known as HIF-1-alpha, is a subunit of the heterodimer transcription factor hypoxia-inducible factor 1 (HIF-1), encoded by the HIF1A gene. It is a basic helix-loop-helix PAS domain protein and is considered to be a major transcriptional regulator of hypoxia response in cells and development. HIF1A disorders and overexpression caused by hypoxia or genetic changes are closely related to cancer biology and many other pathophysiology, especially in the fields of vascularization and angiogenesis, energy metabolism, cell survival and tumor invasion. Two other alternative transcripts encoding different isoforms have been identified. 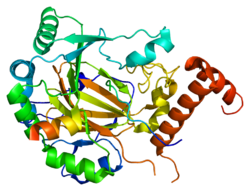 Figure 4. Structure of the HIF1A protein.

The ARNT gene encodes an aromatic hydrocarbon receptor (AhR) that binds to a ligand to form a complex aromatic nuclear receptor nuclear transporter and is required for receptor function. The encoded protein was also identified as the beta subunit of the heterodimer transcription factor hypoxia-inducible factor 1 (HIF1). Aryl hydrocarbon receptors (AhR) are involved in the induction of several enzymes involved in the metabolism of heterologous organisms. The cytosolic form of the ligand-free aromatic hydrocarbon receptor is complexed with heat shock protein 90. The binding of ligands (including dioxins and polycyclic aromatic hydrocarbons) causes the ligand-binding subunits to only translocate to the nucleus. Induction of heterologous metabolism-related enzymes occurs through the binding of ligand-bound AhR to heterologous response elements in the gene promoters of these enzymes. 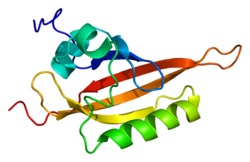 Figure 5. Structure of the HIF1B protein.

Hypoxia-inducible factor 2α (HIF-2alpha) is a protein encoded by the EPAS1 gene in humans. It is a hypoxia-inducing factor, a group of transcription factors involved in physiological responses to oxygen concentration. The gene is active under hypoxic conditions. This is also important for heart development and maintaining the catecholamine balance needed to protect the heart. Mutations often cause neuroendocrine tumors. However, several characteristic alleles of EPAS1 help humans adapt to high altitudes. One such allele (which has been inherited from Denisovan's palaeohumanin) can improve the athletic ability of some people and is therefore called the "super athlete gene." 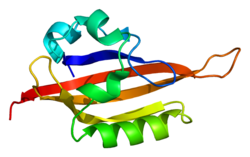 Figure 6. Structure of the HIF-2α protein.