Interferon is a kind of antiviral glycoprotein produced by the body cells after virus infection. It is a broad-spectrum antiviral substance that can inhibit the growth and reproduction of a variety of DNA viruses without affecting the function of normal cells.

The mechanism of action of interferon in addition to induce some antiviral protein direct antiviral (such as 2, 5 oligonucleotides adenosine synthetase can degrade virus mRNA, protein kinase K can block virus protein translation), can also through the immune adjustment of indirect antiviral effect (such as promoting infected liver cells expressing HLA class I antigen, increase the NK cell activity). Because of its short half-life, ordinary interferon is not convenient to be administered every other day. Modified pegylated interferon (PEG IFN-) can be injected once a week to prolong its half-life by delaying its absorption and excretion. There are data to confirm interferon especially peg-interferon to the treatment of chronic hepatitis b, about 10% of patients may appear surface antibody (HBsAb) Yang, this result is difficult to achieve other drugs. 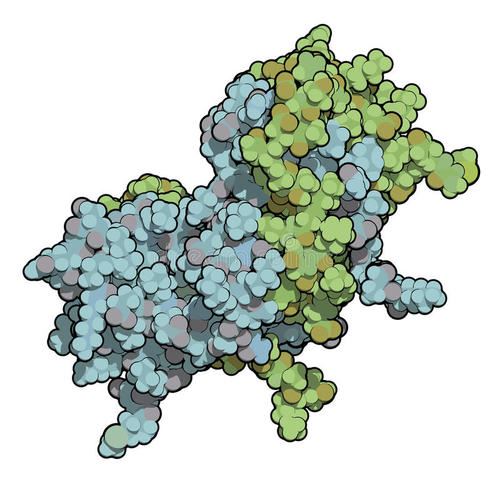 Interferon is the first found cytokine, according to the source and physicochemical properties of interferon can be divided into three types: gene, gene and gene. The interferons alpha and IFN - interferon beta called Ⅰ type, IFN - gamma interferon called Ⅱ type. The biological functions of the two types of interferon (antiviral, anti-tumor, immune regulation) are basically the same, but from different sources.

Mechanism of action of interferon

Interferon does not inactivate the virus directly, but works by inducing cells to synthesize antiviral protein (AVP). Interferon first ACTS on interferon receptor, through signal transduction and a series of biochemical processes, activate cell genes to express a variety of antiviral proteins, to achieve the inhibition of the virus.

Fig.2 Schematic diagram of the action mechanism of interferon

The effect of interferon

Interferon can induce the generation of antiviral proteins to prevent the production of new viruses, but there are many other antiviral proteins in the body, which play an important role in antiviral immunity. Antiviral proteins mainly include 2 '-5' A synthetase (OAS) and protein kinases. The former degrades the virus mRNA, while the latter inhibits the synthesis of the virus polypeptide chain and causes the virus replication to stop.

The action characteristic of interferon 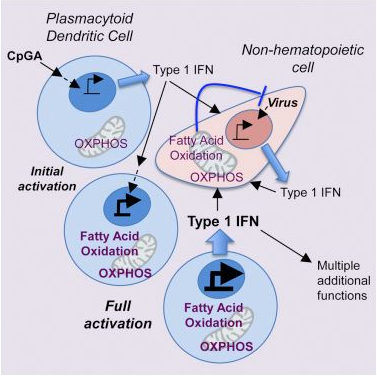