The basis of tumor biological treatment is the presence of tumor antigens. With the rapid development of basic disciplines such as biochemistry, molecular biology, immunology, and genetics, the research on tumors has become more and more intensive, especially in the past ten years, a variety of tumor antigens that are closely related to the occurrence and development of tumors have been discovered. MUC1 mucin is one of them. 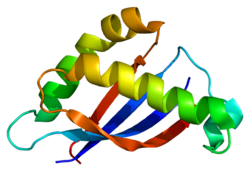 (Mucins) is a class of high molecular weight (> 200 kD) glycoproteins. Nine species have been found so far. The molecule is composed of a peptide core and a sugar chain, wherein the sugar chain accounts for about 50% to 90% of its weight, and is mostly connected to the peptide core by an O-glycosidic bond. MUC1 mucin (hereinafter referred to as MUC1) is a type I transmembrane protein. It is mainly expressed in epithelial cells near the lumen or glandular cavity in a variety of tissues and organs. It is expressed at the top and has a polar distribution. Recently, it was found that MUC1 is also expressed in various cells of the hematopoietic system (T, B, dendritic cells, etc.). In a variety of tumors, the abnormal expression of MUC1 is mainly manifested as: ①the expression level increases, which can be more than 100 times that of normal; ②changes in cell surface distribution, loss of polarity distribution, and expression on the entire cell surface; ③structural changes, Mainly due to incomplete glycosylation, new sugar chains and peptide epitopes appear. Recent studies have shown that the expression of MUC1/Y, an isoform of MUC1, is tumor-specific, that is, it is expressed in breast and ovarian cancer tissues, but not in adjacent tissues. Due to the abnormal expression of MUC1 in tumor tissues, it has become a potential tumor biological marker. It has been used in the diagnosis and biological treatment of tumors. In recent years, research on the immunobiological effects of MUC1 has made certain progress, providing important evidence for finding new entry points for tumor biological treatment.

MUC1 is also known as PEM (polymorphic epithelial mucin), PUM (peanut lectin binding urinary mucins), DF3, MAM-6, CA 15-3, etc.The different names are due to the different methods of separation and detection, etc. The cDNA clones are obtained by screening cDNA expression libraries constructed from cell lines such as breast cancer and pancreatic cancer. The human MUC1 gene is located on chromosome 1q21 and contains seven exons. An important feature of the MUC1 gene is its polymorphism, that is, its second exon contains many continuous repeats (variable number of tandem repeats, VNTRs), each VNTR contains 60 bases, which is rich in GC, the number of VNTRs in different people ranges from 20 to 125. The two most common alleles contain 41 and 85 VNTRs, respectively. The number of VNTRs in different alleles of the same individual may also be different, and the mouse MUC1 gene does not have this polymorphism. This feature of MUC1 indicates that it is a typical minisatellite sequence. Recent research results speculate that changes in the number of small satellite repeating units are mainly caused by germline compound gene transformation events.

The MUC1 mucin, the coding product of the MUC1 gene, is a high molecular weight glycoprotein (> 200 kD). Its basic characteristics are as follows: ① The sugar chain accounts for more than 50% of the entire mucin content, and it is mostly O-glycosidic bonds and peptide backbone Ser/Thr linkage; ② The peptide backbone contains a PTS region, which is a region rich in three amino acids, Pro (P), Thr (T), and Ser (S). These three amino acids account for 20% of the amino acid content of the entire peptide chain. 55%, this region contains many consecutive repeating peptide chain sequences, all O-glycosylation sites are located in these sequences.

Early understanding of the biological function of MUC1 was mainly limited to its lubrication and protection. With the gradual study of MUC1, it was found that MUC1 is a molecule with multiple functions, and sometimes even showed completely opposite functions under different circumstances. For example, it has both adhesion and anti-adhesion effects, immune activation and immunosuppression.

As mentioned above, MUC1 can undergo quantitative and qualitative changes during canceration, and new epitopes appear.At the same time, since MUC1 is one of the cell surface molecules that first contacts the body's immune system, tumor MUC1 can be non-MHC-restrictive MHC activates CTLs in a restricted manner. These activated CTLs can kill tumor cells expressing MUC1. Therefore, MUC1 is an ideal target molecule for tumor active specific immunotherapy. At present, there are many researches on the use of MUC1-based immunogens as vaccines for tumor treatment, and some of them have entered clinical trials.