Nucleotide excision repair (NER) is a method of excision and repair of nucleotides containing the entire genome through damage recognition. NER repairs DNA damage that affects regional chromosomal structures, including pyrimidine dimer caused by ultraviolet light, chemical molecules or proteins and DNA-DNA adduct, or DNA Bonding with DNA-DNA cross-link and so on. If these forms of damage are not ruled out in a timely manner, DNA polymerase will not be able to recognize and stay at the location of the damage. At this time, the cell will activate the cell cycle checkpoint to completely stop the cell cycle. 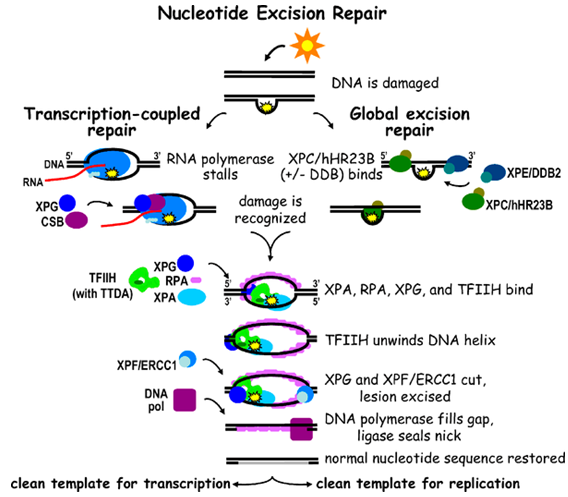 In Nucleotide Excision Repair (NER), a damaged base is cut out from a string of nucleotides and replaced with DNA as directed by an undamaged template strand. The repair system is used to remove pyrimidine dimers formed by ultraviolet radiation and nucleotides modified by bulky chemical adducts. A common feature of damage repaired by nucleotide excision is that modified nucleotides cause significant deformation of the DNA helix. NER occurs in almost all organisms examined. Some of the most typical enzymes that catalyze this process are UvrABC endonucleases and UvrD helicases in E. coli. The gene encoding this repair function was found to be a mutant that is highly sensitive to UV damage, indicating that the mutant is defective in UV repair. By collecting a large number of such mutants and testing their ability to restore resistance to ultraviolet radiation, complementary groups were identified. Four complementary groups or genes encode proteins that play a major role in NER.

Nucleotide excision repair is very active in mammalian cells and cells of other organisms. If this repair process fails to remove them, the DNA of normal skin cells exposed to the sun will accumulate thousands of dimers every day! A human genetic disease called xeroderma pigmentosum (XP) is a skin disease caused by defects in enzymes that remove UV damage. Fibroblasts isolated from a single patient with XP are very sensitive to UV radiation when grown in culture, similar to the phenotypic mutant shown by E. coli UVR. These XP cell lines can be fused into cultures and tested for their ability to recover from UV damage. XP cell lines that do this are divided into different complementary groups. Several complementary groups or genes have been defined in this way. Recently, considerable progress has been made in identifying the proteins encoded by each XP gene. Please note that it is very similar to the bacterial functions required by NER. Similar functions were found in yeast. Other proteins used in eukaryotic NERs include hHR23B (complexes with DNA damage sensor XPC), ERCCI (complexes with XPF to catalyze the incision 5 'to the injury site) 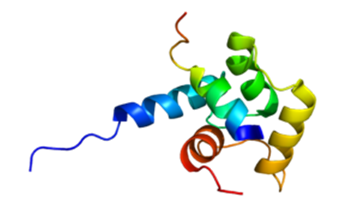 Although historical studies have shown inconsistent results, genetic mutations or mutations in nucleotide excision repair genes can affect cancer risk by affecting repair efficacy. Single-nucleotide polymorphisms (SNPs) and nonsynonymous coding SNPs (Figure 3) are very low in the population (> 1%). If located in the NER gene or regulatory sequence, such mutations may have a negative impact on DNA repair capabilities, leading to an increased likelihood of cancer development. Although the functional effects of all polymorphisms have not been identified, certain polymorphisms in DNA repair genes or their regulatory sequences do cause phenotypic changes and participate in the development of cancer. A lung cancer case study found a moderate association between NER-specific SNP polymorphisms and lung cancer risk. The results suggest that certain genetic polymorphic mutations in the NER gene may lead to lung cancer susceptibility and may lead to other cancer states. 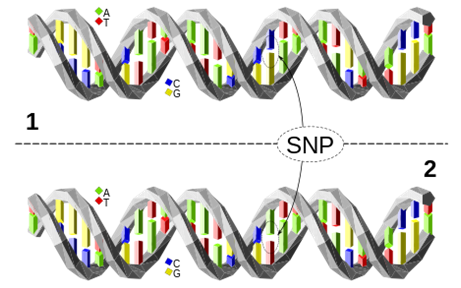