Organelles are micro-organs with specific morphological structures and functions in the cytoplasm, also called pseudo-organs or substructures. The plastids and vacuoles can be distinguished under a light microscope, and other organelles generally need to be observed with the help of an electron microscope. Organelles are generally considered to be microstructures or micro-organs that have a certain shape and function in the cytoplasm. However, there are some different opinions on the scope of the term "organelle". The organelles in the cell mainly include: mitochondria, endoplasmic reticulum, centrosome, chloroplast, Golgi apparatus, ribosome and so on. They form the basic structure of cells, enabling them to work and function normally. 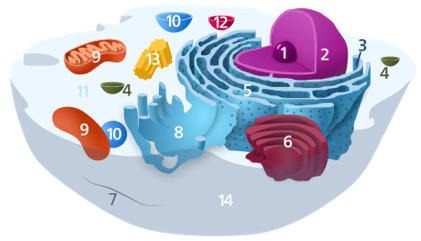 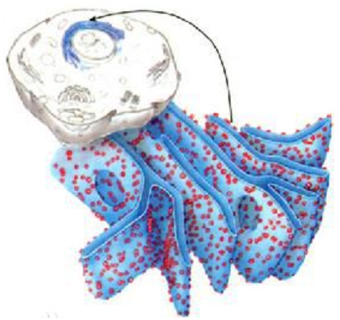 Ribosome is a membraneless structure, divided into attached ribosomes and free ribosomes. The amino acid synthesis protein is a small particle composed of rRNA and ribonucleoprotein, which is a place for protein synthesis. All cells contain ribosomes. Ribosome is a kind of ribonucleoprotein particles in cells. It is mainly composed of RNA (rRNA) and protein. Its only function is to synthesize amino acids into protein polypeptide chains according to the instructions of mRNA. The ribosome has no membrane structure and is mainly composed of protein (40%) and RNA (60%). Ribosomes are divided into two types according to sedimentation coefficient, one type (70S) exists in prokaryotes such as bacteria, and the other (80S) exists in the cytoplasm of eukaryotic cells. Some of them float in the cells, and some of them gather together. 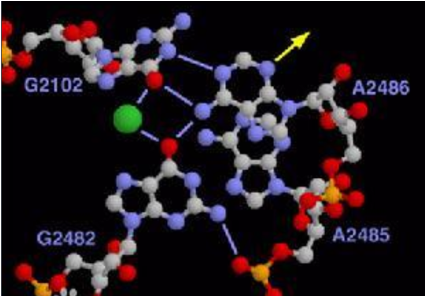 Golgi is one of the components of the intimal system in eukaryotic cells. The Italian cytoologist Golgi was first discovered in nerve cells in 1898 by silver staining. It is a vesicle system consisting of a smooth mask. It consists of three basic components: saccules, large vesicles, and small vesicles. 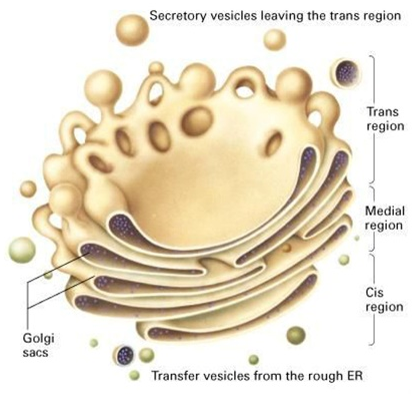 The shape of mitochondria is rod-shaped, which is the main place for aerobic respiration of cells. It has a double-layered membrane, and the inner membrane is folded inward, which can enlarge the attachment site of enzymes. Mitochondria are also called "power workshops". About 95% of the energy required for cell life activities comes from mitochondria, which contain ribosomes, can produce DNA and RNA, and can be inherited relatively independently. It exists in all eukaryotic cells (except anaerobic bacteria and mammalian mature red blood cells). Animal and plant cells contain mitochondria (except mammalian mature red blood cells). They are distributed in the place where metabolism is strong and belong to semi-autonomous organelles. 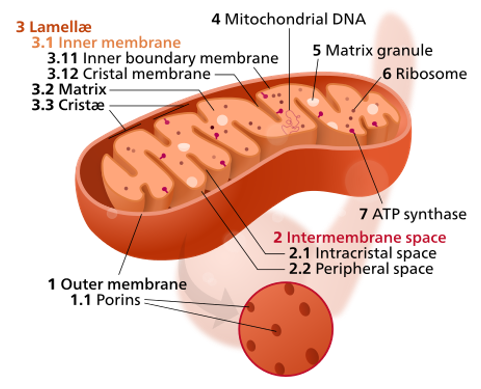 The chloroplast has a bilayer membrane. It is the organelle contained in the cells that green plants can carry out photosynthesis, and it produces oxygen and organic matter. The double-layer membrane is flat ellipsoid or spherical, and contains ribosomes to produce DNA and RNA, which belongs to semi-autonomous organelles. 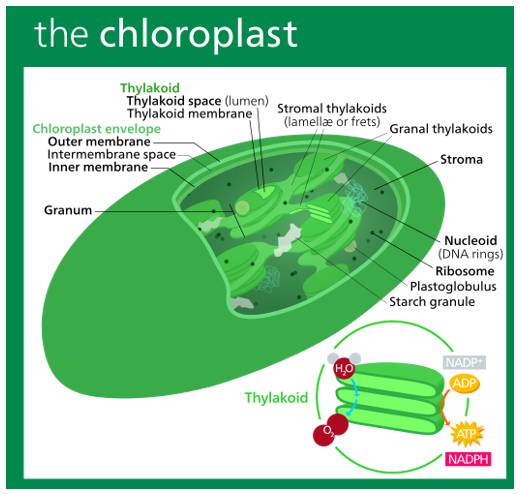 In mature living plant cells, there is often a large liquid-filled central vacuole, which is formed by the fusion of small vacuoles during cell growth and development, and is a water-filled bubble surrounded by a single layer of membrane. The vacuole contains metabolites such as inorganic salts, amino acids, sugars, and various pigments, and even contains toxic compounds, and is in a hypertonic state, making the cells in a state of fullness. 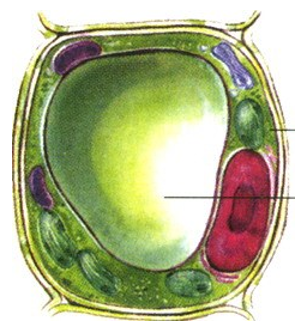