Extracellular matrix (ECM) is a non-cellular component present in all tissues and organs, not only providing the necessary physical scaffold for cellular components, but also triggering important biochemical and biomechanical clues required for tissue morphogenesis, differentiation and homeostasis. The importance of ECM can be vividly illustrated by a combination of symptoms, which can be mild or severe, caused by genetic abnormalities in the ECM protein. Although fundamentally, ECM is composed of water, protein, and polysaccharides, each tissue has a unique composition and topological structure. The ECM is formed by various cellular components (such as epithelial cells) during tissue development. Inter-dynamic, mutual, biochemical and biophysical dialogues are generated (fibroblasts, adipocytes, endothelial cells) as well as the evolving cell and protein microenvironment. In fact, the physical, topological, and biochemical composition of ECM is not only tissue-specific, but also significantly heterogeneous. Cell adhesion to ECM is mediated by ECM receptors such as integrins, discoid domain receptors and sebacaldehyde 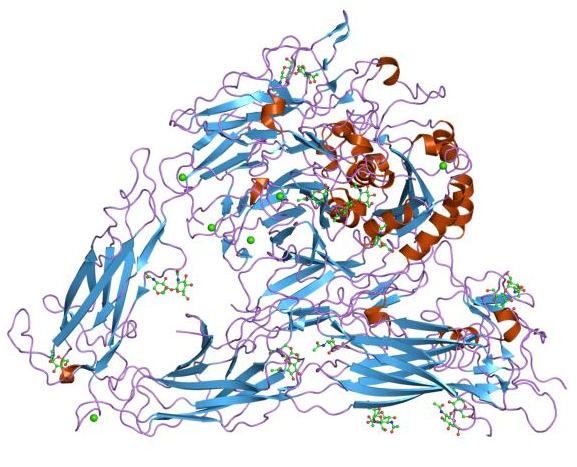 ECM consists of two major classes of macromolecules: proteoglycans (PGs) and fibrin. The main fibrin of ECM are collagen, elastin, fibronectin, and laminin. PG fills most of the interstitial space in the tissue in the form of a hydrated gel. PG has multiple functions and can reflect its unique buffer, Hydration, binding and resistance properties. For example, in renal glomerular BM, Perlecan plays a role in glomerular filtration. In contrast, in ductal epithelial tissue, decorin, biglycan and lumican bind to collagen fibers, in the molecular structure produced within the ECM is critical for mechanical buffering and hydration, and by binding to GFs, an easily enzymatic repository for these factors can be provided. The composition of the extracellular matrix can be divided into three major categories: 1 glycosaminoglycans, proteoglycan, which form an aqueous gel, in which many other embeddings are embedded. Matrix components; 2 structural proteins, such as collagen and elastin, which impart a certain strength and toughness to the extracellular matrix; 3 adhesive proteins: such as fibronectin and laminin, which promote the binding of cells to the matrix. The collagen and proteoglycan are used as the basic skeleton to form a fibrous network complex on the cell surface, and the complex is directly linked to the cell surface receptor through fibronectin or laminin and other connecting molecules; or attached to the receptor. on. Since the receptor is mostly a membrane integrin and is linked to the intracellular matrix protein, the extracellular matrix integrates the extracellular and intracellular cells through a membrane integrin. 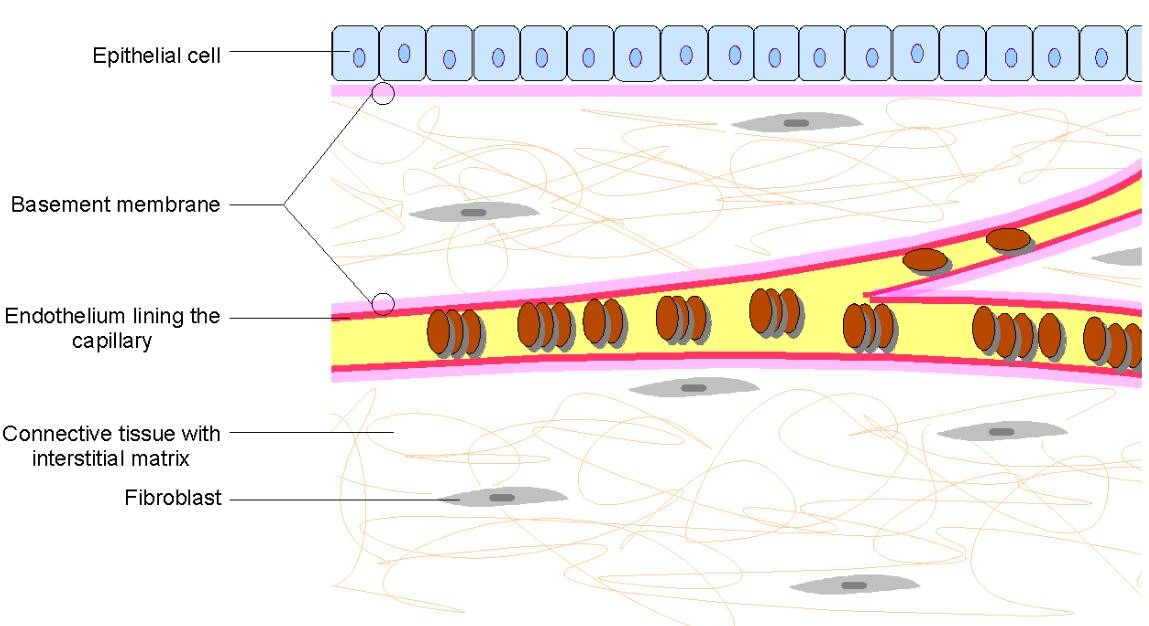 Figure 2. Architecture outside the matrix. 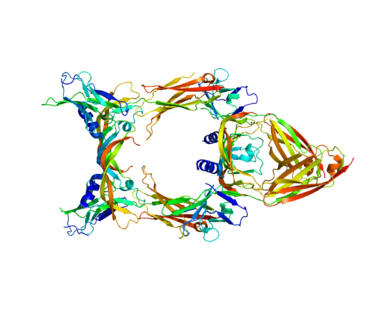 Normal glandular epithelial tissue consists of a simple layer of epithelial cells. These cells adopt apical-basal polarity, where the basal side is in contact with the BM and the apical side is opposite the fluid-filled lumen. In some glandular epithelium, there is a basal or myoepithelial cell layer that separates luminal epithelium from interstitial ECM. The homeostasis of the epithelial tissue depends on the maintenance of the tissue and the dynamic dialogue with the surrounding matrix, which is mainly composed of unactivated fibroblasts and adipocytes, as well as steady-state transport, and unstimulated leukocytes. Therefore, unactivated tissue fibroblasts secrete and organize types I and III collagen, elastin, fibronectin, tenascin, and PG (hyaluronic acid and degumming protein) libraries, all of which maintain interstitial ECM Structural and functional integrity.