Skeleton is hard tissue in or on the human or animal body. The skeletons of humans and higher animals are in the body which are composed of many skeletons called endoskeletons; arthropods, hard shells outside mollusks, and scales and shells on the surface of certain vertebrates (such as fish and turtles) are called exoskeleton. Skeleton is usually referred to as the internal skeleton. Skeletons are the hard organs that make up the internal skeletons of vertebrates. Their functions are to move, support, and protect the body; to make red and white blood cells; and to store minerals. The skeletons are made up of a variety of different shapes and have complex internal and external structures that keep them rigid while reducing weight. One of the components of skeleton is mineralized skeletal tissue with a solid honeycomb-like three-dimensional structure inside; other tissues include skeleton marrow, periosteum, nerves, blood vessels and cartilage. The human skeleton plays a role in supporting the body and is part of the human motor system. Adults have 206 skeletons. Skeleton-to-skeleton is usually connected by joints and ligaments. 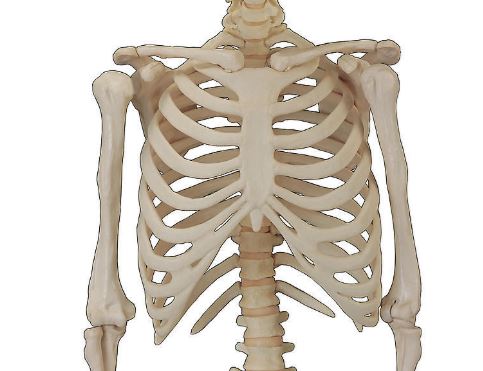 From the perspective of chemical composition, it is possible to distinguish bones with inorganic minerals as the main component and bones with organic matter as the main component. Most invertebrate bones contain calcium carbonate (calcite, aragonite) as the main component, and chitin exoskeleton is found in higher invertebrates such as arthropods. Chitin is an organic substance of polysaccharides. The exoskeleton of arthropods is mainly composed of chitin and mineralized collagen fibers. The supporting base of land plants is lignin, a polyaromatic compound. In the order of evolution, bones dominated by calcium carbonate, calcium phosphate, and siliceous inorganic components appeared earlier, followed by chitin bones, and then calcified collagen fiber-type bones. The lignification of plants is later.

Skeletonization is the basis for the complexity of biological structures, and the skeletal system is the limiting factor for the evolution of biological forms. Bones are the hard organs that make up the internal bones of vertebrates. Their functions are to move, support, and protect the body; to make red and white blood cells; and to store minerals. The bones are made up of a variety of different shapes and have complex internal and external structures that keep them rigid while reducing weight. One of the components of bone is mineralized skeletal tissue with a solid honeycomb-like three-dimensional structure inside; other tissues include bone marrow, periosteum, nerves, blood vessels and cartilage.

The development of bones is a continuous and dynamic complex process that changes constantly, and there is a certain specificity at each growth stage. Embryonic bone development undergoes multiple processes: early bone pattern formation; differentiation of mesenchymal cells into osteoblastic and chondrogenic cell lines; differentiation of blood stem cells into osteoclast lines; and terminal differentiation of precursor cells into cartilage Cells, osteoblasts and osteoclasts in the fetal phase of bone formation include intramembranous osteogenesis (or cortical bone osteogenesis) and intrachondral osteogenesis, both of which undergo two basic processes of bone tissue formation and bone tissue resorption. In addition, the development of different bones has a certain order. The bones of the bones of the fetus during the period of the fetal period develop earlier than those of the limbs of the bones of the cartilage, which has a preferential development potential. The metabolic balance of bones is achieved through skeletal transformation, which includes bone formation by osteoblasts and bone resorption by osteoclasts. Under normal circumstances, the two bone conversion mechanisms are coupled to each other. Under the joint coordination of osteoblasts and osteoclasts, the bone tissue on the surface of cancellous bone and the bone tissue of the Haversian system are constantly renewed. 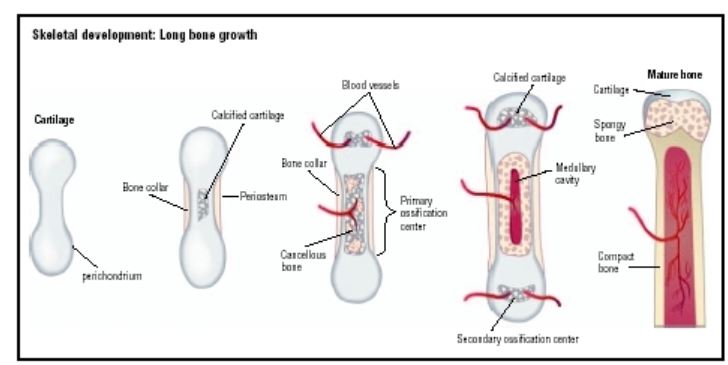 Girls mature earlier than boys, grow shorter, and eventually reduce overall bone length by about 7%. In general, adolescent girls have shorter legs than adolescent boys; this difference in proportions is also reflected in the bones of the hands and feet. As a result, women's legs are shorter than boys' even if they are of the same size. In addition, girls 'bones are softer (narrower) than boys' bones and are therefore more affected by adult bone loss. The relative growth rates of individual bones vary significantly in length and width. Bone width is usually parallel to the difference in muscle mass and overall frame size. The order of bone ossification in each child is also significantly different, and the different order is controlled by genetic factors. Even differences in growth patterns between siblings confirm this genetic component. There are also major population differences in bone proportions, bone size, and proportions. 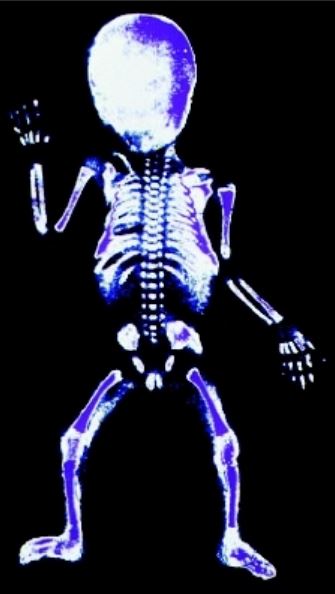 Figure 3. X ray showing the skeleton of a newborn.