What is Transmembrane Protein?

Figure 1. Some kinds of transmembrane proteins. Transporter proteins transport molecules, such as glucose, from one side of the plasma membrane to the other. Receptors can bind an extracellular molecule and activate an intracellular process. Enzymes on the cell membrane can also convert one molecule into another. Anchor proteins can link intracellular and extracellular structures physically.

Transmembrane proteins can be classified into two types based on their structure: α-helical and β-barrels. Most of the transmembrane proteins are α-helical proteins. They are usually present in the inner membrane. β-barrel proteins are found only in outer membranes of gram-negative bacteria, cell walls of gram-positive bacteria, outer membranes of mitochondria and chloroplasts. β barrels are formed from different numbers of β strands (Figure 2).

Transmembrane protein such as CorA for the magnesium channel spans across the membrane with well-defined functions of its inner (iCorA) and outer (oCorA) membrane segments. The structure of inner segment and the outer segment of CorA is shown in Figure 3. 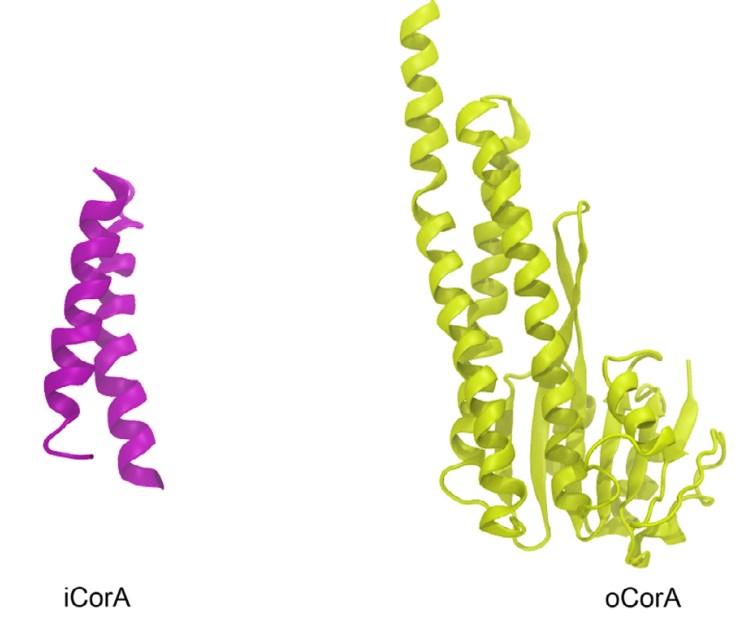 The Function of Transmembrane Proteins

Interferon induced transmembrane proteins (IFITMs) are small transmembrane proteins and important ISG products. There is a lot of evidence that IFITM can establish innate immune state to effectively eliminate pathogens. IFITM protein can prevent broad-spectrum virus infection through various mechanisms. It is generally believed that IFITM can prevent the virus from entering by inhibiting the fusion of virus membrane. However, some findings suggest that IFITM may also inhibit gene expression and protein synthesis of the virus, thereby damaging virus replication.