Protein is closely related to the occurrence of disease. The folding of protein is wrong, that is, the conformation of the protein changes, often forming amyloid fibrous precipitates resistant to proteolytic enzymes, causing toxicity and causing disease, which are manifested as pathological changes of protein amyloid fibrous precipitation, including: Alzheimer's disease and Huntington's disease.

Alzheimer's disease (AD) is a progressive, progressive, degenerative neurological disease that is occult. Clinically, it is characterized by generalized dementia such as memory impairment, aphasia, apraxia, apraxia, impaired visual spatial skills, executive dysfunction, and personality and behavior changes. Amyloid-β precursor protein (APP) has been discovered for more than 30 years. For a long time, a large number of studies have shown that APP is the main cause of Alzheimer's diseases. To understand the mystery of the function of the APP, scientists have carried out a lot of experiments. They first obtained a large number of extracts of synapses, and then recombined sAPPα to retrieve the corresponding protein from the extract by affinity recombination, and then analyzed these proteins by mass spectrometry. Joris de Wit's team finally confirmed that γ-aminobutyric acid type B receptor (GABA B R) is the main target of sAPPα. 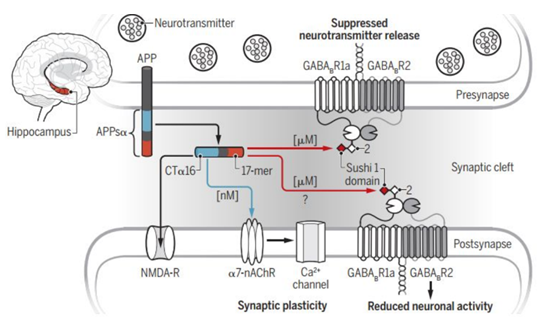 ABA B R is important for maintaining the stability of synaptic plasticity. The gamma-aminobutyric acid B receptor is a receptor for the inhibitory neurotransmitter gamma-aminobutyric acid (GABA). Recombinant sAPPα selectively binds to GABA B R type 1a subunit-expressing cells. The study found that this combination is mainly achieved through the smallest unit of the extension domain (ExD) of the APP. 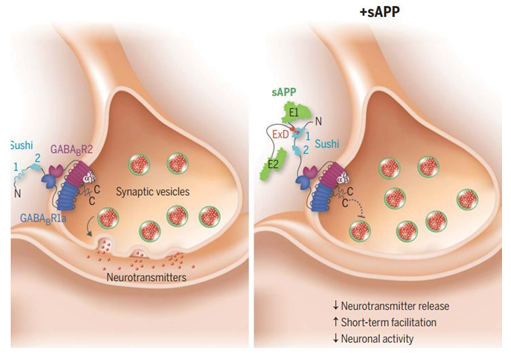 In conclusion, APP can specifically bind to γ-aminobutyric acid type B receptor (GABA BR), and through peptides that mimic the binding site of APP and GABA BR, it can inhibit GABA BR activity and slow down the process. Tactile transmission and release of neurotransmitters slow the rate of Alzheimer's disease.

Huntington's disease (HD) is a deadly genetic disease that can lead to progressive failure of nerve cells in the brain. It usually deteriorates their physical and mental abilities during their main working life and cannot be cured. HD is called a typical family disease because every child of a parent with HD has a 50/50 chance of inheriting a defective gene. Today, there are approximately 30,000 symptomatic Americans and a risk of more than 200,000 genetic diseases. Symptoms of HD are described as having ALS, Parkinson's, and Alzheimer's simultaneously. Symptoms usually appear between the ages of 30 and 50 and worsen within 10 to 25 years. Eventually, weakened individuals succumb to pneumonia, heart failure, or other complications. Everyone has a gene that causes HD, but only those who have inherited the expansion of this gene develop HD and may pass it on to each child. Everyone who inherits the enlarged HD gene will eventually develop the disease. Over time, HD can affect an individual's ability to reason, walk and speak. 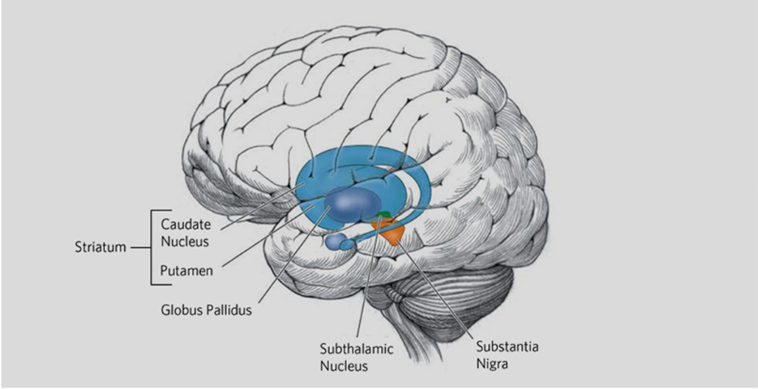 Huntington’s disease is a hereditary neurodegenerative disorder caused by an expansion of a repeating CAG triplet series in the huntingtin gene on chromosome 4, which results in a protein with an abnormally long polyglutamine sequence. HD is one of a larger family of polyglutamine repeat disorders, all of which areneurodegenerative diseases. It is inherited in an autosomal dominant fashion, so that each child of an affected parent has a 50% chance of developing the disease. There is currently no cure or treatment which can halt, slow or reverse the progression of the disease. The HD gene was identified in 1993. It contains a repeating sequence of three base-pairs, called a “triplet repeat” or “trinucleotide repeat.” An excess number of CAG repeats in the gene results in a protein containing an excess number of glutamine units. The normal function of huntingtin is not known, but the expanded polyglutamine sequence in the huntingtin protein is in some way toxic to brain cells. Just as in other polyglutamine expansion disorders, certain neurons appear to be more vulnerable to damage in HD. Atrophy is most marked in the corpus striatum of the basal ganglia, including the caudate and putamen. In later phases of the disease, other regions of the brain are also affected.