The Systematic Evolution of Ligands by Exponential Enrichment (SELEX) is a combinatorial chemical technology developed in the 1990s. Using this technique, aptamers with high specific affinity for the target substance can be screened from a library of random single-stranded nucleic acid sequences, and the dissociation constant can be comparable to that of a monoclonal antibody. After more than 10 years of development, SELEX technology has become an important research tool. It has been widely used in many research fields such as molecular biology, genomics, and clinical medicine, and it has derived various sub-technologies such as hybrid target SELEX, in vivo SELEX, and genome SELEX. With the further development of genomics and proteomics, SELEX technology will have a broader application prospects.

The emergence of SELEX technology stems from the depth of research on the interaction between nucleic acids and proteins. In the complex regulatory network of living organisms, single-stranded nucleic acids, particularly secondary structures of RNA such as hairpin, stem-loop, pseudoknot, bulge, etc., can form a variety of three-dimensional structures that bind to specific regions of the target substance. This binding does not require the affinity of the ribose phosphate backbone, and the target substance can be either a protein or a polypeptide or a small molecule.

Figure1. Schematic representation of the functionality of aptamers.

Although the screening process for DNA aptamers and RNA aptamers is a bit different, SELEX generally includes the following steps: 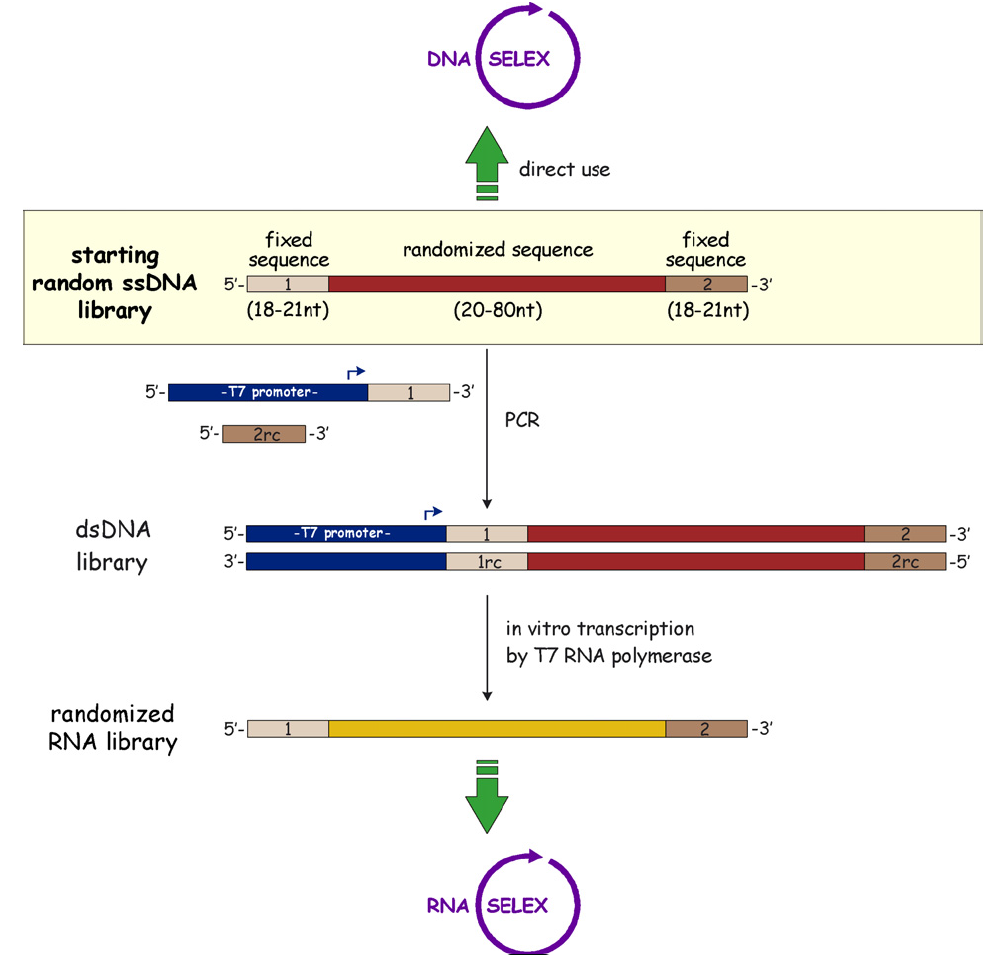 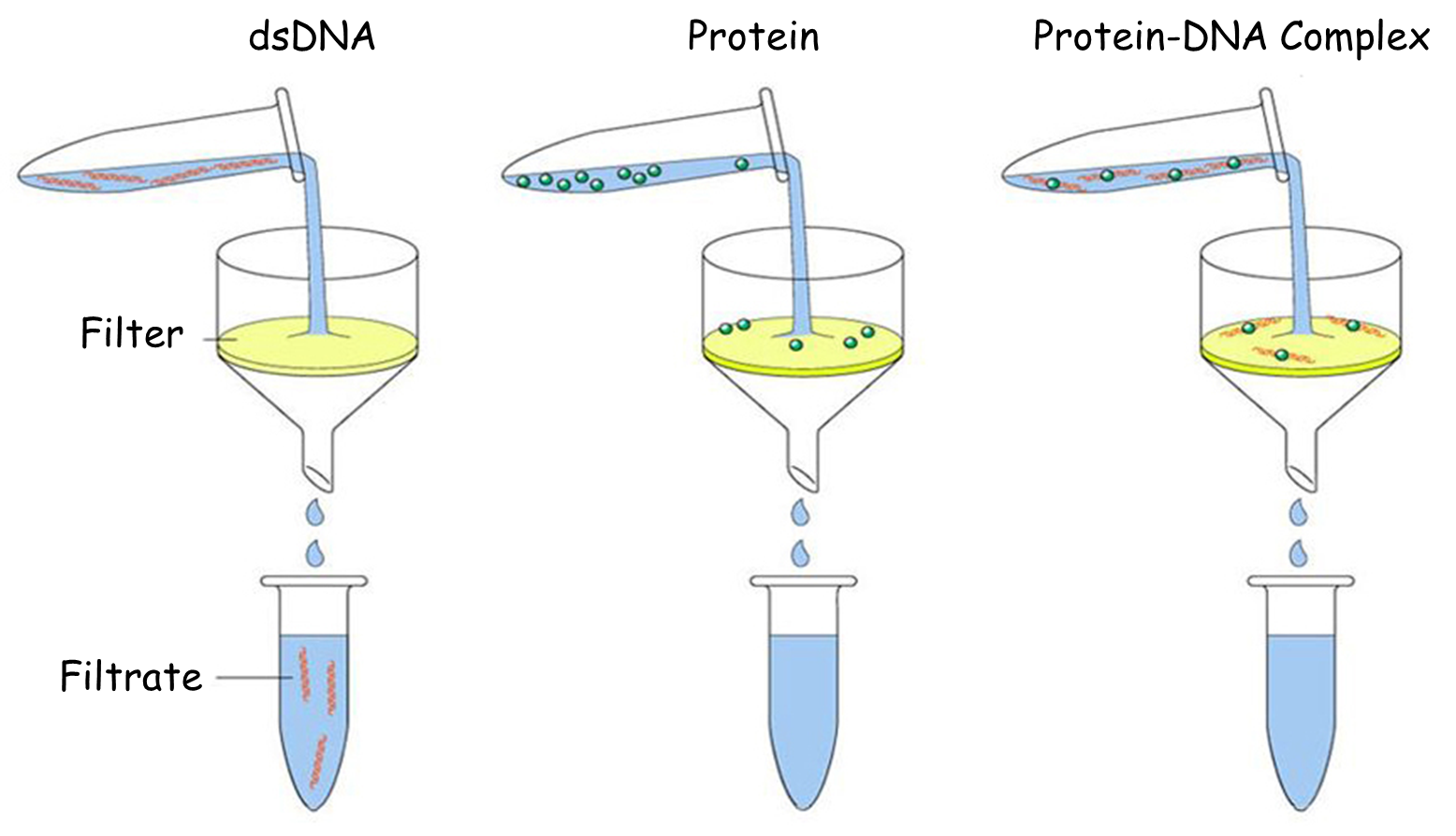 (3) The screened protein-nucleic acid complexes were separated. The obtained nucleic acids were subjected to PCR amplification and denatured into single strands ready for the next round of screening. If the screening object is RNA, it must first be reverse transcribed into DNA, then amplified into dsDNA and subjected to in vitro transcription and the next round of screening. The number of screenings is determined by the type of library and the degree of enrichment of the specific sequence obtained from each cycle.

(4) Aptamers that can be highly bound to the target substance after several rounds of screening can be sequenced and used for various researches. 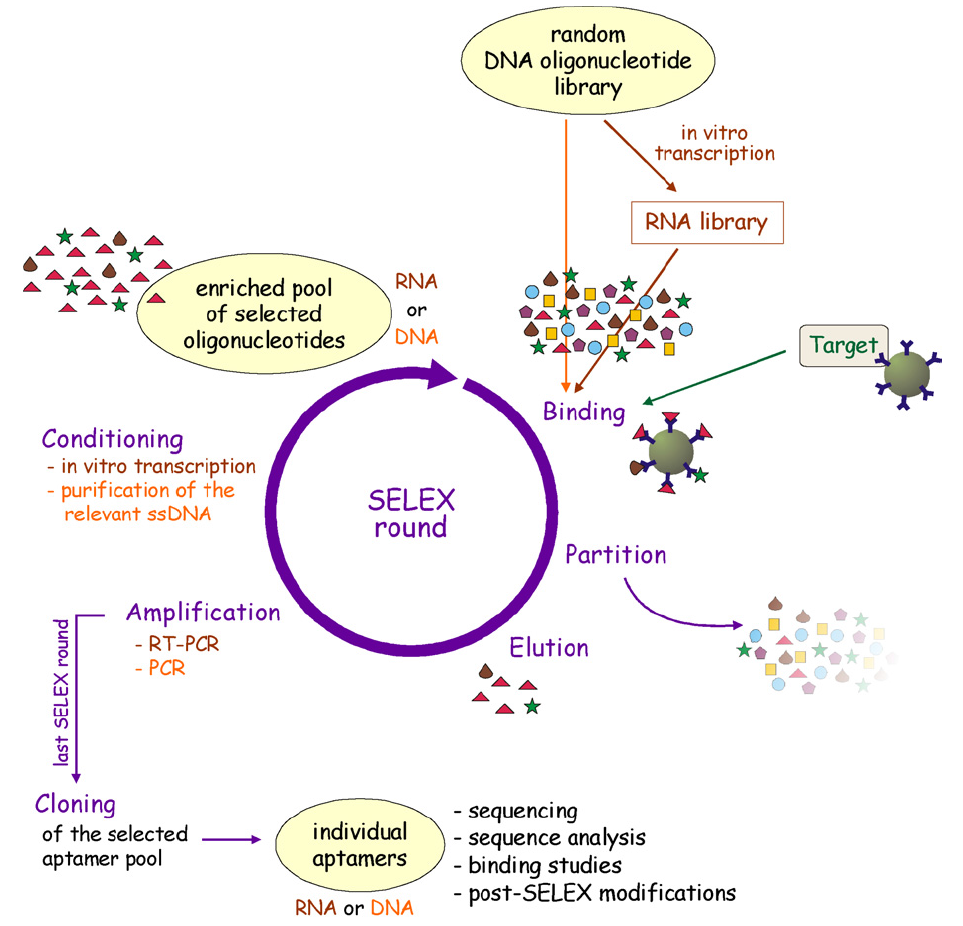 (1) The library has a large capacity and a wide range of adaptation. There are no restrictions on the target, including proteins, nucleic acids, small-molecule organics, and even metal ions.

(2) High resolution. According to the results of Jenison et al., the dissociation constant (Kd) of the theophylline-screened aptamer combined with theophylline was 0.1 mol/L, which was 1000 times that of caffeine. Although the difference between theophylline and caffeine is merely the presence or absence of a methyl group at the purine ring N7 position.

(4) The screening process is relatively simple, rapid, and economical. A typical SELEX screening process can be completed in only 2 to 3 months. The small-scale synthesis and purification of selected aptamers does not exceed 3 days. No special instruments and reagents are required, which can be done in a typical laboratory. Recently, it is reported that when SELEX is combined with capillary electrophoresis technology, oligonucleotide aptamers with high affinity and high specificity for target molecules can be screened in just a few days.

(5) The SELEX process is applicable to different classes of targets. Besides defined single targets, complex target structures or mixtures without proper knowledge of their composition are suitable for a successful aptamer selection.

(6) In contrast to antibodies, aptamers are selected by an in vitro process independent of animals or cell lines. Thus, the SELEX process is also applicable under non-physiological conditions. The selection of aptamers for toxic target molecules or for molecules with no or low immunogenicity is possible.

SELEX technology has great potential in the therapeutic application of aptamers.

Aptamers for therapeutic applications promise a good stroke of business among the aptamer applications. There are several advantages of aptamers in comparison to antibodies, such as their easy chemical modification without loss of function, and their easier immobilization compared to antibody immobilization. Until now, only a limited number of aptamers are available for analytical application. A lot of publications describe the use of only a few individual aptamers in analytical systems as proof of principle. Advances in the development of easy to use and automated SELEX procedures will encourage more researchers to develop additional aptamers for different targets. Provided there were more and various aptamers available, the chance for a better understanding of the optimum aptamer performance in assays and detection systems would be much higher. The gap between theory and practice has to be reduced as fast as possible. Biologists have demonstrated that aptamers can do a lot of interesting things. Now it is up to technology development to produce more prototypes and get a deeper impact on industry.