As we know, exosomes are small vesicles secreted by cells. Therefore, exosomes have the characteristics of donor cells and have certain cell specificity. In a large number of studies on exosomes in cancer patients, it has been found that exosomes secreted by cancer cells have characteristic molecules that can be used to distinguish other exosomes, and can be used as molecular markers for cancer diagnosis. At present, the common molecular detection markers in exosomes that can be applied to cancer diagnosis mainly include two types: proteins and nucleic acids. 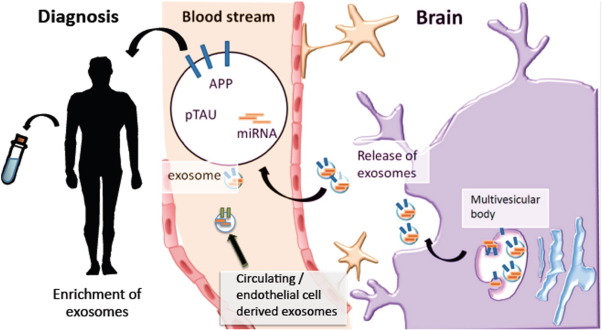 Based on a large number of studies, it is shown that exosomes in cancer patients are generally enriched in two types of protein molecules, one is the protein highly expressed in cancer cells, such as a proto-oncoprotein; the other is the protein that is specifically secreted to the outside by cancer cells, such as tumor suppressor proteins. Different from the characteristics of normal exosomes, these protein molecules in exosomes can be used as markers for cancer diagnosis. Many exosome protein markers have been found to be useful in the diagnosis of cancer, including early diagnosis of cancer and risk assessment for prognosis.

The presence of proteins in exosomes is verified with the discovery of exosomes, such as iron transporters. But after more than 20 years, Valadi was first discovered in 2007 that the presence of RNA and miRNA in mouse and human mastocytosis and is biologically active and can be absorbed by recipient cells, affecting the expression of recipient cells. One year later, Taylor et al found that exosome miRNAs can be used as markers for cancer diagnosis. They analyzed EpCAM-positive exosomes isolated from ovarian cancer patients and non-cancer sera. By analyzing the difference in miRNA content in exosomes, it was found that 8 miRNAs can be used as diagnostic markers for various stages of ovarian cancer, opening up the application of nucleic acid markers in cancer diagnosis.

In addition to miRNA-like markers, other nucleic acid molecules in exosomes have also been found to be useful markers for cancer diagnosis. Manterola et al found that RNU6-1, a small non-coding RNA molecule derived from serum exosomes, can be used to diagnose glioblastoma multiforme; Nilsson et al found PCA-3, TMPRSS2 in exosomes derived from urine: ERG transcribed RNA molecules are potential diagnostic markers for prostate cancer; Melo et al found that DNA molecules with KRAS mutations in GPC-positive exosomes can be used for the diagnosis and personalized treatment of pancreatic cancer. 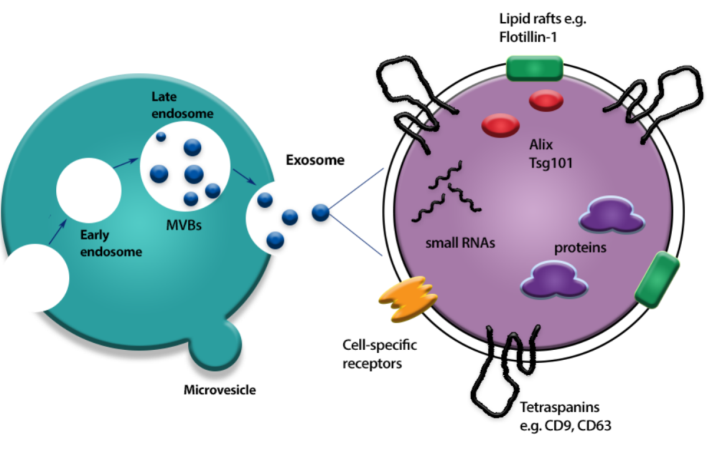 The exocrine secreted by the cells can be directly obtained from various body fluids, blood, urine, saliva, ascites, pleural effusion, etc., and the body fluid of cancer patients often contains a large amount of exosomes, which is used for liquid biopsy of exosomes and provides a material basis for cancer diagnosis. A large number of studies have shown that a variety of cancers can be diagnosed using proteins or nucleic acid markers in exosomes, such as breast cancer, ovarian cancer, prostate cancer, colorectal cancer, etc. Therefore, it provides a theoretical basis for the application of exogenous liquid biopsy in cancer diagnosis. Exosomes can be directly purified from a variety of body fluids, purification and identification techniques are becoming more and more perfect, providing a technical basis for the application of exogenous liquid biopsy for cancer diagnosis.

The advantages of exosome liquid biopsy for cancer diagnosis can be summarized as three points: easy to sample, good stability, and coverage of cancer heterogeneity. Compared with tissue biopsy, exudate liquid biopsy has the advantages of non-invasive sampling and convenient sampling. With the improvement of exosome purification and identification technology, it is easy to obtain from blood and urine, and the demand for samples is also reduced.

The stability advantages of exosome liquid biopsy are mainly reflected in two aspects: on the one hand, exosomes can maintain the stability of internal molecular markers. Exosomes can protect internal nucleic acids or proteins from various enzymes in body fluids. Valadi et al. found that RNA molecules in exosomes are not degraded by RNase in the external environment. On the other hand, exosomes are still stable in long-term in vitro storage samples, and the activity is maintained very well. Taylor et al found that exosome miRNA markers in blood samples stored at 4 degrees for 24hr were still available for ovarian cancer detection. Exosomes obtained from a two-year sample stored at -80 degrees still have good stability.

The Application in cancer treatment

. Exosomes can be used as a tool for cancer treatment

Exosomes serve as a tool for cancer immunotherapy. The more mature research is to isolate dendritic cell exosomes (DEX) from cancer patients, then introduce the antigen polypeptide (MAGE) in vitro, and then reintroduced the modified exosomes into the patient, which activate the body’s immune system, thereby promoting immune clearance of cancer cells. The technology is initially applied to the treatment of some cancer patients, such as melanoma, non-small cell lung cancer.

Exosomes can be used as carriers for cancer therapeutics and can carry various types of drugs, including nucleic acids, proteins, lipids or other small molecule chemicals. Exosomes can be transported and delivered through body fluids such as blood, and are absorbed by cancer cells to achieve targeted therapy for cancer. The exosomes are the cell’s own secretions. Compared with the currently used liposomes and polymeric nano-microparticles, it is not easy to cause immune rejection, has small toxicity and good stability. Exosomes are capable of maintaining internal drug stability, especially for nucleic acids or proteinaceous drugs. Exosomes can increase the solubility of hydrophobic drugs, increase the content of drugs in body fluids, and improve the efficiency of drug absorption by cancerous tissues. In addition, as a drug carrier, exosomes can promote tissues that are not easily targeted by body fluid drugs to effectively absorb drugs, such as brain, exosomes can improve the absorption of drugs from blood to brain tissue, and effectively treat cancer in the brain.

. Exosomes may serve as direct targets for cancer treatment

A large number of studies have found that exosomes are directly involved in the occurrence and deterioration of cancer, including carrying carcinogenic factors (proto-oncoproteins, RNA, etc.), leading to canceration of recipient cells, metastasis and spread of cancer cells. At the same time, exosomes can inhibit the activity of immune cells (immune cell apoptosis, etc.), so that cancer cells can escape from the immune system.

Therefore, Aethlon Medical has developed a device called Hemopurifier that specifically removes cancer-derived exosomes and relieves their immune system to achieve cancer treatment. Some studies directly target exosomes, such as inhibiting the synthesis and secretion of exosomes, such as amiloride; blocking exosomes from being absorbed by recipient cells, such as diannexin. However, there are few patients who have benefited from the treatment of targeted exosomes, the problem of toxic side effects is not clear, and more research is still needed.

In conclusion, exosome treatment strategies for cancer are still under investigation and some of the problems in application need to be overcome: for example, the acquisition of high-purity exosomes still has technical limitations and high costs; whether there are side effects during exosome treatment cannot be completely determined; whether the in vitro synthesis of exosomes for cancer treatment still requires a comprehensive understanding of the structure of the exosomes. However, exosomes have made initial clinical advances as a therapeutic tool for cancer, and the application of exosomes may be an effective means of treating cancer in the future.

Exosomes and microvesicles are vesicular membrane structures that are secreted by cells, but they are different in structural composition and biological function. The main differences can be summarized into three points:

. Size and shape: the exosomes are small, about 30-120 nm, and the size and shape are uniform; while the microvesicles are generally larger, 50-100

. Membrane-encapsulated substances: due to the difference in the mechanism of production, the substances in the exosomes are related to the intracellular bodies, while the microvesicles are generally not available.

However, exosomes and microvesicles have not been well distinguished or even distinguished in many studies (called extracellular vesicles EV); one is limited by purification techniques and it is difficult to thoroughly separate exosomes from small microvesicles (less than 100 nm); second, there is a lack of uniform standards, and even for the size range of exosomes, different researchers choose different standards. Therefore, the above mentioned is only a standard that is generally accepted now. With the further research and technological innovation, it is possible to have a more precise understanding of various vesicle structures in the future.