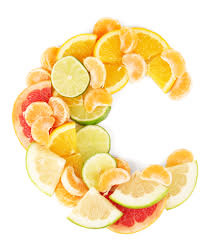 supports and connects different types of tissues and organs in the body. It can also protect cells and molecules from damages that will cause may diseases like cardiovascular disease. However, human body can’t produce VC, so we have to get from our diet. Eating a lot of different kinds of fruit and vegetables is the most natural way of increasing VC levels. Currently there are various of vitamin C supplements in the market. However, eating a healthy diet will help more in the long run.
So, what are those fruit and vegetables that conclude abundant VC? Basically they are: Jujube, Kiwi, Grapefruit, Lemon, Green pepper, Longan, Tomato, Strawberry, Cabbage, Cucumber, Cauliflower, Hawthorn, Loquat…
The next step of them, the researchers said is to figure out other factors that combined with VC to have an impact on cardiovascular disease and early death.