The study of drug resistance began in the late 1940s, and about 20 years later, it was recognized that changed drug membrane transport was usually associated with cell resistance. The identification and isolation of specific proteins that affect the drug transport of this change began in the 1970s, and we call such proteins "DRP". In most cases, our detailed molecular definition of the physiological function of these proteins is closer than when they were first discovered. When they are involved in drug resistance, they are usually mutated or overexpressed, sometimes even at the same time. For various technical reasons, it is usually difficult to make a quantitative comparison between the wild type and the mutant isotype of DRPs, or between the normal level and the higher level, which may slow down the elucidation of its physiological function. Overall the data related to the structure and function of DRAMP and its role in drug resistance are extremely rich and contain significant functional diversity. It is therefore a challenge to treat them as a class of proteins, as the only thing they have in common is their participation in the phenomenon of drug resistance, which is very different biologically and chemically. 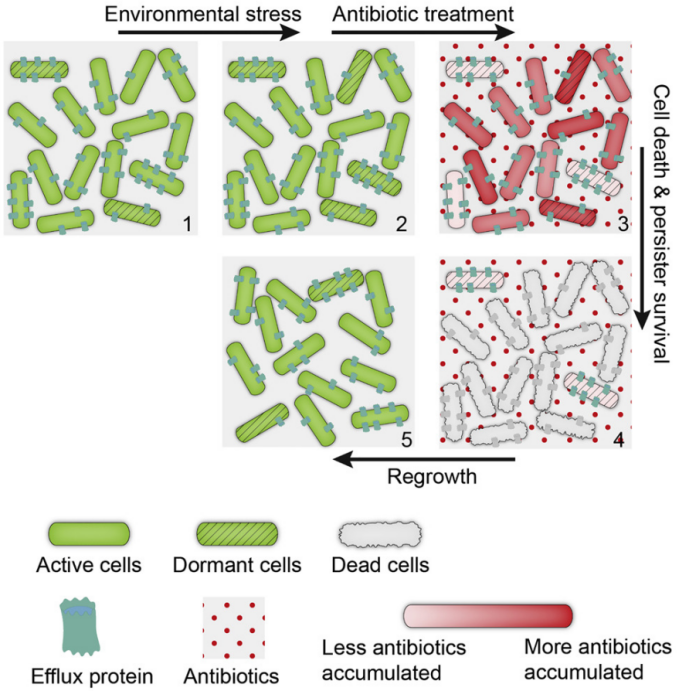 As can be seen from figure 1, the researchers explored the mechanism of bacterial drug resistance through the comprehensive application of single molecule fluorescence imaging technology and high-throughput gene sequencing. it is revealed that the external and external excretion system of drug-resistant bacteria, in which most of the physiological activities are static and stagnant, is working actively, constantly excreting the continuous influx of drug molecules, providing double insurance for the survival of drug-resistant bacteria under drug treatment.

To add additional complexity, there are four possible pathways of cellular drug resistance: 1. Drug catabolism, 2. Drug target mutation and expression change, 3. Cut off related metabolic pathways, 4. Changed the cellular transport of drugs. All of these methods are designed to reduce the efficiency of interaction between drugs and their molecular targets, and theoretically membrane proteins associated with drug resistance may affect any of these four pathways. To date, most in-depth studies of DRAMP have been associated with altered drug transport phenomena, which can promote lower drug-drug target correlations. One of the most famous is the human MDR1 protein (P-glycoprotein), which mediates the decrease of the accumulation of anticancer drugs in tumor cells. Another question raised earlier is whether the degree of drug resistance or the mode of drug "cross resistance" is mediated only by huMDR1 and other DRAMP. In addressing this problem, it is worth noting the fact that many early models of drug-resistant cells are established through gradual exposure to increasingly high concentrations of single drugs, schemes that can induce multiple "appearance phenomena" and DRAMPs, which are now known to increase drug resistance. For example, it is now understandable that the 100m/1000-fold level of drug resistance observed in early drug-selected tumor cell models is clearly not simply due to huMDR1 overexpression. A key concept that emerged during this period is that changes in cell signaling associated with programmed cell death may be more associated with high levels of drug resistance in many cancers than the contribution of ABC DRAMP. 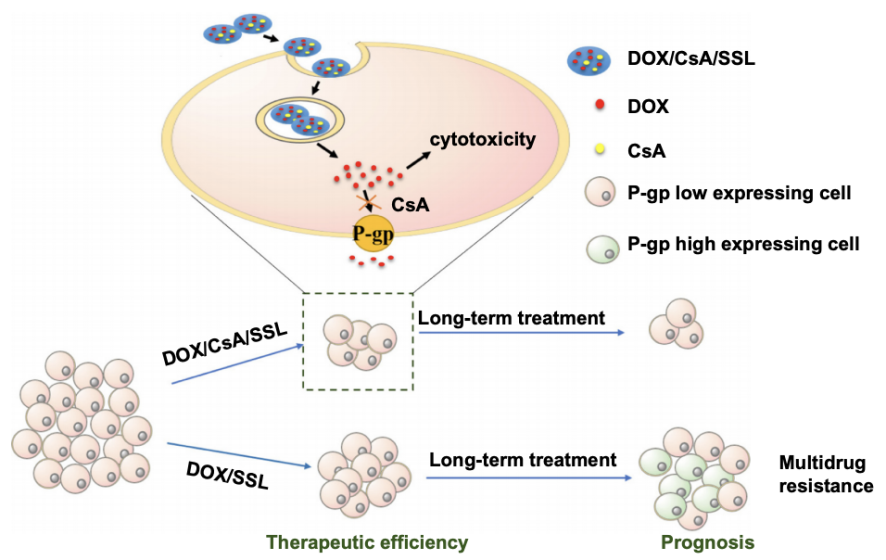 Drug resistance is a major problem in cancer, and it is also the reason for the poor anti-cancer effect of chemotherapy. Cancer cells rely on several mechanisms to limit the accumulation and action of drugs. These mechanisms include the outflow pump of the plasma membrane, the partition of drugs, the change of membrane lipids and the increase of the repair of damaged DNA to avoid apoptosis. The mechanisms by which cancer cells are used vary depending on the cell type and intracellular aberration. Cancer cells are inherently resistant to drugs, which allows them to develop resistance to specific drugs. However, cancer cells tend to develop into acquired, multidrug resistance, in which specificity is no longer a limiting factor. When cancer cells resist the effects of therapeutic drugs, they can grow and form new tumors, a process known as recurrence. Sometimes drug resistance begins to emerge rapidly within a few weeks after the start of drug treatment. In other cases, resistance develops months or even years after the start of treatment. Drug resistance may develop when cancer cells contain molecular changes that make them insensitive to a particular drug, and such changes may exist even before treatment begins. Because cancer cells in the same tumor usually have multiple molecular changes, this so-called internal resistance is very common. In other cases of drug resistance, cancer cells may adapt to the drug when they are treated, resulting in molecular changes that enable them to escape the effects of the drug.

Resistance to treatment is still the biggest challenge to cancer today. There are as many potential mechanisms of drug resistance as in cancer patients, because each tumor has its own defined set of characteristics that determine the progression of the tumor and eventually lead to death. Therefore, solving the problem of resistance seems to be an unachievable goal. Combined with the evaluation of the physical properties of tumors, as well as in-depth analysis of tumor drivers and drug accessibility, dependence and vulnerability, early detection and accurate monitoring, and finally, based on the powerful analytical function of patient databases, there is no doubt that this is a challenging but formative approach to combat cancer resistance to treatment. This comprehensive knowledge should be able to develop tools that can inform real-time clinical decisions and continuously improve them through the feedback process reaffirmed by observed phenotypic results. Although we still need to fully understand the key tumor drivers and their regulation (such as epigenetic and metabolic factors), anticancer has begun to look more and more like an engineering problem. We envision the integration of engineering and cancer biology to promote the development of this field in an unprecedented way.

As the main manufacturer of recombinant protein, Creative Biomart provides Drug Resistance Proteins, from a variety of sources, grades and formulations to facilitate your efficient and accurate research content in the experiment.