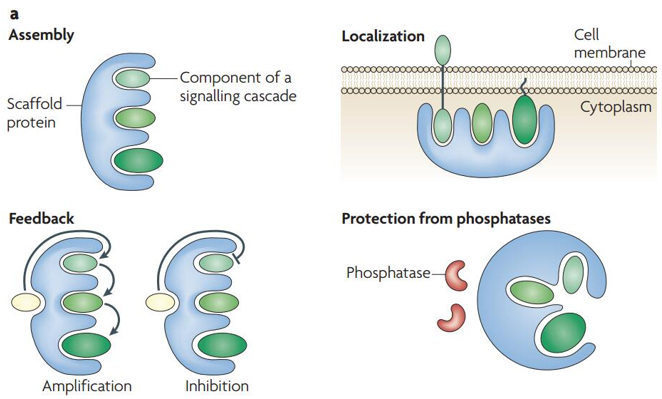 The most basic function of the scaffold protein is the assembly of the cascaded signal components. This can increase the efficiency of signaling concatenation by centralizing signaling components and can enhance signaling specificity by preventing false interactions between them. For example, a scaffold can act to enhance the phosphorylation specificity of a kinase by binding to a protein kinase and its substrate. Because certain signaling proteins require multiple interactions to activate, scaffold proteins can facilitate the transformation of the distribution process. The interaction of a signaling protein with a scaffold protein may also result in an allosteric change in the signaling protein, thereby enhancing or inhibiting the activation process; therefore, some scaffolding may be referred to as catalytic scaffolding.

2. Localization of signal components in cells

Scaffold proteins localize signal components in specific regions of the cell, a process that is important in the local production of signal intermediates. A particular example is the A-type kinase-anchored protein (AKAP), which localizes the cyclic adenylate-dependent protein kinase (ie, protein kinase A, PKA) at different locations in the cell. Such localization can locally regulate PKA so that PKA can phosphorylate its substrate in a localized region.

The kinase inhibitor of Ras 1 is an enzyme encoded by the KSR1 gene in humans. One of the best studied signaling pathways in biology is the RAS-ERK pathway, in which the RAS G protein activates MAPKKK RAF, which activates MAPKK MEK1 (MAPK / ERK kinase 1) and then activates MAPK ERK. Several scaffold proteins have been identified to be involved in this pathway and other similar MAPK pathways. One such scaffold protein is KSR1, which is most likely a well-studied yeast MAPK scaffold protein Ste5. It is a positive regulator of this pathway and binds to many proteins in the pathway, including all three kinases in the cascade. It has been shown that KSR1 localizes to the plasma membrane during cell activation, thereby functioning in the assembly of components of the ERK pathway and localization of activated ERK to the plasma membrane. 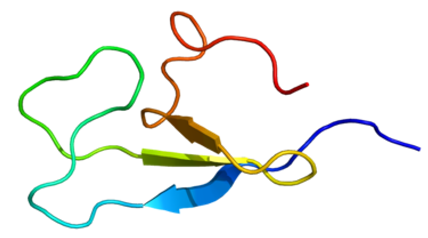 Figure 2. Structure of the KSR1 protein.

Discs large homolog 1 (DLG1), also known as synapse-associated protein 97 or SAP97, is a scaffold protein encoded by the SAP97 gene in humans. SAP97 is a mammalian MAGUK family member protein similar to the Drosophila protein Dlg1 (this protein is also known as hDlg1 and the human gene is DLG1). SAP97 is expressed in systemic epithelial cells. In the brain, it involves the transport of ionotropic receptors from the endoplasmic reticulum to the plasma membrane and may be involved in the transport of AMPAR during synaptic plasticity. 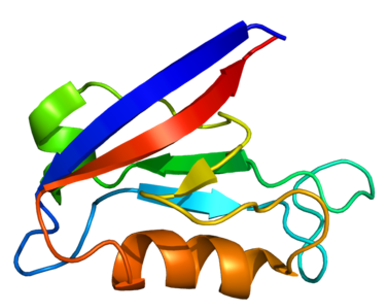 Figure 3. Structure of the DLG1 protein.