Tyrosine Kinase Proteins (PTK) is a class of kinases that catalyze the transfer of γ-phosphate on ATP to protein tyrosine residues, which can catalyze the phosphorylation of various substrate protein tyrosine residues in cells. It plays an important role in growth, proliferation and differentiation. Most of the protein tyrosine kinases discovered so far are oncogene products belonging to oncogenic RNA viruses, and can also be produced by vertebrate proto-oncogenes. PTK can be divided into non-receptor type and membrane receptor type depending on whether it is present in the cell membrane receptor. The phosphate group is attached to the amino acid tyrosine on the protein. Tyrosine kinases are a subset of larger class of protein kinases that link a phosphate group to other amino acids (serine and threonine). Phosphorylation of proteins by proteins is a significant mechanism for transmitting signals (signal transduction) and regulating cell activity (such as cell division) in cells. Protein kinases can become mutate, stay in the "on" position, and cause uncontrolled growth of cells, which is an important step in the development of cancer. Therefore, kinase inhibitors, such as imatinib, are often effective cancer treatments. Most tyrosine kinases have a related protein tyrosine phosphatase that removes phosphate groups. 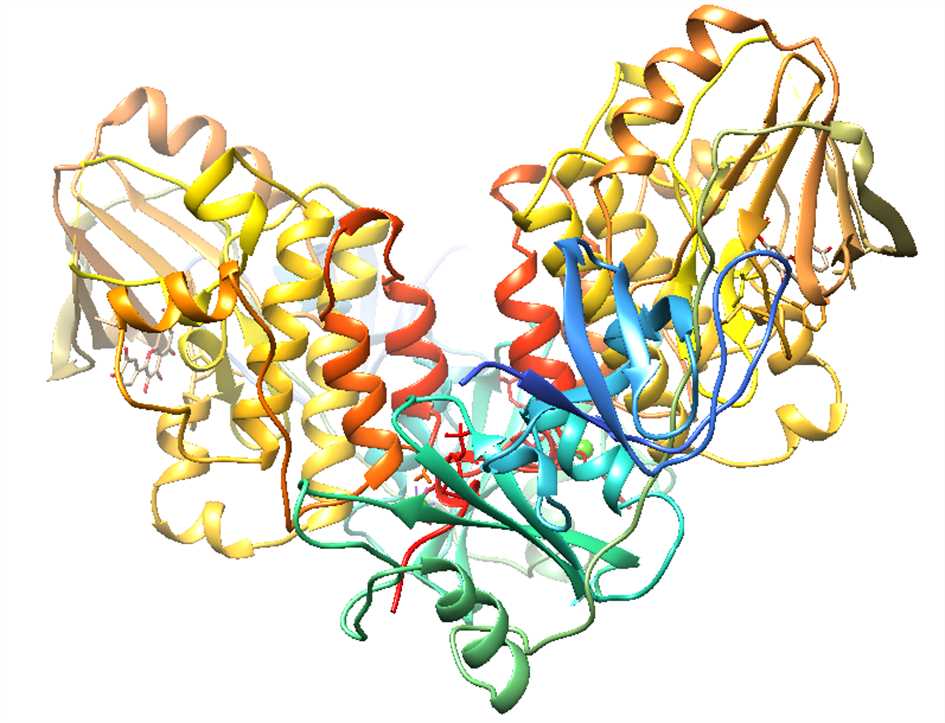 When tyrosine kinases are affected by other factors, they sometimes can cause significant changes. One such factor is a molecule that is bound reversibly by a protein. Many receptor tyrosine kinases, although certainly not all, do not exert protein kinase activity until they are occupied or activated by one of these ligands. Although an increasing number of studies have shown that the receptor remains active in endosomes, it has been thought that endocytosis caused by ligands is responsible for the process of receptor inactivation. The activated receptor tyrosine kinase receptors are internalized (recycled back into the system) in a short time and ultimately delivered to the lysosomes where they are adjacent to the decomposed digested acid hydrolase. Internalized signaling complexes are involved in the different roles of different receptor tyrosine kinase systems, and their specific of which have been studies. In addition, the ligand is involved in reversible binding, and the term describes those inhibitors that bind non-covalently (depending on whether these inhibitors bind enzymes, enzyme-substrate complexes or both to inhibit different types of inhibition). Multivalentity is an attribute of particular interest to some people involved in related scientific research, characterized by the simultaneous binding of several ligands located on one unit to several coincident receptors on another unit. In any case, the binding of the ligand to its partner is evident as it may have an effect on the functionality of many proteins. Ligand-activated receptor tyrosine kinases, sometimes referred to, exhibit unique properties. Once the tyrosine receptor kinase binds to its ligand, it is able to bind to the tyrosine kinase present in the cytosol of the cell.

Protein kinases are a class of enzymes that possess a catalytic subunit that transfers the gamma (terminal) phosphate from nucleotide triphosphates (often ATP) to one or more amino acid residues in a protein substrate side-chain, leading to a conformational change affecting protein function. The enzymes fall into two broad classes, characterised with respect to substrate specificity: serine/threonine-specific, and tyrosine-specific.