In human cells, normal metabolic activity and environmental factors (such as radiation) can cause DNA damage, resulting in damage to up to one million individual molecules per cell per day. DNA repair is a collection of processes by which a cell recognizes and corrects damage to the DNA molecules encoding its genome. Many lesions cause damage to the structure of DNA molecules and the ability to alter or eliminate cells to transcribe the affected DNA code of the gene. Other lesions cause mutations in the genome of potentially harmful cells, affecting the survival of their daughter cells after mitosis. As a result, the DNA repair process has been active by responding to damage in the DNA structure. When the normal repair process fails without apoptosis, irreparable DNA damage may occur, including double-strand breaks and DNA cross-linking (inter-strand cross-linking or ICL). Malignant tumors may eventually result, or cancer is inferred based on two hit hypotheses. 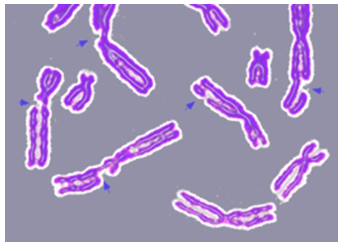 There are many types of damage to DNA molecules. After UV irradiation, two adjacent thymine (T) or cytosine (C) on the DNA molecule can be covalently bonded to form a cyclobutyryl ring, and this cyclic structure is called a dimer. The formation of thymine dimers is the main mode of UV damage to DNA molecules. After the cells are irradiated by X-rays or γ-rays, the radicals generated by the water in the cells can both break the hydrogen bond between the double strands of the DNA molecule, and can also break the single-strand or double-strand. Alkylating agents such as bleomycin and methanesulfonic acid methane in the chemical can also cause chain breakage.

Mitomycin C can cause cross-linking between single strands of DNA molecules, which often occurs between two single-stranded diagonal guanines. Crosslinking of chains also tends to cause breakage of DNA molecules.

DNA molecules can also undergo individual base or nucleotide changes. 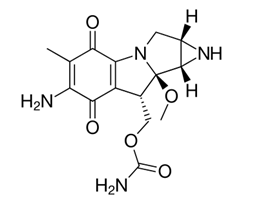 Also known as light reversal. This is a repair process in which the photoreactivation enzyme is recognized by visible light (wavelength of 3,000 to 6,000 angstroms) and acts on the dimer, and the cyclobutyroyl ring is opened by the energy provided by the light. Photoreactive enzymes have been found in bacteria, yeasts, protozoa, algae, frogs, birds, marsupials in mammals, and higher mammalian and human lymphocytes and dermal fibroblasts. Although this kind of repair function is ubiquitous, it is mainly a repair method of lower organisms. As the organism evolves, its role is also weakened. The photoreactivation process is not that the PR enzyme absorbs visible light, but the PR enzyme first combines with the thymine dimer on the DNA strand to form a complex that absorbs visible light in some way and uses light energy to cut off thymine dimerization. The C-C bond between the bodies, the thymine dimer becomes a monomer, and the PR enzyme is dissociated from the DNA.

Also known as cut repair. Originally found in E. coli, including a series of complex enzymatic DNA repair and replication processes, there are mainly the following stages: endonuclease recognizes the DNA damage site, and makes a mouth at the 5' end, and then acts as an exonuclease. The lesion was excised from the 5' end to the 3' end; then, under the action of DNA polymerase, a new DNA single-stranded fragment was synthesized using the complementary strand corresponding to the damage to fill the gap left after excision; finally, the connection was made. Under the action of the enzyme, the newly synthesized single-stranded fragment is ligated with the original single strand by a phosphodiester chain to complete the repair process. Excision repair is not limited to repairing pyrimidine dimers, but it can also repair other types of damage caused by chemicals. From the point of view of the resected object, the resection and repair can be divided into two types: base excision repair and nucleotide excision repair. The base excision repair is to identify and remove the damaged base by glycosylase, and form a vacancy-free or pyrimidine-free vacancy on the DNA single strand. The base position of this vacancy can be filled in two ways: The insertion of the correct base into the vacant position by the insertion of the enzyme; the second is to cleave the DNA strand at the 5' end of the vacancy under the catalysis of the endonuclease, thereby triggering the above-mentioned series of excision repair processes. Specific glycosylases are recognized for various types of base damage. Different endonucleases are also relatively specific for the identification of different types of damage. Excision and repair functions are widely found in prokaryotes and eukaryotes, and are also the main repair methods in humans. Rodents (such as hamsters and mice) are innately lacking in the function of excision and repair. 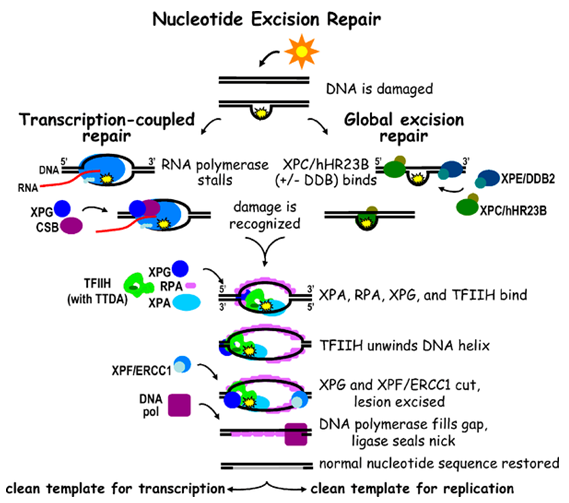 Recombinant repair begins with the semi-reserved replication of DNA molecules, and vacancies occur due to replication in the corresponding position of the pyrimidine dimer. It has been confirmed in E. coli that this DNA damage induces the production of recombinant proteins in recombinant proteins. Under the action, the parent and daughter strands are recombined. After the recombination, the gap in the original parent chain can be filled by the DNA polymerase, and the single stranded DNA fragment is synthesized by using the side daughter strand as a template. Finally, the ligase is also used under the action of ligase. The diester bond connects the old and new chains to complete the repair process. Recombinant repair is also the main method of repairing rodents. The biggest difference between recombinant repair and excision repair is that the former does not need to immediately remove the damaged part from the parental DNA molecule, but can ensure that DNA replication continues. The damaged part left in the original parent chain can be repaired by the excision repair method in the next cell cycle.

The DNA repair process exists both in prokaryotes and in eukaryotes, and many of the proteins involved are highly conserved throughout evolution. In fact, cells have evolved a number of mechanisms to detect and repair various types of damage that DNA can occur, whether caused by environmental damage or replication errors. Because DNA is a molecule that plays a positive and critical role in cell division, the control of DNA repair is closely related to the regulation of the cell cycle. In the cell cycle, the checkpoint mechanism ensures that the DNA integrity of the cell is allowed to occur before DNA replication and cell division occur. Failure of these checkpoints can lead to accumulation of damage, which in turn leads to abrupt changes.