Signal transduction is the process by which a chemical or physical signal is transmitted through a cell as a series of molecular events. The most common is protein kinase-catalyzed protein phosphorylation, which ultimately leads to cellular responses. The protein responsible for detecting the stimulus is often referred to as the receptor, although in some cases the term sensor is used. Changes caused by ligand binding (or signal sensing) in the receptor result in a biochemical cascade, which is a biochemical event chain that acts as a signaling pathway. As the signaling pathways interact with each other, they form a network that allows for the coordination of cellular responses, typically by combining signaling events. At the molecular level, this response includes changes in gene transcription or translation, post-translational and conformational changes in proteins and changes in their position. These molecular events are the basic mechanisms that control cell growth, proliferation, metabolism, and many other processes. In multicellular organisms, signal transduction pathways have evolved to regulate cellular communication in a variety of ways.

Receptors can be roughly divided into two major classes: intracellular and extracellular receptors.

Extracellular receptors are integrated transmembrane proteins that make up the majority of receptors. They span the plasma membrane of the cell, with some of the receptors on the outside of the cell and the other on the inside of the cell. Signal transduction occurs because the ligand binds to the outer region of the receptor (the ligand does not pass through the membrane). Ligand-receptor binding induces changes in the internal conformation of the receptor, a process sometimes referred to as "receptor activation." This results in activation of the enzyme domain of the receptor or exposure of binding sites of other intracellular signaling proteins within the cell, ultimately allowing signals to propagate through the cytoplasm.

In eukaryotic cells, most intracellular proteins activated by ligand/receptor interactions have enzymatic activity; examples include tyrosine kinases and phosphatases. These enzymes are usually covalently linked to the receptor. Some of them produce second messengers, such as the cyclic AMP and IP3, which control the release of intracellular calcium stores into the cytoplasm. Other activated proteins interact with adaptor proteins that promote signaling protein interactions and are required for response to specific stimuli. Both complex enzymes and adaptor proteins react to various second messenger molecules.

Intracellular receptors, such as nuclear receptors and cytoplasmic receptors, are soluble proteins located in their respective regions. Typical ligands for nuclear receptors are non-polar hormones such as the steroid hormones testosterone and progesterone as well as derivatives of vitamins A and D. In order to initiate signal transduction, the ligand must pass through the plasma membrane by passive diffusion. Upon binding to the receptor, the ligand enters the nucleus through the nuclear membrane (Figure 1) and alters gene expression. The activated nuclear receptor is attached to the DNA as a receptor-specific hormone response element (HRE) sequence, located in the promoter region of the gene activated by the hormone-receptor complex. Because of their gene transcriptional abilities, they are called inducers of gene expression. All hormones that act by regulating gene expression have two consequences in their mechanism of action; their effects are produced after a characteristic long time, and their action lasts for another long period of time, even if their concentration After being reduced to zero, the ligand is inactivated or terminated to bind to the receptor due to the relatively slow transition of most enzymes and proteins. Nuclear receptors have a DNA binding domain containing a zinc finger and a ligand binding domain; zinc fingers stabilize DNA binding by maintaining their phosphate backbone. The DNA sequences that match the receptor are typically any kind of hexamer repeats; the sequences are similar but their orientation and distance distinguish them. The ligand binding domain is also responsible for the dimerization of the nucleic acid receptor prior to binding and provides a transactivation structure for communication with the translation device. 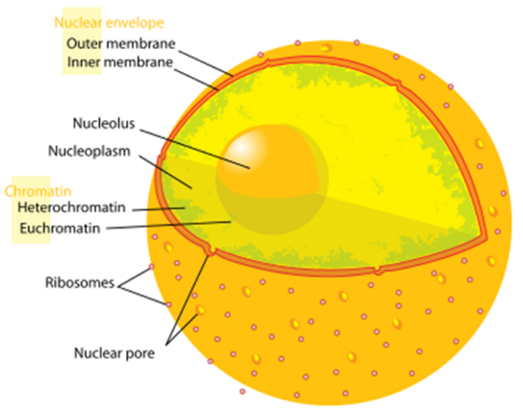 Figure 1. A comprehensive diagram of a human cell nucleus.