The ubiquitin-proteasome pathway (UPP) is one of the major destructive ways to control the activity of different proteins. The function of UPP is to eliminate dysfunctional/misfolded proteins by the proteasome, which allows UPP to regulate the quality of proteins in cells. Therefore, defects in UPP are expected to interfere with cellular homeostasis and are detrimental to cell survival.

The steps of Ubiquitin-Proteasome Pathway

UPP is a major negative regulatory machinery protein that is post-translationally labeled with ubiquitin (Ub) or multiple ubiquitin molecules attached to the protein lysine side chain. Ub provides an identification signal for the 26S proteasome, and with Ub-modified proteins, the shuttle factor facilitates its transport to the 26S proteasome where specialized receptors begin their degradation. It has developed a clever way to divide this complex biochemical mechanism into two discrete sequential steps:

First, step A is a specific identification process that employs a Ub conjugate cascade that uses a highly modular approach to achieve different purposes in different combinations. Specifically, three different sets of enzymes (ie, E1, E2, and E3) shuttle Ub and ultimately bind Ub to the protein substrate. Different combinations of E2 or E3 or both can identify unique degradation signals for each substrate, providing excellent specificity for ubiquitination of multiple protein substrates.

Step B, which is mediated by the proteolytic proteasome core, the substrate labeled with the 26S proteasome degradation is an indiscriminate disruption process. This indiscriminate proteolytic step provides directionality to the signaling pathway, ie, once the protein is promised to degrade, there is no return, ensuring that the partially degraded protein does not interfere with the biological process. Finally, most of the ubiquitinated proteins are recognized by the 26S proteasome, unfolded and penetrated into the 20S proteolytic chamber in an ATP-dependent manner. 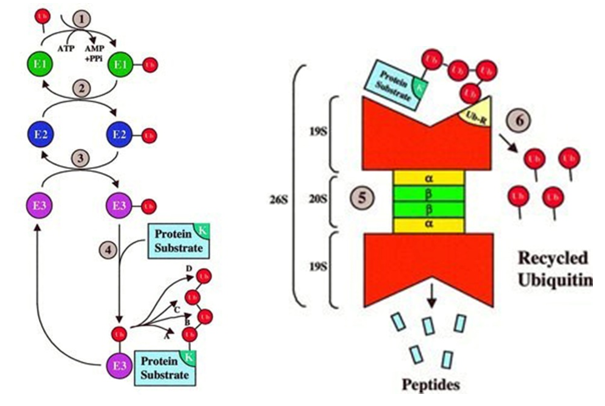 Figure 1. The steps of Ubiquitin-Proteasome Pathway. (Ciechanover, A. 1998)

Process and Regulation of Ubiquitin-Proteasome Pathway

Ubiquitin is a 9 kDa regulatory protein that attaches to substrate proteins to form post-translational modifications and ubiquitination. The long polyubiquitin chain is the target of 26S proteasome degradation. The 26S proteasome is composed of the 19S subunit on both sides of the 20S subunit and is a proteolytic mechanism associated with the ubiquitin pathway. It should be emphasized that the specificity of ubiquitination is largely determined by a series of E3 enzymes and E3 polyprotein complexes, each of which is specific for one or several corresponding protein substrates and E2 enzymes, each enzyme is dedicated to their homologous E3 enzymes. As a result, different combinations of E2 and E3 enzymes allow selective labeling and degradation of specific intracellular proteins. In contrast, only one E1 family is highly conservative.

The protein Ubc13 is a member of the Ub coupled (E2) enzyme family, which receives Ub from the E1 enzyme. Once the protein substrate is monoubiquitinated, a polyubiquitin chain is formed by the same ubiquitination conjugation cascade, wherein the carboxyl group of the carboxy terminal Gly-76 of ubiquitin is covalently linked to the internal Lys residue of ubiquitin, ie It is incorporated into protein substrates. TNFα induces polyubiquitination of the receptor-interacting protein kinase (RIP), and ubiquitinated RIP binds to NEMO (NF-κB basic regulator), and activation is formed by the kinase complex inhibitors IKKα and IKKβκB (IκB). Nuclear factor. This results in ubiquitination of IκB, and ubiquitinated IκB is separated from NF-κB and directed directly to the 26S proteasome, which is promoted by a halogen-containing peptide (VCP). NF-κB is released into the nucleus to activate transcription of the target gene.

The important role of UPP was awarded the 2004 Nobel Prize in Chemistry. It has become a central player in the regulation of a variety of cellular processes that affect DNA transcription, cell cycle, inflammation, ribosome biogenesis, and appear very quickly. In fact, defects in various components of UPP can lead to a variety of human diseases, including cancer and neurodegenerative diseases, making pharmacological regulation of this pathway a promising future treatment strategy.