Apoptosis adaptor proteins play a key role in regulating pro-apoptotic and anti-apoptotic signaling pathways after activation of death receptors. Adaptor proteins (such as FADD (Fas-related death domain) and TRAD (TNF receptor-related death domain)) are recruited to ligand-activated, oligomeric death receptors to mediate apoptotic signaling pathways. Apoptotic adaptors associate with the cytoplasmic portion of the death receptor through a domain shared by the death domain (DD). After binding to the ligand-binding receptor, the adaptor protein recruits pepsin 8 or pepsin 10 through its death effector domain (DED) to form a DISC (signal complex that induces death). The formation of DISC will trigger the caspase signaling cascade and eventually induce apoptosis. Other adapter proteins mediate apoptotic signal transduction through different mechanisms. CRADD/RAIDD (caspase and RIP adaptors with death domains) and PIDD (p53-induced protein with death domains) are two adapter proteins that combine with pro-caspase-2 to form PIDDosome after DNA damage. The formation of this complex results in cleavage and activation of caspase-2. DAXX (xx associated with the Fas death domain) and RIP1 (receptor interaction protein 1) are two other adaptor proteins that contain the death domain. They recruit Fas or TNF RI, respectively, after ligand binding. These two proteins are involved in mediating caspase-independent apoptotic signaling pathways. Like TNF RI and Fas, TRAIL receptors (TRAIL R1/DR4 or TRAIL R2/DR5) and DR3 also contain intracellular death domains and can induce apoptosis through adaptor-mediated recruitment of caspase-8 or caspase-10. In addition to promoting apoptosis, binding of the ligand to TNF RI (TNF-α) or DR3 (TWEAK) can also cause the recruitment of intracellular adaptor proteins to TRAF-2 (TNF receptor-related factor 2). Subsequently, TRAF-2 signaling led to NFkB activation, which induced the expression of anti-apoptotic genes such as FLIP and Bcl-2.

Fas-associating protein with a novel death domain, FADD, also known as Mort1, is a death domain protein that specifically binds to the cytoplasmic region of Fas, hence the name Fas-associated with death domain protein, which is a Fas-related protein with a dead functional region. When Fas binds to the corresponding ligand FasL (CD95L), the Fas receptor is trimeric and activated. The activated receptor binds to FADD and interacts with caspase-8 The latter activates to form a death-inducing signal complex, and then activates a series of Caspase-1, 3, 7 and so on, and promotes the apoptosis of cells in which the Fas protein is located. Its role has attracted much attention in tumor research.

Tumor necrosis factor receptor type 1-associated DEATH domain protein is a protein that in humans is encoded by the TRADD gene. The protein encoded by this gene is a death domain containing adaptor molecule that interacts with TNFRSF1A/TNFR1 and mediates programmed cell death signaling and NF-κB activation. This protein binds adaptor protein TRAF2, reduces the recruitment of inhibitor-of-apoptosis proteins (IAPs) by TRAF2, and thus suppresses TRAF2 mediated apoptosis. This protein can also interact with receptor TNFRSF6/FAS and adaptor protein FADD/MORT1, and is involved in the Fas-induced cell death pathway. 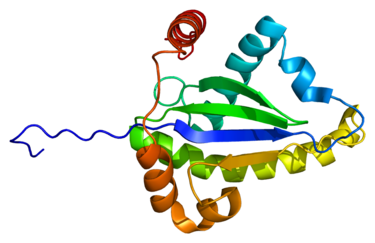 The protein encoded by this gene is a protein containing a death domain (CARD/DD) and has been shown to induce apoptosis. Through its CARD domain, the protein interacts with caspase 2/ICH1 to recruit cell death signal transduction complexes including tumor necrosis factor receptor 1 (TNFR1A), RIPK1/RIP kinase, and many other CARD domain-containing of protein. 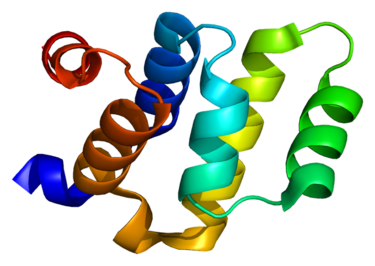 Figure 3. Structure of the CRADD protein.