Talk about the 2012 Nobel Prize in physiology or medicine

Many scientific breakthroughs are not predictable. But there are some must factors behind the seemingly arbitrary work.

John Bertrand Gurdon, born in Oct. 2, 1933 in England, is an English developmental biologist, won the 2012 Nobel Prize in physiology or medicine sharing with Shinya Yamanaka who we will talk later. He graduated from Eton College for high school, where he had terrible academic scores among 250 students, so as his poor performance in the field of science and engineering. But after 64 years, he is generally accepted as one of the smartest persons. He started his university life in Christ Church, Oxford College. And he finished his doctoral program at the University of Oxford. 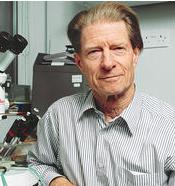 Shinya Yamanaka, born in Sep. 4, 1962 in Osaka, is a Japan stem cell research medical scientist. He graduated from Kobe University School of Medicine and then finished his doctoral program in Osaka City University. His career was not as smooth and bright as we now see. He once to be a“dull”orthopedist who could take 2 hours to finish a surgery that others only take 20 minutes. He experienced poor economic status when he didn’t know his exact career direction. He once self-deprecated having PAD (post America depression) after he came back to Japan from America. 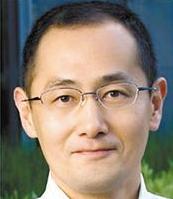 In 1960s, Gurdon made anepoch experiment: he injected the small intestineepithelial nuclei of American xenopusinto enucleated eggs and then some eggsgrew into tadpoles and then became mature xenopus. This was the first time that people created a new animal from animals’ maturecells. This was nuclei transplantation. Essentially speaking, the nuclei transplantation is to turn the mature cells into pluripotent. Since a normal epithelial cell can grow intoa complete individual, then there must be some ways we can differentiate this epithelial cells into myocardial cells, lung cells or breast cells etc. So that doctors can conduct transplant surgeries by patients’ autologous cellswith ignoring immune rejection and ethic controversy. But Hans Spemanna (the 1935 Nobel Prize winner in Physiology) found if transferring this cell into another cell type, induction of surrounding cells is needed. For example, if we want a functioning kidney, we need all of the surrounding organs of kidney. Does that mean we need to create a whole embryo if we want to get that kidney? This come back to the controversial point again. Luckily, Shinya Yamanaka found 4 key genes,Oct3/4, Sox2, c-Myc and Klf4 whose re-expression can induce the stem-cell-like differentiation ability in cells. Yamanaka’s studies shows we can transplant and induce well differentiated cells “rejuvenate” into stem cells so that make them become pluripotent cells we want. So that we can replace our damaged or aged organs once they have dysfunction. We could keep alive and stay at a “permanent” stages. However, the induced pluripotent stem cells (iPS cell) are easy to carcinogenesis with a chance of 20 percent. For clinical purpose, this risk is still too high.

We have progressed a lot and opened the door for long life and rejuvenation. But there still is a long way to go ahead of us.