Amino acid is a compound in which a hydrogen atom on a carbon atom of a carboxylic acid is replaced by an amino group. The amino acid molecule contains two functional groups, namely, amino group and carboxyl group. Similar to hydroxy acids, amino acids can be divided into α-, β-, γ -... w-amino acids according to the different positions of the amino chain on the carbon chain, but the amino acids obtained after proteolysis are all α-amino acids, There are only more than twenty kinds, they are the basic units of protein. Amino acids are the basic substances that make up the proteins needed for animal nutrition. It is an organic compound containing a basic amino group and an acidic carboxyl group. The amino group attached to the α-carbon is an α-amino acid. The amino acids that make up proteins are mostly α-amino acids. Amino acids can play the following functions through metabolism in the human body: ①synthesize tissue proteins; ②become ammonia-containing substances such as acids, hormones, antibodies, creatine; ③turn into carbohydrates and fats; ④oxidize to carbon dioxide and water and urea, generate energy. 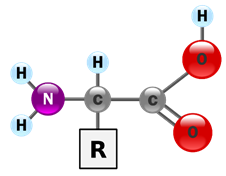 Figure 1. The structure of an alpha amino acid in its un-ionized form.

The first amino acid to be discovered was aspartic acid isolated from asparagus by French chemists in 1806, and several amino acids were subsequently found separately. Chemists hydrolyzed different proteins in the laboratory and obtained many different amino acids, that is, substances with an amino group, a carboxyl group, and a side chain structure. The simplest structure of glycine was found in the hydrolysate of protein in 1820, and about 20 amino acids were found in nature by 1940. Aspartic acid was first discovered in 1806 and the last amino acid threonine was discovered in 1935. Lysine was first isolated from casein by Drech-sel in 1889.

If the essential amino acid requirements of fish are known, it should be possible to meet these needs in culture systems in a number of ways from different food proteins or combinations of food proteins. 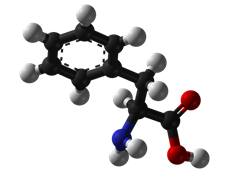 Methods have recently been reported for measurement of methionine in proteins using an iodoplatinate reagent before and after reduction with titanium trichloride, to give values for both methionine and the sulphoxide in the original protein. A method for measuring methionine specifically by cyanogen bromide cleavage has also been described. Both methods remain to be independently assessed. Microbiological assay of methionine in feed proteins is a valuable tool although there is the danger that oxides of methionine may differ in their activity for micro-organisms and misrepresent values. 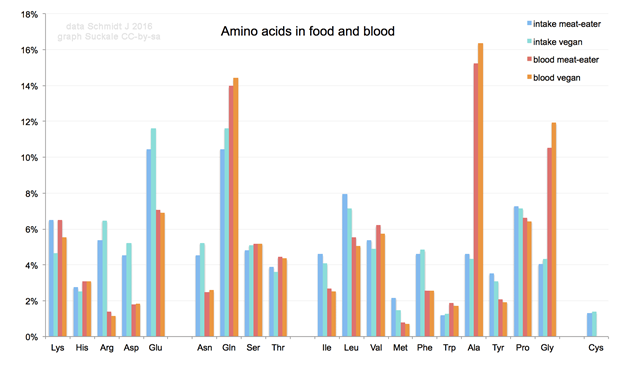 Figure 5. Share of amino acid in different human diets and the resulting mix of amino acids in human blood serum.

Commercial production of amino acids often relies on mutant bacteria that use glucose as a carbon source to overproduce individual amino acids. Some amino acids are produced by enzymatic conversion of synthetic intermediates. 2-aminothiazoline-4-carboxylic acid is an intermediate in an industrial synthesis such as L-cysteine. Aspartic acid is produced by adding ammonia to fumarate using a lyase.

The protein of the element, its role in food nutrition is obvious, but it cannot be used directly in the human body, but is used by turning into small amino acid molecules. That is, it is not directly absorbed by the human body in the gastrointestinal tract, but is digested by high-molecular-weight proteins into low-molecular-weight peptides or amino acids in the gastrointestinal tract, and then absorbed in the small intestine. Enter the liver along the hepatic portal vein. Part of the amino acid is broken down or synthesized in the liver; the other part of the amino acid continues to be distributed to various tissues and organs with the blood, and can be selected to synthesize various specific tissue proteins.

Amino acids are mainly used in medicine to prepare compound amino acid infusions, as well as therapeutic drugs and for the synthesis of peptide drugs. There are hundreds or dozens of amino acids used as medicines, including 20 amino acids that make up proteins and more than 100 amino acids that make up non-proteins. The compound preparation composed of multiple amino acids occupies a very important position in modern intravenous nutrition infusion and "element diet" therapy. It plays an active role in maintaining the nutrition of critically ill patients and saving patients' lives, and has become one of the essential medical varieties in modern medicine.