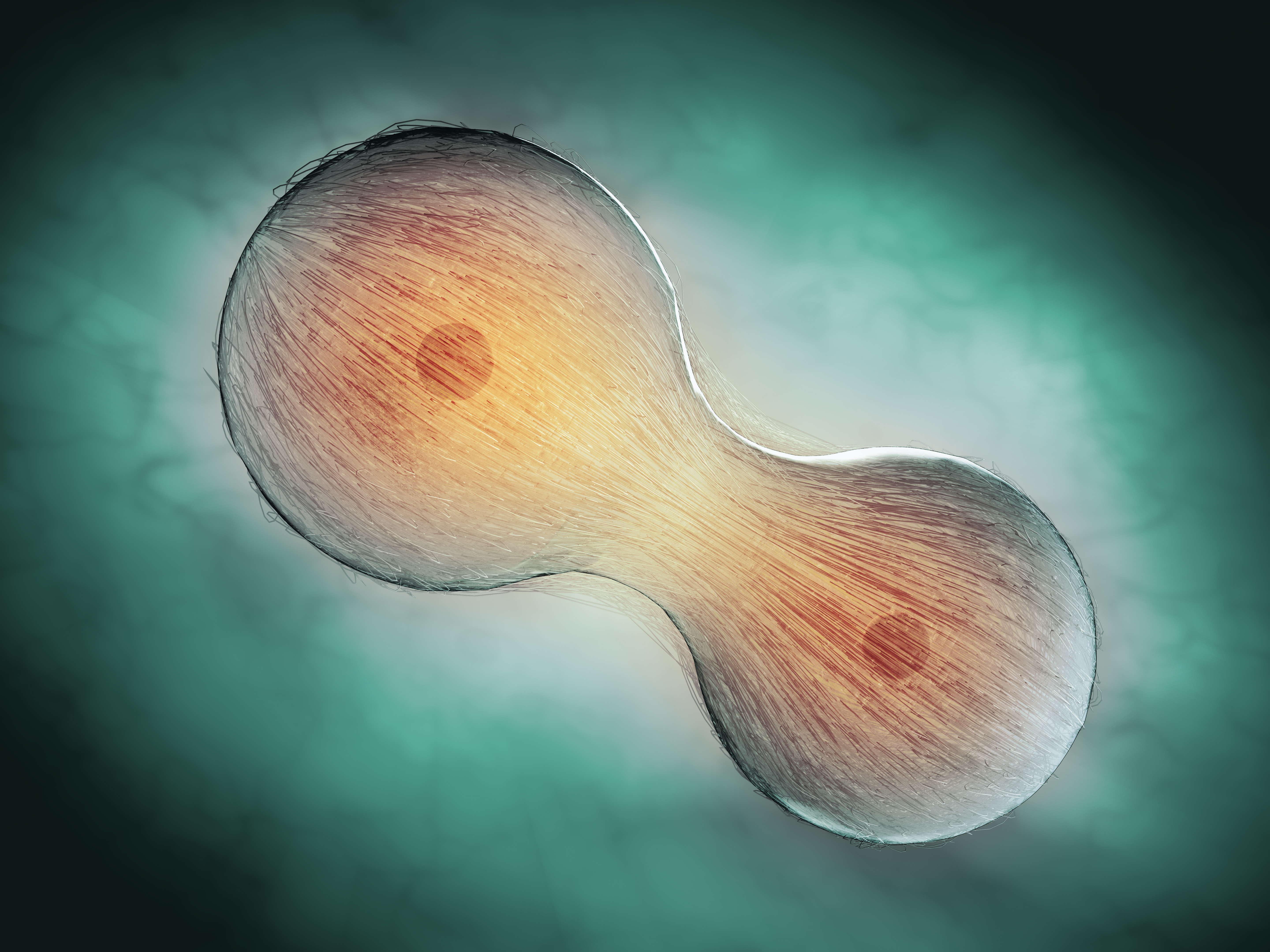 Life is a continuous process that is passed from one generation to the next. The life of a cell begins with the division of a parent cell, ending with the formation of its daughter cells, or the death of the cell. The daughter cell formation is usually used as a marker for the end of a cell division. The cell cycle refers to the entire process that the cell undergoes from the completion of one division to the end of the next division. In this process, the cell's genetic material replicates and is equally distributed to both daughter cells. It is divided into two phases: interphase and mitotic (M) phase.

In a proliferating cell population, not all cells are synchronously proliferating. They may have four fates during cell cycle:

Cancer was thought to arise when cell growth exceeds the rate at which cells die, so that cells are dividing at an uncontrollable rate. It is now accepted that cancer is more accurately described as being the product of malfunctions within the regulation of the cell cycle, such that injured or mutated cells which are normally killed, are allowed to progress through the cell cycle, accumulating mutations. Mutations mostly occur in proto-oncogenes and tumor suppressor genes. Proto-oncogenes normally act at different levels of cell proliferation, but can promote tumor growth when mutated. Similarly, mutation of tumor suppressor genes would hinder the inhibition of cell cycle progression, thus facilitating abnormal growth. 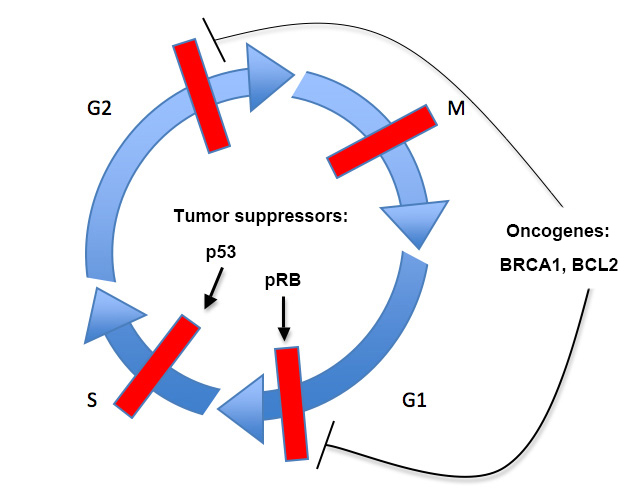 Tumor suppressors, such as p53 and the retinoblastoma protein (RB), function to repress or halt the cell cycle, promote apoptosis, or both. Oncogenes, such as BRCA1 and BCL2, serve to promote cell proliferation or block apoptosis, and are often transcription factors, growth factors or growth factor receptors, or apoptotic regulators. The tumor suppressor p53 is found mutated in almost 50% of all tumors, and the p53 pathway (including upstream regulators or downstream targets) has been proposed to be altered in perhaps all tumors. Another example is the BCL2 oncogene, which is involved in the initiation of almost all follicular tumors and is involved in chronic lymphocytic leukemia and lung cancer. Thus, understanding the cell cycle and its key regulatory components is important to understanding cancer, and perhaps in identifying therapeutic targets.

Under normal conditions, growth-regulating mechanisms endeavor to maintain homeostasis. Homeostasis within a cell, is regulated by the balance between proliferation, growth arrest and apoptosis. Disturbance in the balance between cell growth and death, may result in hyperplasia or neoplasia. Once the stimulus is removed, however, the process of hyperplasia is reversible, whereas in cancer cells, it is irreversible. Cancer cells are characteristically independent of growth stimulus due to mutation of intracellular signal pathways. Such independence facilitates re-entry into the cell cycle, irrespective of positive or negative external stimulus. Fundamentally, all cancers permit the existence of too many cells. However, this cell number excess is linked in a vicious cycle with a reduction in sensitivity to signals that normally tell a cell to adhere, differentiate, or die. This combination of altered properties increases the difficulty of deciphering which changes are primarily responsible for causing cancer.