Channel proteins are hydrophilic channels that cross the plasma membrane and allow ions of appropriate size to pass through a concentration gradient, so they are also called ion channels. Some channel proteins form channels that are usually open, such as leak channels (also called "resting potassium channels"), which allow potassium ions to continuously flow out. Some channel proteins are usually closed, that is, the "door" is not continuously open, it is only opened under a specific stimulus, and it is instantaneously opened and closed. Within a few milliseconds, some ions, metabolites, or other solutes follow the concentration Gradient free diffusion through the cell membrane, this type of channel protein is also known as gated channel. 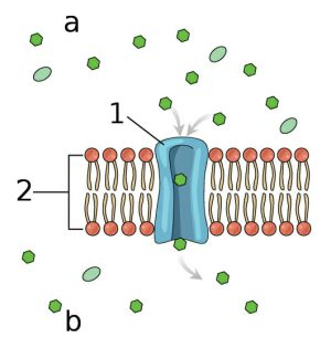 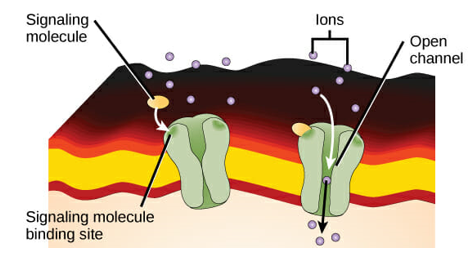 Most channel proteins are made of several identical protein subunits which form a hydrophilic region in their center. Gated channels function by changing conformation upon receiving a signal, allowing access to the hydrophilic passageway. Non-gated channels are usually formed from identical subunits, which attach to each other in a circle. While the inside of the circle is hydrophilic, the amino acids exposed within the hydrophobic cell membrane are also non-polar. This helps to anchor the protein within the membrane. If the protein tried to slip out of the membrane, it would be pushed by polar forces back into place.

Depending on whether it is gated or non-gated, a channel protein has a slightly different function. A non-gated channel protein simple allows ions and water to flow freely from one side of a membrane to another. While these types of channels are not often found on the external cell membrane, they are more often found within organelles and places where ion gradients are not maintained. When an ion gradient needs to be maintained, gated channel proteins serve the role of holding back the tide of ions until they are signaled to open. A closed channel acts as corked bottle. Water and ions move slowly through the plasma membrane, or not at all. If the channel protein is closed, they have little chance of obtaining an equilibrium. Cells use these proteins in many ways, everything from balancing their water content to actively building up charges.

When your muscles contract, this is the result of the action of gated channel proteins within your muscle cells. These cells respond to the neurotransmitter acetylcholine, which is present in high amount as the end of nerve cells. At the synapse or space where they release the neurotransmitter, the opposing nerve cell contains many channel proteins set to receive the signal. An electrical signal coming down the nerve (also driven by a type of channel protein) causes the acetylcholine to be released. The neurotransmitter diffuses quickly across the synapse, and reaches channel proteins on the other side. Each channel protein opens, releasing sodium and potassium ions. The electrical disturbance travels down special channels within muscles, carrying the signal to each muscle cell. Here, another set of channel protein is activated. These release sodium, causing the proteins actin and myosin to start their crawling motion against each other, contracting each cell. The full result is a full muscle contraction, moving a limb or operating a part of the body. 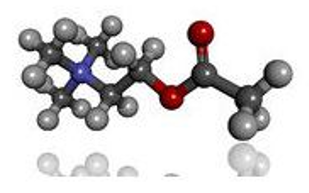