The circadian rhythm is a natural internal process that regulates the sleep-wake cycle and repeats approximately every 24 hours. It can refer to any biological process that exhibits endogenous, inducible oscillations for approximately 24 hours. These 24-hour rhythms are driven by the circadian clock and are widely observed in plants, animals, fungi and cyanobacteria.

The circadian rhythm enables organisms to predict and prepare for precise and regular environmental changes. Therefore, they enable organisms to make better use of environmental resources than those that cannot predict such availability. It has therefore been suggested that circadian rhythms give organisms a selective advantage in evolution. However, the rhythm seems to be equally important in regulating and coordinating internal metabolic processes, as well as in the coordination of the environment. This is suggested by the maintenance (heritability) of circadian rhythms in fruit flies after several hundred generations in constant laboratory conditions, as well as in creatures in constant darkness in the wild, and by the experimental elimination of behavioral, but not physiological, circadian rhythms in quail.

Two common clock proteins, PER and CRY, could modulate inflammation. The PER2 mutant leads to the loss of a daily rhythm in IFN-g. The oscillation in mortality from LPS is abolished in PER2-deficient mice, with PER2-/- mice being protected against LPS-induced lethality at all time points analyzed. The serum concentrations of IFN-γ and IL-βwere lowered dramatically in the PER2-/- mice with LPS injection, but amounts of TNF-a, IL-6, and IL-10 were normal. The impaired IFN-g was attributed to defective natural killer (NK) cell function. It was also observed that PER2 mutants have reduced amounts of Tlr9 mRNA in macrophages and activation of TLR9 by CpG produced less TNF-a and IL-12 from these macrophages. Therefore, PER2 may function to upregulate proinflammatory cytokines at certain stages of the circadian cycle. PER2 mRNA rhythms are antiphase to Bmal1 and PER2 mRNA peaks in macrophages just after the animals enter the active phase. PER2 is the negative component of the feedback loop that inhibits BMAL1: CLOCK activity as the animal enters the active phase (Figure 1). Therefore, PER2 may promote inflammation in part by repressing the activity of BMAL1. PER2 abundance also inhibits the function of REV-ERBa and repressing REV-ERBa could lead also to greater inflammation.

The other components of the negative feedback loop are the cryptochromes (Figure 1). Absence of the cryptochrome CRY1 and CRY2 in fibroblasts and BMDMs leads to increased Il6, Tnfa, Cxcl1, and Inos mRNA at baseline. Upon LPS stimulation, IL-6 and TNF-a expression are significantly higher in the BMDMs lacking CRY1 and CRY2. In fibroblasts this was due to CRY1 binding adenylate cyclase and limiting cAMP production. In the absence of CRY1, elevated cAMP increases PKA activity, leading to enhanced phosphorylation of p65 and NF-kB activation. CRY1-/-Cry2-/- mice have heightened inflammatory joint disease and enhanced production of TNF-a in a model of collagen-induced arthritis. Treatment of these mice with anti-TNF-a antibody reduced the severity of the disease in the CRY1-/-Cry2-/- mice, and ectopic expression of CRY1 in mouse embryonic fibroblasts from CRY1-/-Cry2-/- mice significantly reduced activation of the TNF-a promoter luciferase construct. This may again be due to the effects of Cry1 to limit PKA-induced phosphorylation of p65 and NF-kB activation in fibroblasts. 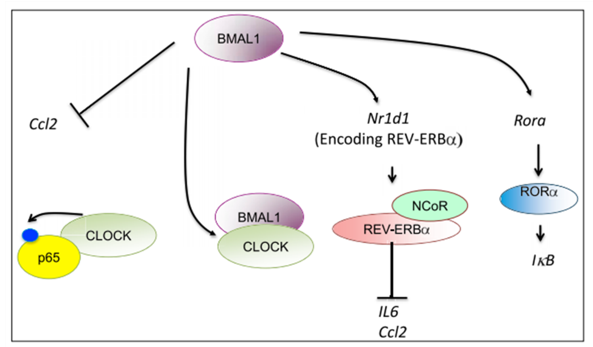 Figure 2. BMAL1 Is the Central Mediator on the Circadian Control of the Immune System and Promotes an Anti-inflammatory State. (Anne M. Curtis, et al. 2014).