Embryogenesis is a comprehensive term used in the process of embryonic formation in the biological world. It is mostly used in animals, but in plants, generally on plants above the moss (with embryo plants), it means that the single-cell fertilized eggs in the ovary blastocyst develop into more than one. The term is also used in the process of cell embryos, in which the fertilized egg grows and differentiates significantly from spores. In some cases, it is also expanded to grow and differentiate after the whole plant zygote (C.W. Wardlaw). From the morphological aspect of studying the occurrence and development of embryos, it is called embryogenesis.

The embryo is a larval within the first two months of pregnancy. The early development of blastocysts, embryos and embryonic development is a continuous process. During the body festival, all three germ layers changed. The ectoderm is recessed into a groove in the midline of the back, called the nerve groove, and the two sides of the groove are called nerve ridges. The nerve ridge gradually approaches and heals, causing the nerve to evolve into a neural tube that runs through the embryo body. The neural tube and nerve ridge will evolve into the nervous system in the future. The endoderm is curled into a tubular shape with the embryo body, which is called the gut. The gut is divided into the foregut, the midgut and the hindgut. 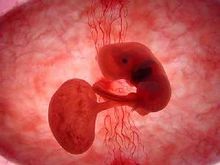 Generally, eggs are called pregnant or fertilized eggs within 2 weeks after fertilization; embryos are called embryos 3 to 8 weeks after fertilization. From a fertilized egg to a new individual, going through a series of very complex changes, here is a brief introduction to the development of the embryo. After fertilization, the egg cells begin to divide and develop and form embryos. The first embryo formed is a morula (the shape of the embryo is like a mulberry), and then the blastocyst is formed (the embryo is sac) and implanted in the endometrium to absorb the nutrients of the mother and continue to develop. The blastocyst wall is a trophoblast with an inner cell mass. The embryo continues to develop, and a part of the inner cell mass develops into three germ layers: ectoderm, endoderm, and mesoderm, and then the three germ layers differentiate to develop all tissues and organs of the adult body. 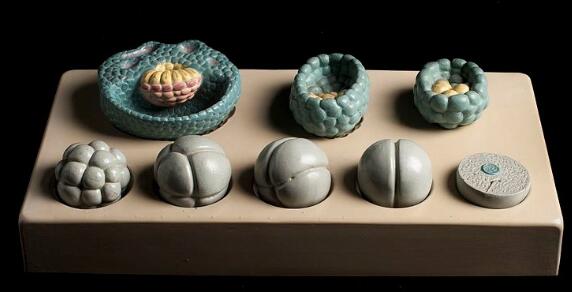