Epidermal growth factor (EGF) is a heat-resistant single-chain low-molecular-weight polypeptide consisting of 53 amino acid residues. After EGF specifically recognizes and binds to the EGF receptor on target cells, a series of biochemical reactions occur, which can ultimately promote DNA synthesis and mitosis in target cells. EGF is a sugar-free site, very stable, heat and acid resistant, and is widely present in body fluids and various glands. It is mainly synthesized by the submandibular gland and duodenum. The content of sera and semen increased specifically, but the concentration in serum was low. EGF has a wide range of effects and is of great significance in estimating tumor prognosis, selecting treatment options, and treating gastric ulcer and liver failure. Clinically, radioimmunoassay (RIA) or double antibody enzyme-linked immunosorbent assay (ELISA) can be used to determine the EGF content in serum or body fluids. 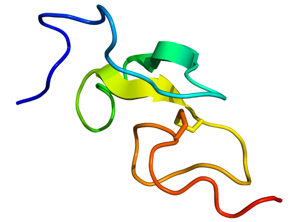 Epidermal growth factor assays can be used to diagnose a variety of tumors and ulcers.

Decrease: EGF has a wide range of biological effects on the digestive system, can stimulate target cell DNA synthesis, regulate cell defense and gastrointestinal secretion, can act on parietal cells, inhibit gastric acid and pepsin secretion, so EGF may be a natural gastrointestinal mucosa Growth-promoting factors are related to the occurrence of peptic ulcers. The gastric fluid and serum EGF content in patients with duodenal ulcers are significantly reduced.

The binding of EGF to EGFR results in cell proliferation, differentiation and survival. Salivary EGF appears to be regulated by inorganic iodine in the diet and also plays an important physiological role in maintaining the integrity of the esophagus and stomach tissues. The biological effects of saliva EGF include healing of oral and gastroesophageal ulcers, inhibition of gastric acid secretion, stimulation of DNA synthesis, and damage to intraluminal damage factors (such as gastric acid, bile acid, pepsin, and trypsin), as well as physical and chemical mucosa Protective and bacterial agents. 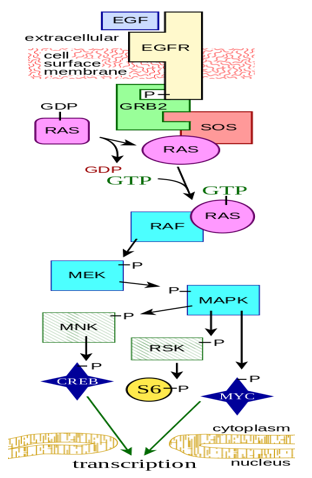