Gamete fusion activates eggs in animals and plants, and the gamete fusion site on the zygote may provide possible hints for zygotic development and / or embryo composition. In angiosperms, zygotes are usually divided into two-cell proembryos, consisting of an apical cell and a basal cell, with different cell fate. This is a hypothetical step in the formation of the apical base axis of the preembryo. We observed the positional relationship between the gamete fusion site and the cleavage plane formed by zygote cleavage of the in vitro fertilization system using rice gametes. There is no relationship between the gamete fusion site and the division plane that causes the two-celled protoembryo. Therefore, the gamete fusion site on rice zygotes does not seem to play a decisive role in locating the zygote split plane, and the zygotes obviously have the potential for autonomy, and the cell polarity can be established along its root tip axis for the first cut.

In the embryo sac of angiosperms, the egg cells are usually covered with cell walls in the small pores, while the cell walls are incomplete on one-third to two-thirds of the cell walls of the corns, exposing a large area of the plasma of the egg cells 3 Membrane adjacent to synergistic cells and central cells. Regarding gamete fusion sites on eggs embedded in embryo sacs, it has been shown that egg cells appear to fuse with sperm cells in the area of synergistic cell degeneration. 4,5 However, it is unclear whether there is a restricted gamete fusion point or a specific gamete fusion point on the plasma membrane of the lateral side of an egg cell located in the embryo sac. Because eggs and sperm cells exist as semi-protoplasts and protoplasts in the embryo sac, respectively, to allow membrane fusion between gametes, gamete fusion may occur around the la-shaped surface of the egg cell, unless it is there. Connected to the synergy (Figure 1). 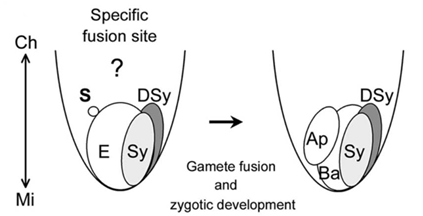 A subset of the ADAM (an integrin and metalloproteinase domain) protein family exists on the surface of sperm, which has been shown to be involved in the adhesion and fusion of the sperm's oocyte membrane through initial studies in guinea pigs. The prototype of ADAM contains multiple domains: proteases, metalloproteinases, disintegrins, cysteine-rich (with putative viral fusion peptides), epidermal growth factor, typical transmembrane and short cytoplasmic tail. Of the 37 known ADAMs, about 16 are expressed in the testes. For several ADAMs, the prodomain and metalloproteinase domains are proteolytically released during sperm transport through the epididymis, exposing integrins and cysteine-rich domains. Based on its molecular structure and sperm-specific expression (ie, containing metalloproteinases, double integrins, and cysteine-rich domains), it becomes a potential interaction factor for sperm-egg binding or fusion. 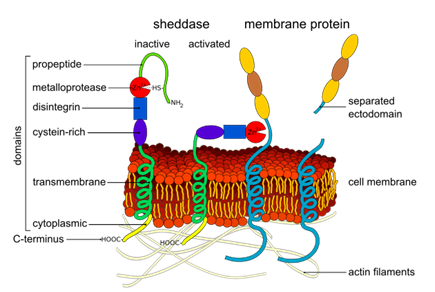 Integrin (integrin), also known as integrin, belongs to the integrin family. It is a type of heteroadhesive cell adhesion molecule that exists on the surface of vertebrate cells and depends on Ca2+ or Mg2+. As well as the mutual recognition and adhesion between cells and extracellular matrix, it has the role of linking the external effects of cells with the internal structure of cells. In a model suggesting that the sperm ADAM integrin domain plays a role in gamete adhesion and fusion, it is proposed that if not fused, the integrin on the egg will be a complementary receptor for gamete binding. Integrins are a family of adhesion proteins that exist on the cell surface as alpha and beta heterodimers. They can be divided into groups based on the specific beta subunits that are present. Various integrins on somatic cells have been shown to bind to ADAM, and multiple integrins have been identified on mouse egg surfaces. 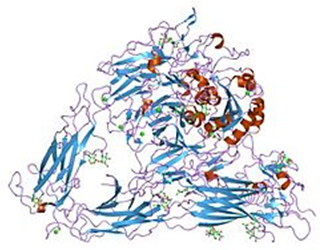 Figure 3. Structure of the extracellular segment of integrin alpha Vbeta3.