The GATA family consists of six transcription factors (GATA1, GATA2, GATA3, GATA4, GATA5, and GATA6.) that function in hematopoietic and endodermal development. Among them, GATA-1 is expressed in erythroid, megakaryocytic, eosinophil and mast cell lineages, and GATA2 is expressed in stem and progenitor cells, at more immature stage compared with GATA1. Based on the characteristic phenotypes of GATA1 and GATA2 mutant mice, it has been suggested that mutations of these GATA genes in humans may result in the onset of certain clinical diseases. To date, mutations of GATA1 gene have been found in inherited anemia and thrombocytopenia, and Down syndrome-related acute leukemia, which exhibits megakaryocytic phenotypes and frequently occurs in patients with Down syndrome.

GATA1 is a founding member of the GATA transcription factor family. This protein is widely expressed throughout vertebrate species. In humans and mice, it is encoded by the GATA1 and GATA1 genes, respectively. These genes are located on the X chromosome of both species. 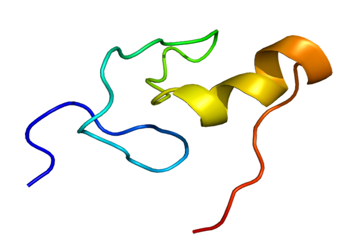 Figure 1. Structure of the GATA1 protein. Based on PyMOL rendering of PDB 1gnf.

GATA2 is a transcription factor, a nuclear protein that regulates gene expression. It regulates a large number of genes that are critical for embryonic development, self-renewal, maintenance, and blood formation, lymphoid system formation, and the function of other tissues to form stem cells. GATA2 is encoded by the GATA2 gene, which is frequently subjected to germline and somatic mutations, resulting in a wide range of familial and sporadic diseases, respectively. This gene and its products are targets for the treatment of these diseases.

Figure 2. Cartoon representation of the molecular structure of protein registered with 1gnf code.

GATA3 is a transcription factor encoded by the GATA3 gene in humans. Animal models and human studies have shown that it controls the expression of a wide range of biologically and clinically important genes. The GATA3 transcription factor is critical for embryonic development of various tissues as well as inflammatory and humoral immune responses as well as the normal function of the vascular endothelium. GATA3 haploinsufficiency leads to a congenital disease known as Barakat syndrome.

GATA4 is a protein encoded by the GATA4 gene in humans. This gene encodes a member of the GATA zinc finger transcription factor family. Members of this family recognize the GATA motifs present in the promoters of many genes. This protein is thought to regulate genes involved in embryogenesis and myocardial differentiation and function. Mutations in this gene are associated with cardiac septal defects and reproductive defects.

GATA5 is a protein encoded by the GATA5 gene in humans. The protein encoded by this gene is a transcription factor containing two GATA-type zinc fingers. The encoded protein is known to bind to hepatocyte nuclear factor-1 alpha (HNF-1 alpha) and this interaction is required for the synergistic activation of the intestinal lactase-phlorizine hydrolase promoter. In other organisms, similar proteins may be involved in the establishment of myocardial smooth muscle cell diversity.

GATA6, also known as GATA binding factor 6 (GATA6), is a protein encoded by the GATA6 gene in humans. The gene product preferentially binds to the consensus binding sequence of (A/T/C)GAT(A/T)(A).