Obesity refers to a certain degree of overweight and a thick fat layer, which is a state caused by the accumulation of body fat, especially triglycerides. Due to excessive food intake or changes in body metabolism, excessive fat accumulation in the body causes excessive weight gain and causes pathological, physiological changes or latency of the human body. 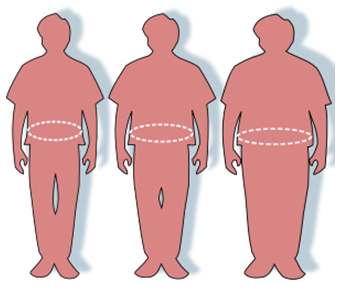 When a woman enters puberty, the ovaries and adrenal cortex begin to functionally change and produce two hormones, namely, female and male, and then ovarian ovulation will naturally synthesize progestin, which will cause female physical changes such as rapid increase, breast development, Body fat increases and the body becomes fuller, showing obvious secondary sexual characteristics.

At the beginning of a major illness, there is a natural healing process. At this time, appetite often soars. People who have poor sleep in the past often lie in bed. Non-major wasting diseases, such as trauma, birth control surgery, appendectomy, hysterectomy, ovarian resection and other post-operative conditions, if you keep for too long, eat too much, and exercise too little, your body will become full. In fact, eating well and resting are just the basic conditions for rehabilitation. They are by no means the only condition. The positive effect of exercise on rehabilitation must not be ignored, and it is an effective way to prevent obesity after illness. After the illness, when the appetite is extremely strong, you should pay attention to controlling your diet.

Specific obesity is mainly maternal obesity and postmenopausal obesity. Experts from Baishen said that the former is that women caused temporary hypothalamic dysfunction during pregnancy, coupled with excess nutrition during pregnancy and lactation, decreased activity, fat metabolism disorders, and weight often increased sharply, sometimes up to 90--100 In kilograms, within 1 to 2 years after birth, due to the relative decrease in nutrition and normal activities, the weight generally gradually decreases, and the body shape will gradually return to normal. Of course, some people will always stay fat. Postmenopausal obesity is due to the decline of ovarian function, estrogen's inhibition of the pituitary gland, and secondary hypothalamic and pituitary and autonomic nervous system disorders, resulting in abnormal glucose and fat metabolism, increased appetite, increased eating and obesity.

The obesity gene refers to that the protein encoded by the gene is a component of an appetite and energy balance regulation pathway, and the imbalance of this pathway directly or indirectly causes the accumulation of body fat and weight gain. Scientists have cloned 5 genes related to human appetite and weight regulation, namely OB gene, LEPR gene, PC1 gene, POMC gene and MC4R gene

The human OB gene is located on the long arm of chromosome 7 (7q31.3). It is a single copy in the human genome, with a total length of about 20 kb, containing three exons, and a total length of 4240 bp. The OB gene is only expressed in adipose tissue, and its encoded product leptin is a secreted protein, ie, leptin, or leptin, which is composed of 167 amino acid residues. After synthesis of adipose tissue, leptin is secreted into the blood and binds to its receptor LEPRe in the blood.

Second, the human leptin receptor gene LEPR is located in the short arm of chromosome 1 (1p31), and its encoded product leptin receptor belongs to the cytokine receptor family. There are 6 types, namely Ra, Rb, Rc, Rd, Re and Rf, which are generated by different splicing of the LEPR gene after transcription. These receptors are widely distributed in the brain, heart, liver, kidney, lung, spleen, pancreas, testis, and adipose tissue. Leptin combines with receptor LEPRe to produce leptin 2Re; the latter brings leptin into the choroid, where leptin combines with LEPRa to produce leptin 2Ra; leptin 2Ra transports leptin to the cerebrospinal fluid, where leptin Combines with LEPRb, which is widely distributed in the hypothalamus, to generate leptin 2Rb. LEPRb is the only transmembrane protein with signaling function among various receptors of leptin, and one of the physiological effects it produces in the hypothalamus is to induce enhanced POMC gene expression in hypothalamic nerve cells.

3. The human POMC gene is located in the short arm of human chromosome 2 (2p23.3), and the protein it encodes is a prohormone. This protein is decomposed into adrenocorticotropic hormone (ACTH) and melanocyte-stimulating hormone (α-MSH) by the action of preconvertase1 (PC1), and the latter is below the thalamus binds to melanocortin 4 receptor (MC4R).

4. The human PC1 gene is located on the long arm of chromosome 5 (5q152 21), with a total length of 3.3 kb. Its coding product is a protease containing 753 residues, which is specifically expressed in neuroendocrine tissues and belongs to the serine protease family. Its function is to convert pro-hormone to hormone, so it is called pro-hormone convertase (PC1).

5. The human MC4R gene is located on the long arm of chromosome 18 (18q22) in the genome. This gene is mainly expressed in hypothalamic nerve cells. It is the terminal gene in the leptin-mediated appetite regulation pathway. POMC) -derived α-MSH binds to its receptor MC4R in the hypothalamus and produces physiological effects including appetite regulation. 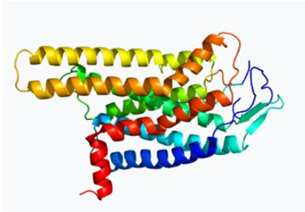 Impact of obesity on women's health

Endocrine disorders: Obese women are prone to endocrine disorders and make them fat, so that there are too many fat cells inside and outside the uterus and it is difficult to get pregnant (sperm and eggs are not easy to implant)

Cancer: Obese women are more likely to get tumors in the endometrium, gallbladder, cervix, ovaries, and breasts.

Skin disease: Obese people often suffer from eczema, which often occurs in skin wrinkles such as the head, armpits, genitals, and interfemoral areas, causing red and itchy eczema. And often appear in the waist, thighs and other lines of pregnancy-like lines, known as fat lines, is due to rapid growth of dermal tissue rupture. In addition, due to cardiac hypertrophy, venous blood flow is slowed and blocked, which can easily lead to varicose veins.

Diabetes: Obesity will cause excessive secretion of insulin in the blood. The more severe the obese, the higher the insulin concentration on fasting, and the insulin secretion cannot be relatively increased after eating, so the phenomenon of increased blood glucose. And experiments have found that obese people have less insulin receptors in their cells or are prone to problems when receiving insulin, so obese people will increase the risk of diabetes. If you lose weight, it will improve the abnormal blood sugar.

Hypertension: Excessive secretion of insulin and decreased insulin action are the causes of hypertension, and high concentrations of insulin will promote the formation of high blood by strengthening the recovery of sodium ions and the frequency of sympathetic nerves. In case of weight loss, blood pressure usually decreases due to reduced systemic blood flow, stroke volume, and sympathetic effects.

Cardiovascular disease: Most obese people have high blood fat concentration, so they are prone to vascular embolism, which accelerates the atherosclerotic changes of blood vessels, which can easily cause coronary heart disease, myocardial infarction, ischemic heart disease and other diseases. Studies have also shown that if you maintain your ideal weight, you can reduce the incidence of cardiovascular disease, congestive heart failure, and cerebral embolism.