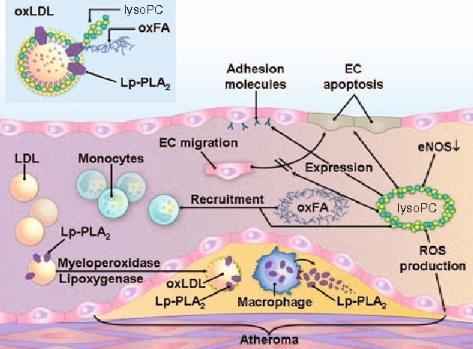 Figure 1. In the circulation,LpPLA2 is bound predominantly to low-density lipoprotein (LDL) that is carried to the vessel wall. (Lavi S, et al. 2007) 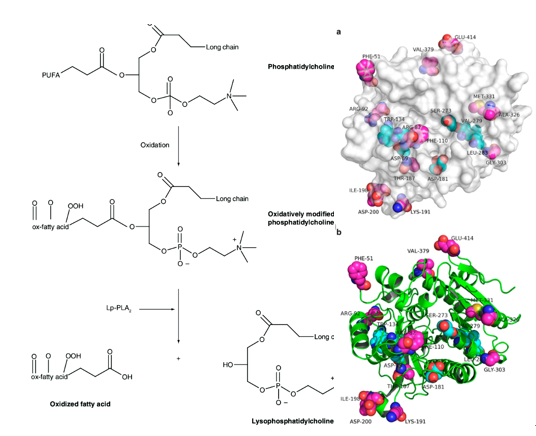 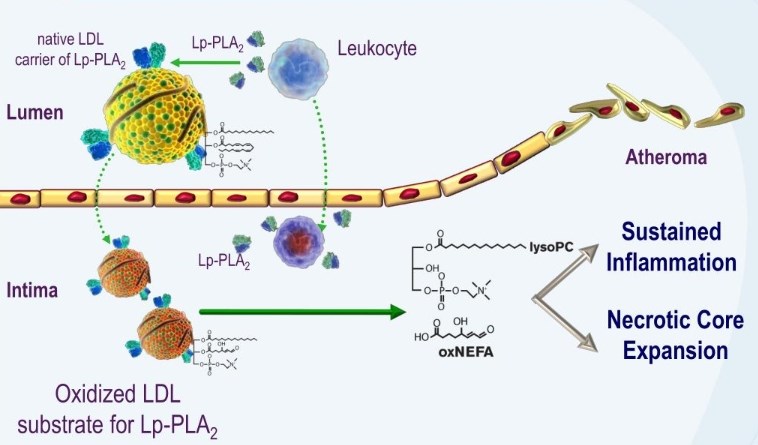 Lp-PLA 2 mainly spreads with low density lipoprotein (LDL) in the blood. Less than 20% is associated with high density lipoprotein HDL. Several pieces of evidence suggest that HDL-related Lp-PLA2 may have a substantial contribution to the anti-atherosclerotic activity of HDL. It is an enzyme produced by inflammatory cells that hydrolyzes oxidized phospholipids in LDL. Lp-PLA 2 is a platelet activating factor (PAF) acetylhydrolase, which is a secreted enzyme that can catalyze the degradation of PAF to an inactive product by acetyl hydrolysis at the sn-2 position, thereby producing a biologically inert product LYSO-PAF And acetate. 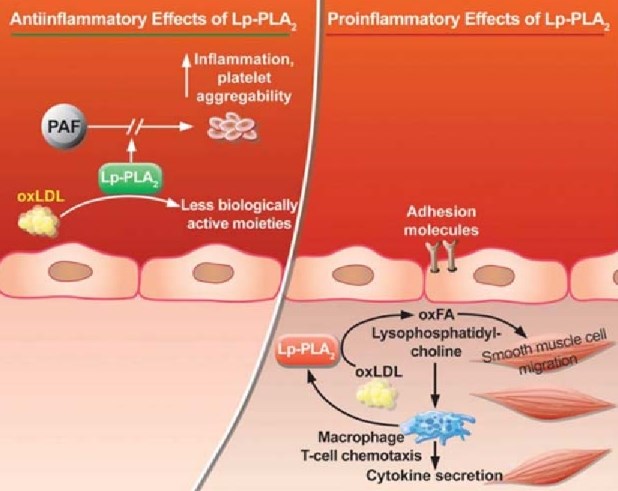 Lp-PLA 2 can hydrolyze oxidized low-density lipoprotein as a soluble proinflammatory and pro-death mediator-lyso-lecithin and oxidized free fatty acids. Lysophosphatidylcholine and oxidized free fatty acids are strong inflammatory factors that can cause endothelial cell dysfunction, increase plaque in the early stages of atherosclerosis, and induce macrophage aggregation to phagocytosis in the later stages, eventually leading to necrosis and increased vulnerability.Its cytokines can stimulate the expression of matrix metalloproteinases, participate in the initiation, development and loss of stability and final rupture of atherosclerotic plaque formation.