Proteasomes are part of the primary mechanism by which cells regulate the concentration of specific proteins and degrade misfolded proteins. Protein degradation is marked with a small protein called ubiquitin. The labeling reaction is catalyzed by an enzyme called ubiquitin ligase. Once the protein is labeled by a single ubiquitin molecule, this is the signal to attach other ubiquitin molecules to other ligases. The result is a polyubiquitin chain that is bound by the proteasome, enabling it to degrade the labeled protein. The degradation process produces peptides of about 7 to 8 amino acids in length which can then be further degraded into shorter amino acid sequences and used to synthesize new proteins. Proteasomes have been found in all eukaryotes and archaea as well as in certain bacteria. In eukaryotes, the proteasome is located both in the nucleus and in the cytoplasm. 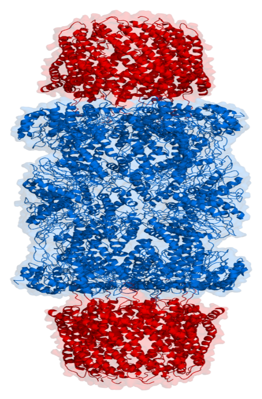 Figure 1. Cartoon representation of a proteasome.

The proteasome core complex is about 700, the sedimentation coefficient is 20S, consisting of 4 coaxial rings, each ring consisting of 7 subunits, forming a barrel structure. The two loops located outside the barrel structure are called alpha loops and consist of seven alpha subunits. The two loops inside the barrel structure are β loops, which are composed of 7 β subunits, wherein β1, β2 and β5 have a threonine protease active site, specifically β, which has Caspase-like peptidase activity, and β2 has pancreas Protease-like activity, βs has chymotrypsin-like activity. These active sites are internal to the 20S central complex, which effectively prevents degradation of non-specific proteins. The 20S core complex can be bound to three regulatory complexes or activators at both ends, such as the proteasome complex of 26S when bound to the 19S regulatory complex. The 19S regulatory complex is bound to the core complex via the a-ring. The 19S regulatory complex consists of 17 different subunits, consisting of two parts, one is a substrate complex and the other is a capping complex. The former consists of 6 ATPase subunits and 2 non-ATPase subunits, the latter consisting of 9 subunits. The ATPase subunits in the basal complex are named Rpt 1~6, respectively, which are responsible for the opening of the degradation cavity channel of the core complex, and have the functions of degrading the substrate to unfold and helping to degrade the substrate into the degradation cavity. 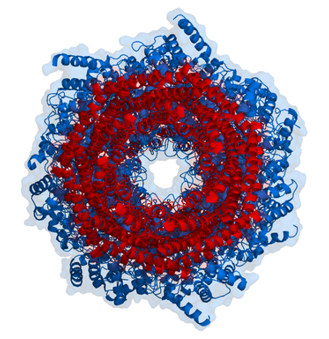 Figure 2. A schematic diagram of the proteasome.

Protein is the embodiment of life function, and proteasome directly affects the renewal of certain proteins, including misfolded proteins and many proteins that play an important role in life activities, such as p53, cyclin, etc. It is obvious that the regulation of these proteins will be directly Affects related biological functions. The function of the proteasome involves cell cycle control, apoptosis, stress response, DNA repair, gene transcription, antigen presentation, signal transduction, cancer, inflammation, the occurrence of neurodegenerative diseases, etc.

1. Role in the immune system

The proteasome plays a direct but vital role in the function of the adaptive immune system. Peptide antigens are displayed on the surface of antigen presenting cells by major histocompatibility complex class I (MHC) proteins. These peptides are products of proteasome-degrading proteins caused by invading pathogens. Although constitutively expressed proteasomes can participate in this process, specialized complexes composed of proteins are the major producers of interferon gamma, whose expression is induced by interferon gamma and is the optimal size and composition of MHC binding. These proteins, which are expressed more during the immune response, include 11S regulatory particles whose primary known biological role is to regulate the production of MHC ligands, as well as specialized beta subunits, called β1i, β2i and β5i, with altered bottoms. Object specificity. A complex formed by a specialized beta subunit is called an immunoproteasome. Another β5i variant subunit β5t is expressed in the thymus, resulting in a thymus-specific "thymic proteasome".

In plants, the direction and tropism of plant growth is determined by signals from auxin or phytohormone to induce targeting of a class of transcription factor repressors against Aux/IAA proteins known as proteasome degradation. These proteins are ubiquitinated by binding of SCFTIR1 or SCF to the auxin receptor TIR1. Degradation of the Aux/IAA protein inhibits transcription factors in the auxin response factor (ARF) family and induces ARF-directed gene expression. The cellular consequences of ARF activation depend on plant type and developmental stage, but are involved in guiding root and leaf vein growth. It is believed that the specific response to ARF inhibition is mediated by specificity in a single ARF and Aux / IAA protein pairing. 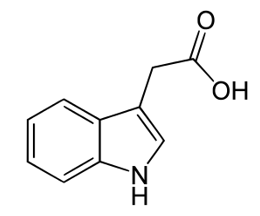 Clinical significance of at least two causes of the proteasome and its subunits: (1) impaired complex components or dysfunctional proteases can be associated with the pathophysiology of a particular disease, and (2) they can be utilized as drug targets in the treatment intervention. Recently, more efforts have been made to consider the use of proteasomes for the development of novel diagnostic markers and strategies. A better and comprehensive understanding of the pathophysiology of the proteasome should lead to future clinical applications.

1. Ciechanover A. Early work on the ubiquitin proteasome system, an interview with Aaron Ciechanover. Interview by CDD. Cell Death and Differentiation. 2005, 12 (9): 1167–77.