Most RTKs are single-subunit receptors, but some exist as multimeric complexes (Figure 1), for example, insulin receptors that form disulfide-linked dimers in the presence of hormones (insulin); in addition, with extracellular structures Domain-bound ligands induce the formation of receptor dimers. Each monomer has a single hydrophobic transmembrane domain consisting of 25 to 38 amino acids, an extracellular N-terminal region and an intracellular C-terminal region. The extracellular N-terminal region exhibits various of conserved elements, including immunoglobulin (Ig)-like or epidermal growth factor (EGF)-like domains, fibronectin type III repeats, or cysteine-rich regions. Regions are characteristic of each subfamily of RTK; these domains primarily contain ligand binding sites that bind to extracellular ligands, such as specific growth factors or hormones. The intracellular C-terminal region presents the highest level of conservation and contains a catalytic domain responsible for the kinase activity of these receptors, which catalyzes receptor autophosphorylation and tyrosine phosphorylation of RTK substrates.

In many ways, extracellular ligand binding generally causes or stabilizes receptor dimerization. This allows tyrosine in the cytoplasmic portion of each receptor monomer to be trans-phosphorylated by its chaperone to propagate signals through the plasma membrane. Phosphorylation of specific tyrosine residues within the activating receptor results in a binding site for the Src homology 2 (SH2) domain and the phosphotyrosine binding (PTB) domain protein. Specific proteins containing these domains include Src and phospholipase Cγ. Phosphorylation and activation of these two proteins on receptor binding leads to the initiation of a signal transduction pathway. Other proteins that interact with activated receptors act as adaptor proteins and do not have their own intrinsic enzymatic activity. These adaptor proteins associate RTK activation with downstream signal transduction pathways, such as the MAP kinase signaling cascade. An example of an important signal transduction pathway involves the tyrosine kinase receptor c-met, which is required for migration to myocyte survival and proliferation during myogenesis. Lack of c-met destroys secondary myocyte production and, like LBX1, prevents the formation of limb muscle tissue. This local effect of FGF (fibroblast growth factor) and its RTK receptor is classified as paracrine signaling. Since the RTK receptor phosphorylates multiple tyrosine residues, they can activate a variety of signal transduction pathways. 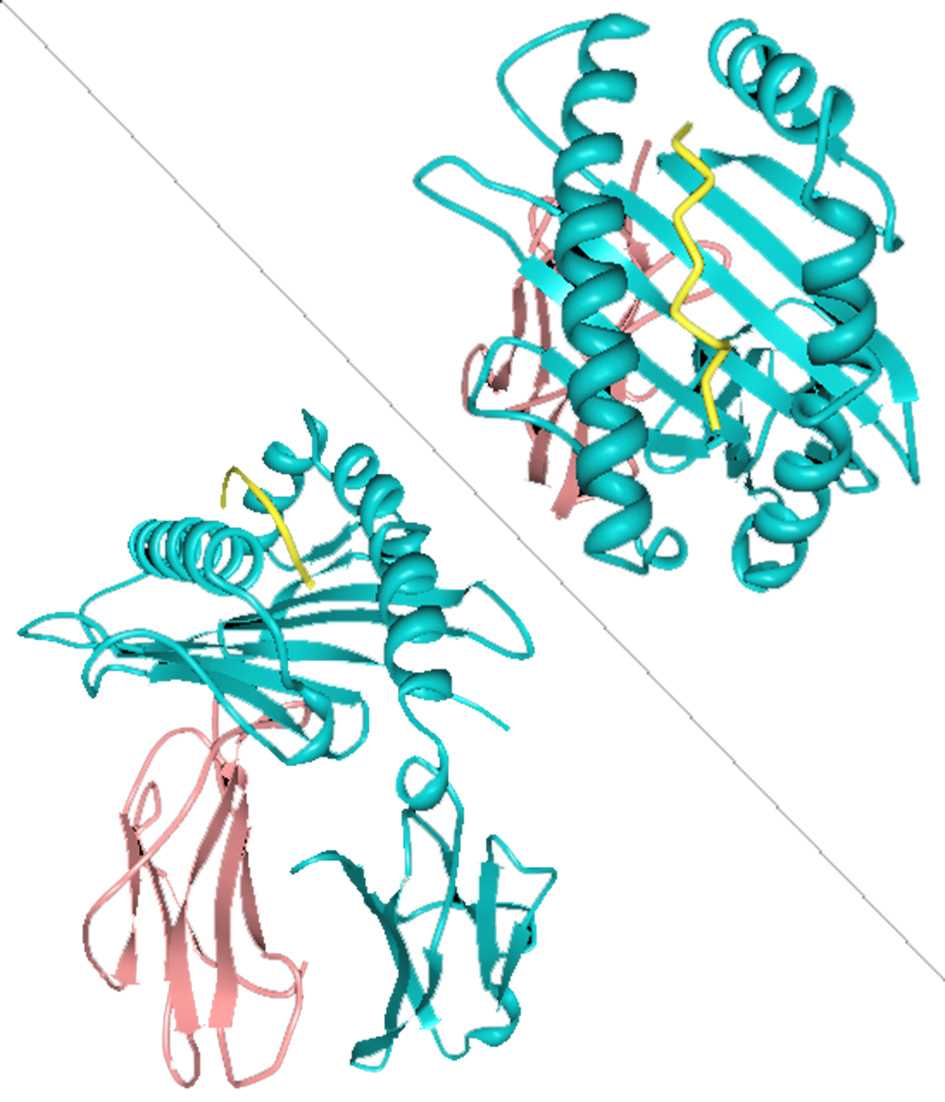 Figure 1. Rendering of HLA-A11 showing the α (A*1101 gene product) and β (Beta-2 microglobin) subunits. This receptor has a bound peptide (in the binding pocket) of heterologous origin that also contributes to function.

RTK have emerged as an attractive target for drug therapy because they involve various cellular abnormalities such as cancer, degenerative diseases and cardiovascular diseases. The US Food and Drug Administration (FDA) has approved many anticancer drugs caused by activated RTK. Drugs have been developed to target extracellular domains or catalytic domains, thereby inhibiting ligand binding, receptor oligomerization. Herceptin, a monoclonal antibody that binds to the extracellular domain of RTK, has been used to treat HER2 overexpression in breast cancer.