A secreted protein is a protein that is secreted outside the cell after synthesis in a cell. For example: salivary amylase, pepsin, digestive enzymes, antibodies and a part of hormones. For example, respiratory enzymes are not secreted proteins. Secreted proteins synthesized on ribosomes pass through the endoplasmic reticulum and the Golgi, rather than being transported directly to the cell membrane. Further research has shown that proteins secreted on ribosomes enter the endoplasmic reticulum and undergo some processing, such as folding, assembly, and addition of some sugar groups, to become a more mature protein. Then, the luminal cavity is expanded by the endoplasmic reticulum, and the buds are formed into membranous vesicles, and the protein is transferred to the Golgi apparatus, and the protein is transported into the cavity of Golgi for further processing. Then, the edge of the Golgi forms a vesicle, which wraps the protein in the vesicle and transports it to the cell membrane. The vesicle fuses with the cell membrane and releases the protein out of the cell.

In the early 1970s, many studies found that among the genes encoding secreted proteins, many genes have a DNA-encoded 15-35 amino acid hydrophobic peptide fragment at the 5' end. This peptide located at the N-terminus of the protein. It is not present in mature secreted proteins and functions to direct the subsequent production of protein polypeptide chains through the endoplasmic reticulum membrane into the lumen. This hydrophobic short peptide plays an important role in the endoplasmic reticulum of the protein, the Golgi-plasma secretion pathway, and is called a signal peptide.

Digestive enzymes are substances contained in the digestive juice secreted by the human digestive organs and are secreted proteins. It promotes the hydrolysis of sugar, fat and protein in food by Oita.The sub-substance becomes a small molecular substance to be absorbed and utilized by the human body. Pepsin and trypsin break down proteins in food into small polypeptide fragments that are broken down into amino acids by the intestinal peptidase in the small intestine. The amino acids are small molecules that can be absorbed into the blood. Fat is broken down into fatty acids and glycerol by lipase before it can be absorbed into the bloodstream. 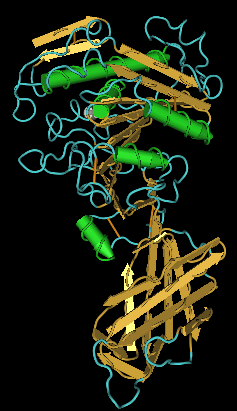 Plasma protein is the most important intrinsic component in plasma and is an important substance in the internal environment. Because it is present in extracellular fluid, it is also a secreted protein. Plasma proteins have the function of storing nutrients, transporting substances, maintaining blood pH stability, and participating in immune function. 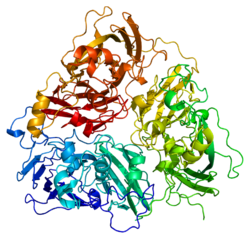 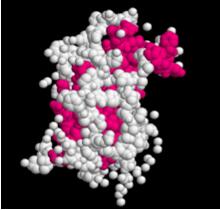