Signaling of various members of the transforming growth factor beta superfamily of type I activin receptor transduction ligands. The cytokine and hormone family included activin, anti-Mullerian hormone (AMH), bone morphogenetic protein (BMP) and Nodal. They are involved in many physiological processes including growth, cell differentiation, homeostasis, osteogenesis, apoptosis and many other functions. There are three types of type I activin receptors: ACVR1, ACVR1B and ACVR1C, each bind to a specific type II receptor-ligand complex. Although these ligands regulate a large number of processes, they all function through essentially the same pathway: the ligand binds to the type 2 receptor, which recruits and rephosphorizes the type I receptor. Type I receptors recruit receptor-regulated SMAD (R-SMAD) and phosphorylate it. RSMAD then translocates to the nucleus and acts as a transcription factor in the nucleu 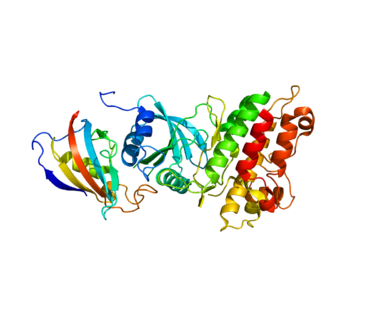 BMPR2 is a serine/threonine receptor kinase. BMPR2  is expressed on both human and animal granulosa cells and is an important receptor for bone morphogenetic protein 15 (BMP15) and growth differentiation factor 9 (GDF 9). These two proteins signaling molecules and their BMPR2-mediated effects play an important role in follicular development for ovulation preparation. However, without the help of bone morphogenetic protein receptor 1B (BMPR1B) and transforming growth factor beta receptor 1 (TGFβR1), BMPR2 cannot bind to BMP15 and GDF9. There is evidence that in the case of polycystic ovary syndrome, the BMPR2  signaling pathway may be disrupted by aldosteronism. 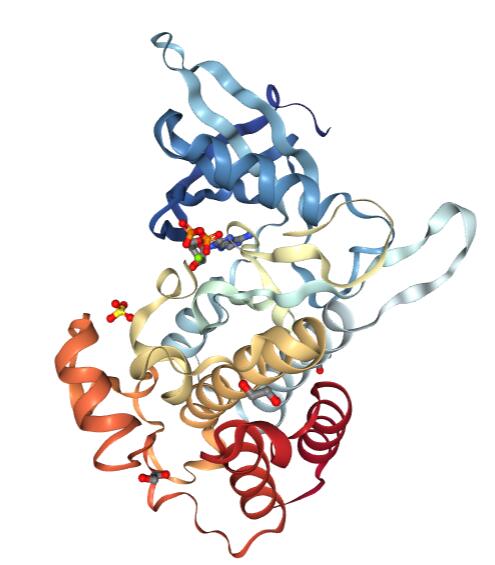 The ITGA6 protein product is the integrin alpha chain α6. Integrins are intact cell surface proteins composed of alpha and beta chains. A given chain may be combined with multiple partners to produce different integrins. For example, α6 may bind to β4 in an integrin called TSP180 or to β1 in integrin VLA-6. Integrins are known to be involved in cell adhesion as well as cell surface mediated signaling. Two transcript variants encoding different isoforms have been found for this gene. The specificity of this integrin chain in the intestinal epithelium is lost, and thus the specificity in its hemidesmosomes is lost, causing long-term colitis and invasive adenocarcinoma.