The WNT (Wingless-Type MMTV Integration Site Family) gene encodes a large family of secreted protein growth factors, which have been found in many animals from hydra to humans. The name Wnt indicates that this family is related to the Drosophila Wingless gene Wg (Wingless) and its vertebrate ortholog gene Int1, which is a mouse oncogene. At present, nearly 100 WNT genes have been isolated from various species. In humans, 19 WNT proteins have been identified, which have 27% -83% amino acid sequence homology and conserved sequences of 23 or 24 cysteine residues. During development, Wnt plays different roles in controlling cell fate, proliferation, migration, polarity, and death. In adults, WNT plays an important role in maintaining homeostasis, and abnormal activation of the WNT pathway is associated with a variety of cancers. 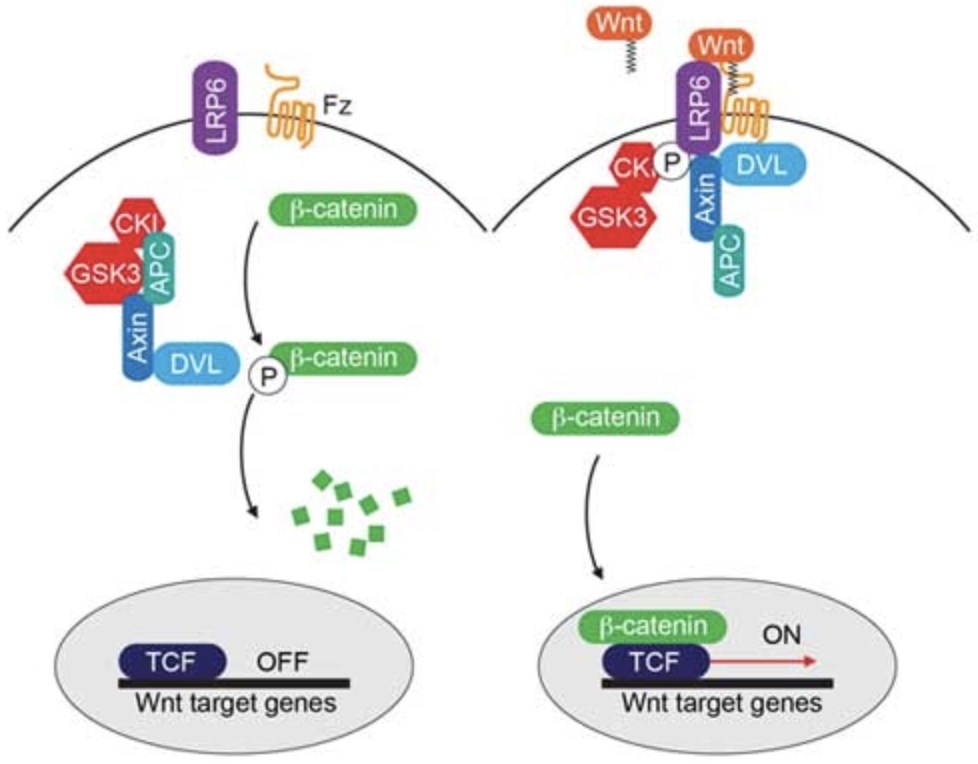 Figure 1. The canonical Wnt/β-catenin pathway. Binding of Wnt to the receptors Frizzled (Fz) and LRP6 leads to inhibition of β-catenin degradation. β-catenin in turn interacts with members of the TCF/Lef-1 family of transcription factors to co-activate target gene transcription. (From wormbook)

Regulates the direction of the spindle and the intracellular pathway of asymmetric cell division.

Figure 2. The Wnt / Ctnn-Beta pathway is the most well-known Wnt signaling pathway and is highly conserved during evolution. (From sohu) 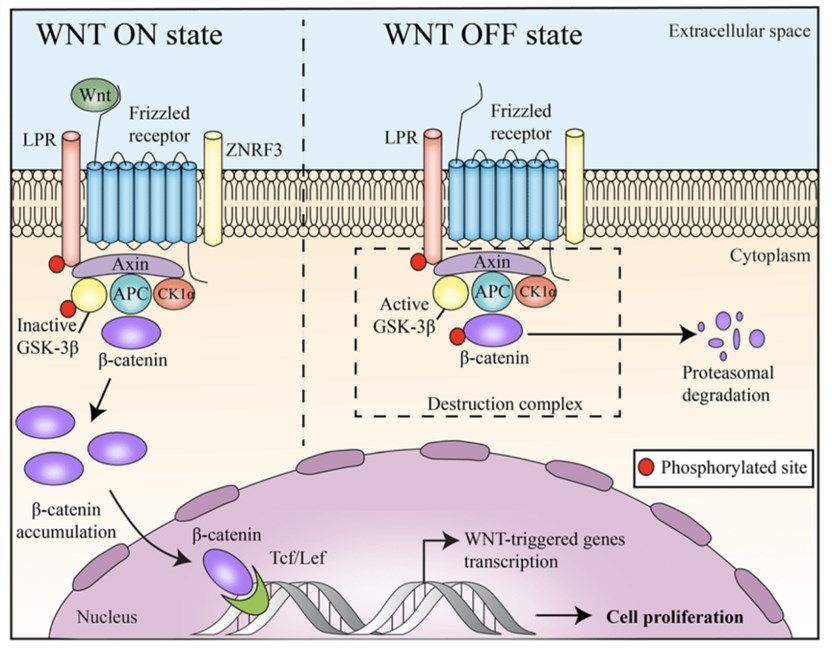 The classical Wnt pathway (Wnt / β-catenin pathway) leads to the regulation of gene transcription and is thought to be partially negatively regulated by the SPATS1 gene. The Wnt / β-catenin pathway is one of the Wnt pathways, which causes β-catenin to accumulate in the cytoplasm and eventually translocate to the nucleus as a transcription coactivator / LEF family of transcription factors belonging to TCF. Without Wnt, β-catenin does not accumulate in the cytoplasm, because there is a destructive complex that usually degrades it. The destruction complex includes the following proteins: Axin, adenomatosis E. coli (APC), protein phosphatase 2A (PP2A), glycogen synthase kinase 3 (GSK3), and casein kinase 1α (CK1α). It degrades β-catenin by targeting β-catenin to ubiquitination, and then sends it to the proteasome for digestion.

When the Wnt protein binds to the cysteine-rich domain of the N-terminal cell of the Frizzled (Fz) family of receptors, Wnt signaling begins. These receptors cross the plasma membrane seven times, forming a unique family of G protein-coupled receptors (GPCRs). However, to promote Wnt signaling, co-receptors and interactions between Wnt proteins and Fz receptors may be required. In new high-throughput proteomics research, the complexity of the transcription complex assembled by β-catenin is beginning to emerge. The confounding nature of β-catenin interacting proteins complicates our understanding: BCL9 and Pygopus have actually been reported to have several functions that do not depend on β-catenin.