The application of recombinant proteins:

To identify the polypeptide coded by a DNA-sequence

To analyze the biological activity

To study the structure-function relationships, interactions

To study the 3D-structure

To do protein engineering and design

To develop a target-specific drug 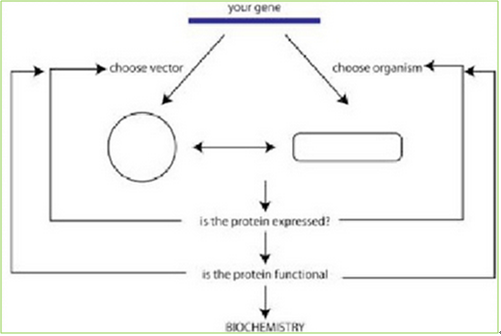 The factors that determine the selection of protein production host:

For human proteins, mammalian cells may be the best, but they are also the slowest and most expensive to use.

Insect cells (baculovirus) have many of the advantages of mammalian cell culture (post-translational modifications, eukaryotic cell system, etc.) but they are faster and cheaper to use.

Yeast is an option for some things, but the differences can bite (particularly in glycosylation pattern and extraction).

E. coli is the cheapest, easiest and fastest by far, but it just doesn’t work for some proteins.

Do you need to add co-factors to the media? Do you need a chaperone or second protein for correct folding?

Industry Analysis: The Application and Development Trend of Recombinant Proteins