Nature Method: How to Effectively and Safely Produce Stem Cell

Nature Method: How to Effectively and Safely Produce Stem Cell 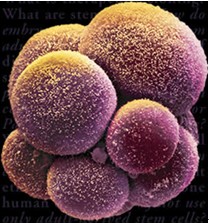 Stem cells are biological cells found in all multicellular organisms, that can divide through mitosis and differentiate into diverse specialized cell types or can self renew to produce more stem cells. In mammals, there are two broad types of stem cells: embryonic stem cells (ESCs) that are isolated from the inner cell mass of blastocysts, and adult stem cells that are found in various tissues. In adult organisms, stem cells and progenitor cells act as a repair system for the body, replenished in adult tissues. In a developing embryo, stem cells can differentiate into all the specialized cells, but also maintain the normal turnover of regenerative organs, such as blood, skin, or intestinal tissues. Stem cells are valued for their "pluripotency" ability to become nearly any cell in the body. Stem cells for research and clinical uses are derived in two ways, either directly from cells young enough to still be pluripotent, or from mature cells that have been "reprogrammed" to be pluripotent.

However, in addition to ethical controversies, ESCs have another problem: tissues grown from ESCs may trigger immune reactions when they are transplanted into patients. In order to overcome both ethical and medical concerns, scientists learned how to coax mature cells (called "somatic cells") that had differentiated into particular types of tissue back to their pluripotent state. These so-called "induced pluripotent stem cells," or iPSCs, set off whole new rounds of research, including a third way to get desired cell types. But research showed that iPSCs have their own problems, such as it has high risk of being carcinogenic or develop into teratomas, it takes a long time to create in the lab, in a highly inefficient process that can take up to two months to complete: First, somatic cells must be reprogrammed to iPSCs, which takes considerable time and effort.; Then, the iPSCs have to be differentiated into specific cell lineages prior to therapeutic application.

Researchers at the Salk Institute for Biological Studies developed the technique led by Fred H. Gage, professor in Salk's Laboratory of Genetics, and their colleagues that allows unlimited production of stem cells and their derivatives.

Their new method for converting cell was published in Nature Methods.

Considering above problems, scientists wondered if doesn’t go all the way to blank a pluripotent stem cell as it does not immediately grow into particular cells. It goes through intermediate progenitor phases where it becomes "multipotent," and can only develop into cell types within a certain cellular lineage. Thus the effective “direct lineage conversion" technique was developed by them in order to avoid the potential problems of working with iPSCs. In direct lineage conversion, one somatic cell is turned into just one other cell type, thus, for example, one skin cell becomes one muscle cell, but nothing else. Further, in order to make the technique more effective and safer, the team dubbed "indirect lineage conversion" (ILC). In ILC, as explained in detail in Nature Methods, somatic cells are pushed back to an earlier state suitable for further specification into progenitor cells. ILC has the potential to generate multiple lineages once cells are transferred to the team's specially developed chemical environment. Most importantly, ILC saves time and reduces the risk of teratomas by not requiring iPSC generation. Instead, somatic cells are directed to become the progenitor cells of particular lineages.

Sancho-Martinez describe it as "We don't push them to zero; we just push them a bit back”.

Using ILC, the group reprogrammed human fibroblasts (skin cells) to become angioblast-like cells, the progenitors of vascular cells. These new cells could not only proliferate, but also further differentiate into endothelial and smooth muscle vascular lineages. When implanted in mice, these cells integrated into the animals' existing vasculature.

It’s a new method for generating stem cells from mature cells promises to boost stem cell production in the laboratory, helping to remove a barrier to regenerative medicine therapies that would replace damaged or unhealthy body tissues as well as reduce production time.

This new method has several advantages over current techniques but still be in more studies.