Anti-oxidant Molecules, also called antioxidant, are substances that prevent the adverse effects of oxygen. It is a class of substances that can help capture and neutralize free radicals, thereby eliminating free radical damage to the human body. Antioxidants refer to food additives that can prevent or delay food oxidation, improve food stability and extend storage life. The correct use of antioxidants can not only extend the storage period and shelf life of food, bring good economic benefits to producers and consumers, but also bring better food safety to consumers.

Figure 1. Structure of the antioxidant glutathione.

Early research on biological antioxidants focused on how to use antioxidants to avoid rancidity caused by the oxidation of unsaturated fatty acids. Antioxidant activity can be measured by a simple method of measuring the oxidation rate of a piece of fat in an oxygenated, sealed container. However, with the discovery and confirmation of vitamins A, C, and E with antioxidant effects, people have realized the importance of antioxidants to play a biochemical role in the body. After recognizing the fact that substances with antioxidant activity may be easily oxidized in their own right, the exploration of the possible mechanism of action of antioxidants first began. By studying how vitamin E prevents lipid peroxidation, it has been clarified that antioxidants as reducing agents can prevent the destruction of cells by reactive oxygen species by reacting with reactive oxygen species to achieve anti-oxidant effects.

(1) Reduce the oxygen content in and around food through the reduction reaction of antioxidants. Some antioxidants such as ascorbic acid and erythorbic acid itself are easily oxidized, which can make the oxygen in food react with it first, thereby avoiding the oxidation of oil.

(2) Antioxidants release hydrogen atoms to combine with the peroxide generated by the automatic oxidation reaction of fats and oils, interrupting the chain reaction, thereby preventing the oxidation process from continuing.

(3) By destroying and weakening the activity of oxidase, it is unable to catalyze the oxidation reaction.

Ascorbic acid, or vitamin C, is a monosaccharide oxidation-reduction catalyst in plants and animals. During the evolution of primates, mutations caused the body to lose an enzyme necessary to synthesize vitamin C, so humans must take vitamin C from their diet. Most other animals have the ability to synthesize vitamin C in the body and therefore do not need to be supplemented with food. By oxidizing L-proline residues to obtain 4-hydroxy-L-proline, procollagen can be converted into collagen. This process requires the participation of vitamin C. The oxidized vitamin C is proteinized in other cells Disulfide isomerase (PDIA) and glutaredoxins are catalyzed by glutathione. Vitamin C is a reducing redox catalyst that neutralizes reactive oxygen species such as hydrogen peroxide. In addition to its direct antioxidant effect, vitamin C is also a substrate for the reductase ascorbate peroxidase. This enzyme has a particularly important effect on plant stress resistance. 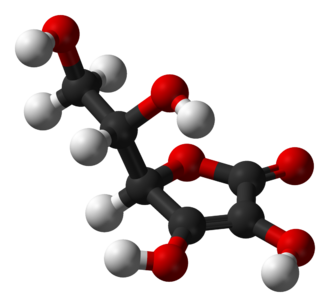 Glutathione is a cysteine-containing polypeptide that is found in most aerobic organisms. It cannot be taken from the diet but is synthesized from the corresponding amino acids in the cells. Because the thiol group on cysteine is reducing and can be reduced after oxidation, glutathione has an antioxidant function. In cells, glutathione is oxidized or directly oxidized by some metabolites and enzymes such as ascorbate, glutathione peroxidase, glutaredoxin in the glutathione-ascorbate cycle after reacting with some oxidizing substances, it can be restored to the reduced state by glutathione reductase. Given its high concentration in the cell and its central role in the cell's redox state, glutathione is one of the most important cellular antioxidants. 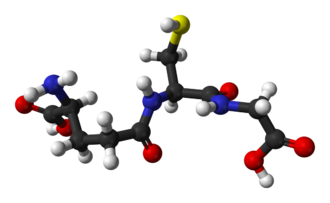 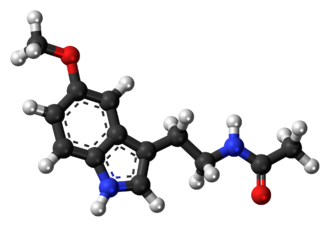 Vitamin E is a collective name for eight related compounds composed of tocopherols and tocotrienols. They are a class of fat-soluble vitamins with antioxidant functions. Among these compounds, because the human body preferentially absorbs and metabolizes α-tocopherol, the bioavailability of α-tocopherol is the largest and it has also been studied the most. Alpha-tocopherol is said to be the most important fat-soluble antioxidant. It removes free radical intermediates and stops the chain growth of free radicals, thereby protecting the cell membrane from the destruction of peroxidized lipids produced by the peroxy chain reaction. The resulting oxidized α-tocopheryl radicals can be other antioxidants such as vitamin C, retinol, or panthenol are reduced to return to the active reduced state and continue to play an antioxidant role.

Some compounds prevent the metal from catalyzing the production of free radicals in the cell by chelating with the transition metal, thereby acting as an antioxidant defense. It is particularly important in this antioxidant defense method to isolate iron ions through coordination chelation, because iron ions are the key to the function of some iron-binding proteins such as transferrin and ferritin. Selenium and zinc are generally considered to be antioxidant nutrients. These two elements do not have antioxidant effects themselves but they do affect the activity of some antioxidant enzymes.