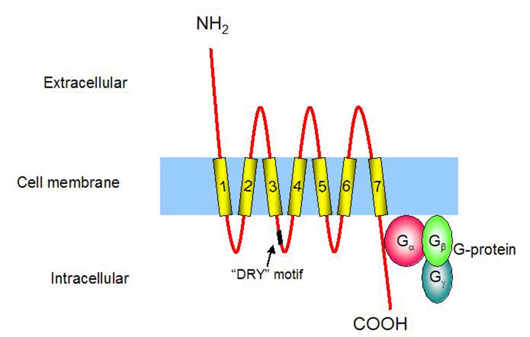 Figure 1. Typical structure of a chemokine receptor, with seven transmembrane domains and a characteristic "DRY" motif in the second intracellular domain.

Intracellular signaling by chemokine receptors is dependent on neighbouring G-proteins. G-proteins exist as a heterotrimer; they are composed of three distinct subunits. When the molecule GDP is bound to the G-protein subunit, the G-protein is in an inactive state. Following binding of the chemokine ligand, chemokine receptors associate with G-proteins, allowing the exchange of GDP for another molecule called GTP, and the dissociation of the different G protein subunits. The subunit called Gα activates an enzyme known as Phospholipase C (PLC) that is associated with the cell membrane. PLC cleaves Phosphatidylinositol (4,5)-bisphosphate (PIP2) to form two second messenger molecules called inositol triphosphate (IP3) and diacylglycerol (DAG); DAG activates another enzyme called protein kinase C (PKC), and IP3 triggers the release of calcium from intracellular stores. These events promote many signaling cascades, effecting a cellular response.

For example, when CXCL8 (IL-8) binds to its specific receptors, CXCR1 or CXCR2, a rise in intracellular calcium activates the enzyme phospholipase D (PLD) that goes on to initiate an intracellular signaling cascade called the MAP kinase pathway. At the same time, the G-protein subunit Gα directly activates an enzyme called protein tyrosine kinase (PTK), which phosphorylates serine and threonine residues in the tail of the chemokine receptor, causing its desensitisation or inactivation. The initiated MAP kinase pathway activates specific cellular mechanisms involved in chemotaxis, degranulation, release of superoxide anions, and changes in the avidity of cell adhesion molecules called integrins. Chemokines and their receptors play a crucial role in cancer metastatis as they are involved in extravastation, migration, micrometastatis, and angiogenesis. This role of chemokine is strikingly similar to their normal function of localizing leukocytes to an inflammatory site.

Human Immunodeficiency virus uses CCR5 receptor to target and infect host T-cells in humans. It weakens the immune system by destroying the CD4+ T-helper cells, making the body more susceptible to other infections. CCR5-Δ32 is an allelic variant of CCR5 gene with a 32 base pair deletion that results in a truncated receptor. People with this allele are resistant to AIDS as HIV cannot bind to the non-functional CCR5 receptor. An unusually high frequency of this allele is found in European Caucasian population, with an observed cline towards the north. Most researchers have attributed the current frequency of this allele to two major epidemics of human history: plague and smallpox. Although this allele originated much earlier, its frequency rose dramatically about 700 years ago. This led scientists to believe that bubonic plague acted as a selective pressure that drove CCR5-Δ32 to high frequency. It was speculated that allele may have provided protection against the Yerisinia pestis, which is the causative agent for plague. Many in vivo mouse studies have refuted this claim by showing no protective effects of CCR5-Δ32 allele in mice infected with Y. pestis. Another theory that has gained more scientific support links the current frequency of the allele to smallpox epidemic. Although plague has killed a greater number of people in a given time period, smallpox has collectively taken more lives. As smallpox has been dated back to 2000 years, a longer time period would have given smallpox enough time to exert selective pressure given an earlier origin of CCR5-Δ32. Population genetic models that analyzed geographic and temporal distribution of both plague and smallpox provide a much stronger evidence for smallpox as the driving factor of CCR5-Δ32. Smallpox has a higher mortality rate than plague, and it mostly affects children under the age of ten. From an evolutionary viewpoint, this results in greater loss of reproductive potential from a population which may explain increased selective pressure by smallpox. Smallpox was more prevalent in regions where higher CCR5-Δ32 frequencies are seen. Myxoma and variola major belong to the same family of viruses and myxoma has been shown to use CCR5 receptor to enter its host. Moreover, Yerisinia is a bacterium which is biologically distinct from viruses and is unlikely to have similar mechanism of transmission. Recent evidence provides a strong support for smallpox as the selective agent for CCR5-Δ32. 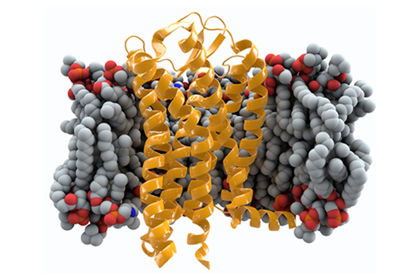 Figure 2. C-C chemokine receptor type 5, also known as CCR5 or CD195, is a protein on the surface of white blood cells that is involved in the immune system as it acts as a receptor for chemokines.