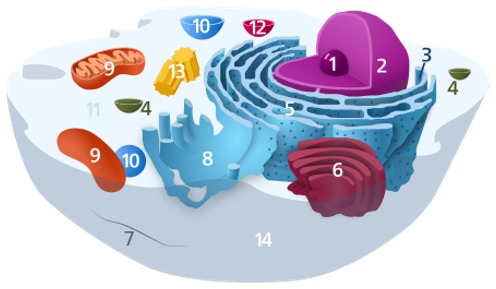 The main morphological feature is that the cytoplasmic surface of the retina has ribosomal particles attached, and hence the name. The rough endoplasmic reticulum is mostly arranged in a squamous sac. It is mainly related to the synthesis, processing and transport of exogenous proteins and various membrane proteins. Therefore, in cells having a function of secreting peptide hormones or proteins, rough endoplasmic reticulum is developed, such as pancreatic cells, plasma cells, and the like. Relatively underdeveloped in undifferentiated or poorly differentiated cells, such as embryonic cells, tumor cells, etc. 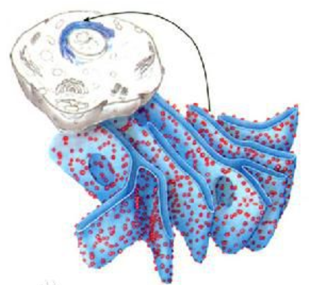 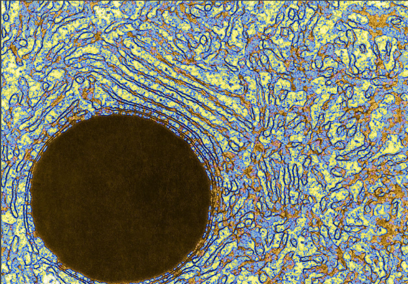 ER's stress response (ERS), after the stress response is still unregulated, and a persistent imbalance appears, the cell will start the apoptosis program. It is generally believed that the apoptosis program is caused by calcium homeostasis, and another important function of the endoplasmic reticulum is to store calcium ions. Under the stimulation of certain signals of the ERS response, the IP3R channel on the endoplasmic reticulum membrane is opened, causing a large amount of calcium ions to flow out. The combination of high levels of calcium ions and calpain requires the hydrolysis of calpain zymogen subunits to be activated. Activated calpain It can cleave a variety of protein substrates, such as cleaving vinculin to destroy the stability of the cytoskeleton and make cells apoptotic. It can also cut Bcl-xL to change from anti-apoptosis to pro-apoptosis. Activated calpain can also be transferred to the endoplasmic reticulum, caspase-12 zymogen is cleaved at several cleavage sites to activate it, acting as an important hydrolase for apoptosis.