FOXO genes were frst identifed in humans because three family members (1, 3, and 4) were found at chromosomal translocations in rhabdomyosarcomas and acute myeloid leukemias. Just after FOXO factors were identifed in human tumor cells, the crucial role of DAF-16 in organismal longevity was discovered in worms. DAF-16 activity was shown to be negatively regulated by the insulin/PI3K/Akt signaling pathway. Subsequent experiments in mammalian cells showed that mammalian FOXO proteins were directly phosphorylated and inhibited by Akt in response to insulin/ growth factor stimulation. Thus, FOXO factors are evolutionarily conserved mediators of insulin and growth factor signaling.

Is there a connection between FOXO and cancer?

Because FOXO proteins were originally identifed in human tumors, and because they play an important role in cell-cycle arrest, DNA repair, and apoptosis — cell functions that go awry in cancer — the FOXO family is thought to coordinate the balance between longevity and tumor suppression. Consistent with this idea, in certain breast cancers, FOXO3 is sequestered in the cytoplasm and inactivated. Expression of active forms of FOXO in tumor cells prevents tumor growth in vivo. Additionally, protein partners of FOXO, such as p53 and SMAD transcription factors, are tumor suppressors. Investigating the ensemble of FOXO protein partners will provide insight into the connection between aging and cancer.

Can you live without FOXO?

Can you live without FOXO? It depends if you are a worm, a ﬂy, or a mammal. Worms lacking daf-16 or ﬂies lacking dFOXO are viable but do not show an increase in lifespan following mutations in the insulin/PI3K/Akt pathway. FoxO1-null mice die at embryonic day 10.5 from defects in angiogenesis. FoxO3- and FoxO4-null mice have also been produced and are viable: FoxO3-null mice exhibit an agedependent infertility in females, while FoxO4-null mice have no apparent phenotype. FoxO6- null mice are currently being generated. The four mammalian isoforms may have both distinct and overlapping functions, and compensation of one member by another may mask the function of individual FOXOs. Investigating the role of FOXO factors in longevity and tumor suppression will require more complex mouse models in which multiple FoxO genes are deleted.

FOXP1 is required for the normal development of mammalian brain, heart, and lungs. It is a member of the FOX family of transcription factors. During development and adulthood, forehead box transcription factors play an important role in the regulation of tissue and cell type-specific gene transcription. The forkhead box P1 protein contains both a DNA binding domain and a protein-protein binding domain. The gene may become a tumor suppressor because it is lost in several tumor types and localized to a chromosomal region that is reported to contain the tumor suppressor gene (3p14.1). Foxp1 is also an important regulator of pulmonary airway morphogenesis. Foxp1 knockout embryos have severe defects in heart morphology. Some of these defects include defects in the maturation and proliferation of cardiomyocytes that lead to dense areas of thin ventricular myocardium, non-separation of the pulmonary arteries and aorta, and increased proliferation and poor differentiation of cardiomyocytes.

Forkhead box protein P2 (FOXP2) is a protein encoded by the FOXP2 gene in humans and is necessary for the correct development of speech and language. FOXP2 is a transcription factor, meaning it encodes a regulatory protein. The gene is shared with many vertebrates and usually plays a role in communication. 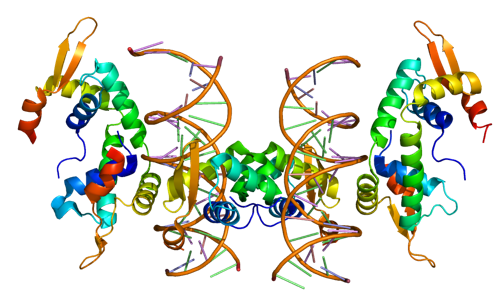 Figure 1. Structure of the FOXP2 protein.