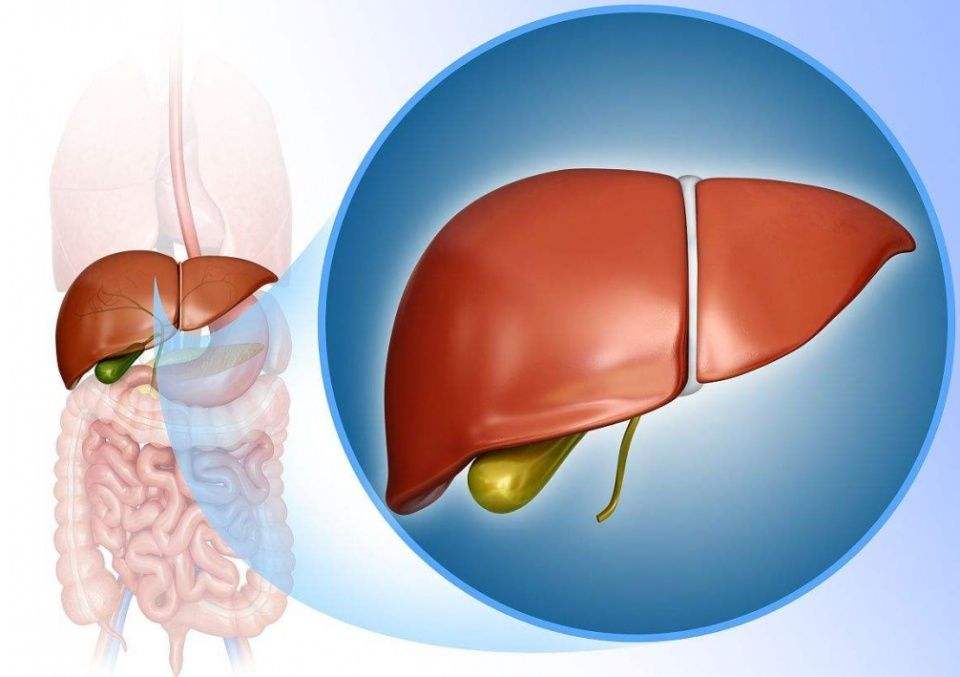 The liver is a tissue in which a few of the internal organs function naturally renew; in about 25% of the liver, the remaining liver can be regenerated into a whole liver. This is mainly due to the re-entry of hepatocytes into the cell cycle. There is also some evidence that bipotential stem cells, called Ovalocytes, exist in the tubes of the duct. These cells are capable of differentiating into any cells or later on cholangiocytes. This is mainly due to the reentry of hepatocytes into the cell cycle. There is also some evidence that double stem cells, called oval red blood cells, can differentiate in the presence of these cells in the Herring's canal. It is a hepatocyte or bile duct epithelial cell (cell bile duct. Normal liver has low fat content, because the liver can combine fat with phosphate and choline to transform into phospholipids and transport it to other parts of the body. When liver function is weakened, the liver's ability to transform fat into phospholipids is also weakened, and fat cannot be transferred, so it accumulates in the liver and becomes "fatty liver". When you accumulate too much fat, you are more likely to develop cirrhosis, which can cause a series of symptoms. In order to protect the liver and prevent illness, people should pay attention to daily hygiene and strengthen physical exercise.

The liver has biotransformation effects on many non-nutritive substances, such as various drugs, poisons and certain metabolites in the body and in the body. They are completely decomposed by metabolism or excreted in the original form. This effect is also called " Detoxification function." Certain toxicants can be converted into non-toxic or less toxic substances that are easily excreted by biotransformation; however, some substances happen to be opposite, with enhanced toxicity (such as pseudo-neurotransmitter formation) and reduced solubility (such as certain sulfonamides). There are many ways of biotransformation of the liver. Generally, water-soluble substances are often excreted from urine and bile. The fat-soluble substances are easy to accumulate in the body and affect cell metabolism. They must be inactivated or transformed by a series of enzyme functions of the liver. It is a water-soluble substance and is discharged.

The endoderm germ layer is established during gastric formation and forms the primitive intestinal tube, which is divided into the foregut, midgut and hindgut regions. Fate mapping studies performed on mouse embryos on day 8.0 of pregnant embryos (e8.0) indicated that embryonic liver originated in the ventral foregut endoderm. The first morphological landmark of the embryonic liver is the formation of the hepatic diverticulum, which is the thickened ventral foregut epithelium pocket adjacent to the developing heart at e9.0. The anterior portion of the hepatic diverticulum forms the liver and intrahepatic bile duct tree, while the posterior portion forms the gallbladder and extrahepatic bile duct. At e9.5, hepatic endoderm cells, called hepatoblasts, stratify from the epithelium and invade the adjacent transverse mesenchyme (STM) to form liver buds. STM helps liver fibroblasts and stellate cells. Between e10-15, the liver bud undergoes a period of accelerated growth because it is vascularized and settled by hematopoietic cells, becoming the main hematopoietic organ of the fetus.