Metabolism is a general term for a series of ordered chemical reactions that take place in an organism to sustain life. These reaction processes enable organisms to grow and reproduce, maintain their structure, and respond to the external environment. Metabolism is usually divided into two categories: catabolism can break down large molecules to obtain energy (such as cellular respiration); anabolic metabolism can use energy to synthesize various components in cells, such as proteins and nucleic acids. Metabolism can be thought of as the process of constant exchange of matter and energy by the organism. Once the exchange of matter and energy stops, the structure of the organism will disintegrate. Metabolism is also called cell metabolism.

Metabolism can be divided into three types: autotrophic, heterotrophic, and facultative, based on whether organisms can use inorganics to produce organics during assimilation.

Humans and animals cannot perform photosynthesis like green plants, nor can they perform chemical energy synthesis like nitrifying bacteria. They can only rely on ingesting organic matter in the external environment to maintain their own life activities. Such metabolic types are heterotrophic. In addition, saprophytic or parasitic fungi, most types of bacteria, their metabolic types are also heterotrophic. In short, in the process of assimilation, living organisms convert ready-made organic substances taken from the external environment into their own constituents and store energy. This type of metabolism is called heterotrophy.

According to the organism's demand for oxygen during the process of alienation, the basic types of metabolism can be divided into aerobic, anaerobic and facultative anaerobic.

Most animals and plants need to live in an oxygen-rich environment. In the process of alienation, they must continuously ingest oxygen from the external environment to oxidize and decompose organic substances in the body and release the energy in order to maintain their own life activities. This type of metabolism is called aerobic, also called aerobic respiration.

This type of organism includes a few animals, such as lactic acid bacteria and parasites that parasitize in animals. They can still oxidize organic substances in the body under hypoxic conditions and obtain the energy needed to maintain their own life activities. This type of metabolism is called anaerobic, also called anaerobic respiration.

Carbohydrates are aldehydes or ketones, with many hydroxyl groups, and can exist in linear or cyclic form. Carbohydrates are the most abundant biomolecules and fill countless roles, such as storing and transporting energy (starch, glycogen) and structural parts (cellulose plants, chitin animals). The basic carbohydrate units are called monosaccharides and include galactose, fructose, and most importantly glucose. Monosaccharides can be linked together in almost unlimited ways to form polysaccharides.

Metabolism involves a large number of chemical reactions, but most belong to several basic types of reactions involving the transfer of functional groups of atoms and their intramolecular bonds. This common chemical reaction allows cells to carry chemical groups between different reactions using a small number of metabolic intermediates. These group transfer intermediates are called coenzymes. Each type of group transfer reaction is performed by a specific coenzyme, which is a substrate for a group of enzymes that produce the enzyme and a group of enzymes that consume the enzyme. As a result, these coenzymes are continuously manufactured, consumed and recycled.

Lipids are the most diverse biochemical reagents. Their main structural use is as part of internal and external biofilms, such as cell membranes, or as an energy source. Lipids are usually defined as hydrophobic or amphiphilic biomolecules, but are soluble in organic solvents such as ethanol, benzene or chloroform. 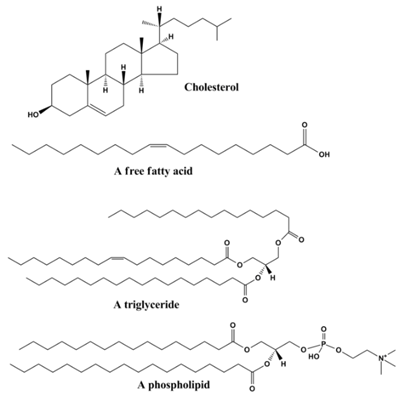 Figure 3. Structures of some common lipids.

Proteins consist of amino acids arranged in linear chains, which are linked together by peptide bonds. Many proteins are enzymes that catalyze chemical reactions in metabolism. Other proteins have structural or mechanical functions, such as proteins that form a cytoskeleton, a scaffolding system that maintains the shape of cells.

Figure 4. The structure of an alpha amino acid in its un-ionized form.