Apoptosis refers to the orderly death of cells under certain conditions in order to maintain internal environment stability. Apoptosis is different from cell necrosis. Apoptosis is not a passive process, but an active process. It involves the activation, expression and regulation of a series of genes; it is not a type of autologous injury under pathological conditions. Phenomenon, but a process of death actively striving for better adaptation to the living environment. From the perspective of cell function, apoptosis is of great significance to multicellular organisms. On the one hand, during the process of biological development, apoptosis can eliminate non-functional, unwanted, abnormal and harmful cells, optimize the structure of tissues and cells, and ensure the normal individual development. On the other hand, throughout the life of the organism, many abnormal cells are produced every day, such as cancerous cells, senescent cells, and cells invaded by microorganisms. Apoptosis clears these cells and is replaced by newly born, functioning cells. Therefore, the birth and death of cells in the body are in a dynamic equilibrium, thereby maintaining the stability and normal function of the number of cells in the body's tissues and organs. 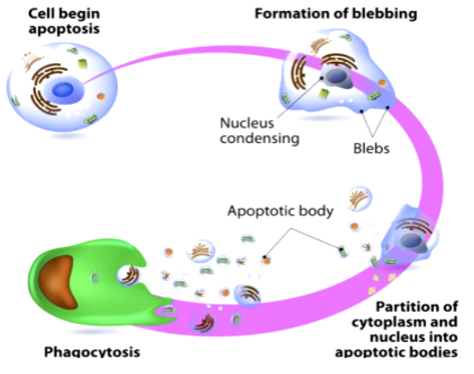 Figure 1. Apoptosis, programmed death, an active death process adopted by the body to better adapt to the living environment

The process of apoptosis can be roughly divided into the following stages: Accepting the apoptotic signal → the interaction between apoptosis regulating molecules → the activity of the proteolytic enzyme (Caspase) → entering a continuous reaction process. Due to the different initiation stages of apoptosis, it can be divided into three main pathways, namely the mitochondrial pathway, the endoplasmic reticulum pathway, and the death receptor pathway. 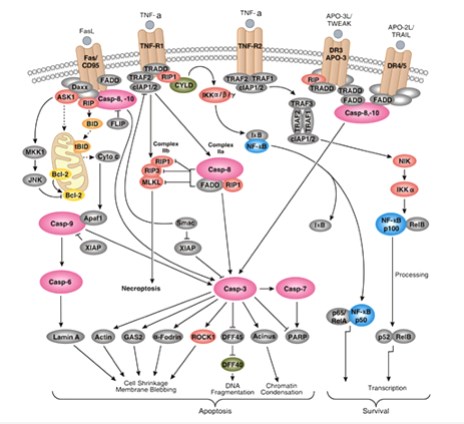 The death domains of Fas molecules cluster together, attracting another protein FADD with the same death domain in the cytoplasm, forming an apoptosis-inducing complex on the cell membrane, thereby activating caspase8, and then causing a subsequent cascade reaction, Cells undergo apoptosis.