Growth factors are a class of organic substances necessary for regulating the normal growth and metabolism of microorganisms, but cannot be synthesized by simple carbon and nitrogen sources. In addition to vitamins, growth factors in the broad sense include bases, purines, pyrimidines, biotins, and niacin, and sometimes include amino acids required for amino acid auxotrophic mutants; while narrowly defined growth factors generally refer only to vitamins. A class of polypeptides that regulate multiple effects such as cell growth and other cell functions by binding to specific, high-affinity cell membrane receptors. It exists in platelets, various adult and embryonic tissues, and most cultured cells, and has certain specificity for different types of cells. Generally, the growth of cultured cells requires the coordination of multiple growth factor sequences. Tumor cells have the characteristic of autonomous growth independent of growth factors.

Growth factors are mostly peptide hormones, including insulin, epidermal growth factor (EGF), fibroblast growth factor (FGF), platelet-derived growth factor (PDGF), and growth hormone release inhibition. Factor (somatostatin = SRIH), etc. In addition to peptide hormones, cortisol and thyroxine (T3) are also growth factors. Among these substances, substances other than hormones have been found to be factors for the growth of cultured cells, but they are also speculated to be developmental factors in vivo. Therefore, tissue culture is considered to be a good experimental method for exploring living development factors. In short, microorganisms are indispensable for life activities, and trace amounts of organic substances that microorganisms cannot synthesize themselves can be called growth factors.

Epidermal growth factor (EGF) stimulates cell growth and differentiation by binding to its receptor, EGFR. Human EGF is a 6-kDa protein with 53 amino acid residues and 3 intramolecular disulfide bonds. EGF was originally described as a secreted peptide found in mouse submandibular glands and human urine. EGF has since been found in many human tissues including the submandibular gland (subparotid gland) and parotid gland. Originally, human EGF was called urogastrone. 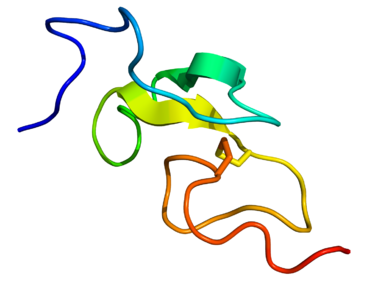 Fibroblast growth factor (FGF) is a class of cellular signal transduction proteins that involves multiple processes, most notably as a key element of normal development. Any irregularity in their function can lead to a series of developmental defects. These growth factors often act as systemic or local circulating molecules of extracellular origin that activate cell surface receptors. The main feature of FGFs is that they bind to heparin and heparan sulfate, so some of them were found to be sequestered in the extracellular matrix of tissues containing heparan sulfate proteoglycans and released locally when injured or tissue remodeling.

Platelet derived growth factor (PDGF) is a basic protein stored in alpha particles of platelets. Is a low molecular weight mitogen. It can stimulate various cells such as fibroblasts, glial cells, and smooth muscle cells that are stagnated in the G0/G1 phase to enter the division and proliferation cycle. Platelet-derived growth factor PDGF was discovered in 1974 as a peptide-regulating factor that stimulates the growth of connective tissue and other tissue cells. It is named because it is derived from platelets. It exists in the alpha particles of platelets under normal physiological conditions. Disintegrated platelets are released and activated, and have biological activities that stimulate specific cell chemotaxis and promote specific cell growth. 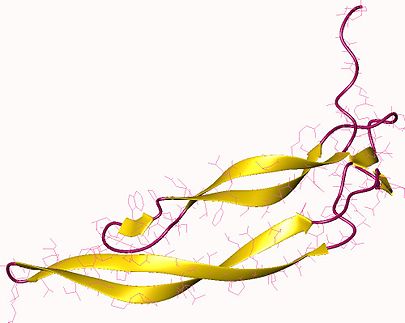 1. Effect on the skeletal system: promote the generation of a large number of osteoblasts and inhibit osteoclasts. Treatment of osteoporosis, femoral head necrosis, arthritis, rheumatism and diseases caused by calcium deficiency.

5. Effect on the endocrine system: promote the growth of human hormones, strengthen the secretion of various enzymes and hormones, enhance kidney function, strengthen water metabolism, and help detoxify the body.

7. Effect on the immune system: stimulate the regeneration of the thymus, accelerate the production of lymphatic T cells, B cells, and phagocytic cells, improve immune function, engulf virus germs and cancer cells, and treat cancer and tumors.