Receptor tyrosine kinase exists as a monomer without binding to a signal molecule and is inactive; once a signal molecule binds to the extracellular domain of the receptor, two monomer receptor molecules form two Polymer, the tails of the intracellular domains of the two receptors contact each other, activating their protein kinase functions, resulting in phosphorylation of the tyrosine residues at the tails. Phosphorylation causes the tail of the receptor's intracellular domain to assemble into a signaling complex. The newly phosphorylated tyrosine site immediately becomes the binding site for intracellular signaling proteins. There may be 10 to 20 different intracellular signaling proteins that are activated after binding to the phosphorylation site on the tail of the receptor. The signal complex expands information through several different signal transduction pathways and activates a series of biochemical reactions in the cell; or combines different information to cause a comprehensive response of the cell (such as cell proliferation). 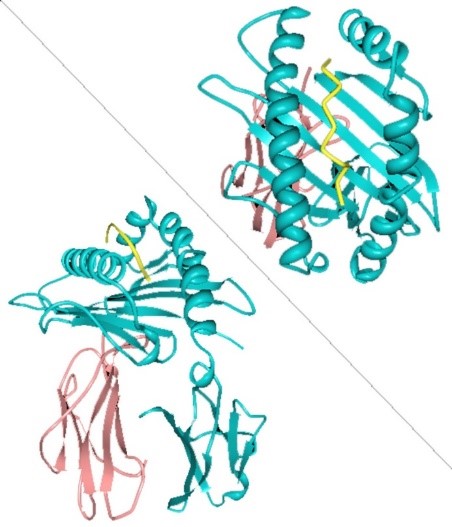 Figure 1. Rendering of HLA-A11 showing the α (A*1101 gene product) and β (Beta-2 microglobin) subunits. This receptor has a bound peptide (in the binding pocket) of heterologous origin that also contributes to function. 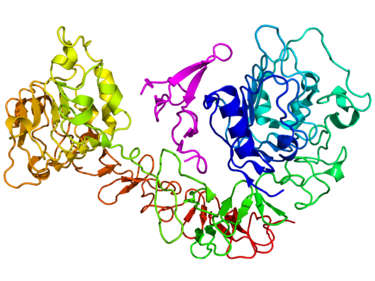 Fibroblast growth factor receptors are related proteins that are involved in important processes such as cell growth and division (proliferation), cell maturation (differentiation), angiogenesis (angiogenesis), wound healing and embryo development. The FGFR2 protein spans the outer membrane around the cell, so one end of the protein remains in the cell and the other end protrudes from the outer surface of the cell. This localization allows the FGFR2 protein to interact with specific growth factors outside the cell and receive signals that help the cell respond to its environment. When growth factors are attached to the FGFR2 protein, the receptor triggers a series of chemical reactions within the cell, instructing the cell to make certain changes, such as maturation to perform special functions. FGFR2 protein plays an important role in bone growth, especially during prenatal development (embryonic development). 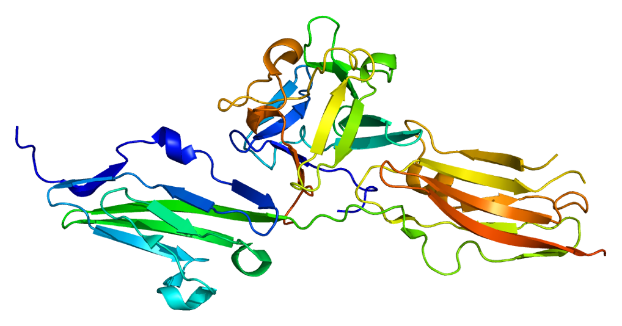 Figure 3. Structure of the FGFR2 protein.

RTK have emerged as an attractive target for drug therapy because they involve various cellular abnormalities such as cancer, degenerative diseases and cardiovascular diseases. The US Food and Drug Administration (FDA) has approved many anticancer drugs caused by activated RTK. Drugs have been developed to target extracellular domains or catalytic domains, thereby inhibiting ligand binding, receptor oligomerization. Herceptin, a monoclonal antibody that binds to the extracellular domain of RTK, has been used to treat HER2 overexpression in breast cancer.